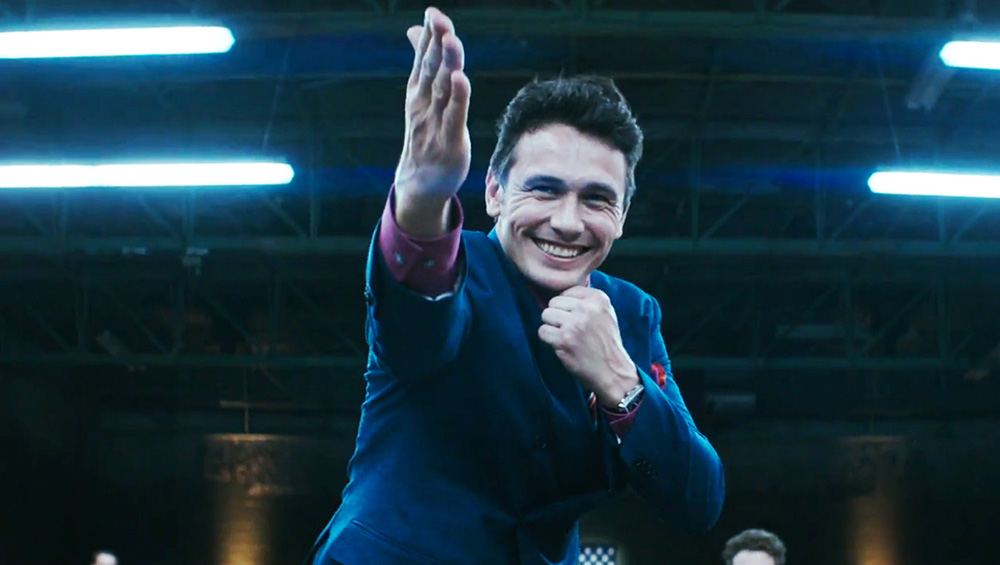 When Not Filming At Dealey Plaza This Week, James Franco Is Locally Shooting A Batshit New Film.

Did you know? It’s true. James Franco is in Dallas, Texas, this week. And, specifically, he’s at Dealey Plaza, filming 11/22/63, a Hulu mini-series produced by J.J. Abrams and adapted from a Stephen King novel of the same name.

James Franco, who is in Dallas right now and filming this show in Dealey Plaza in case you didn’t know, has also posted a photo to Instagram about filming 11/22/63 in Dallas, Texas, right down there at Dealey Plaza.

That show, which James Franco is filming in Dealey Plaza right now, is about the following, according to IMDB: A teacher discovers a time portal that leads to 9/9/1958 and goes on a quest to try and prevent the assassination of John F. Kennedy, which is complicated by the presence of Lee Harvey Oswald and the fact that he’s falling in love with the past itself.

But here’s the thing. Aside from filming the Stephen King adaptation in Dallas, Texas, at Dealey Plaza, James Franco is also filming a movie called Kill The Czar here in town, and right up until October 13. Yes, this talented man, who spreads himself thin by being involved in 445,432,574 projects at any given time and makes all of them suffer for it, is co-directing this other movie with Bruce Cheung while he’s in town, too.

Concrete details on the film haven’t been released yet, but there is a casting call floating around. Here’s what it’s seeking:

Basically, this will be a movie in which a Japanese business man will show his ass in a “comical” scene, a ninja will do parkour and a bunch of goons will do a bunch of things that goons do.

OK, you all can feel free to go back to talking about the TV show that James Franco is filming in Dallas, Texas, right over there at Dealey Plaza just about now.