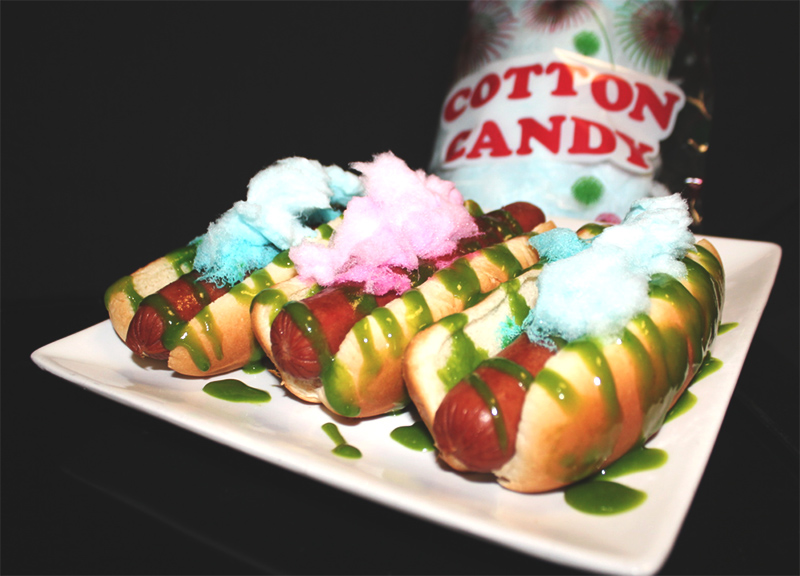 The Rangers' Postseason Menu Is More Unhealthy And Strange Than The State Fair's.

Congrats to the Texas Rangers for pulling together a remarkable run in the second half of the season to win the AL West for the first time since 2011!

Obviously, this is great news — especially in light of the fact that the club has watched the postseason from the sidelines since 2012.

For one thing, it's pretty imperative that the fans in this here baseball town actually show up to support the team during its postseason games at the Ballpark — something they couldn't be bothered to do as the team climbed back into contention over the dog days of summer. Things got so bad out Arlington way, in fact, that talk of stadiums in Downtown Dallas when the Rangers' lease ends in 2024 have resurfaced.

Maybe this is all why the Texas Rangers organization and its concessions partner in Delaware North Sportservice have been focusing their combined efforts so hard on non-baseball-related stadium draws in recent years? Hey, anything to get those butts in the seat, we suppose.

But now things are getting ridiculous. Earlier this week, the

There's also a thing called an Inside Out Hot Dog, which is a hot dog drowned in mac and cheese, mashed potatoes, with brisket, chili or shredded chicken.

And, despite a fancy name like “The One-Pound Top-N-Go Cheetos,” there's an item that's just a bag of Cheetos filled with meat, cheese, sour cream and jalapenos — and costs a full $26.

How over-the-top can the @Rangers get when it comes to playoff food? read @sblaskovich http://t.co/AFVz30SzaQ pic.twitter.com/0i19NG8oX8— David Duitch (@davidduitch) October 5, 2015

But, wait, there's also a two-foot-long brownie cooked with Rice Krispies crust, dipped in funnel cake batter and then fried. It's called the Elvis Jabberdog Brownie and there's even a junior version for those that don't want to literally turn into a sentient version of diabetes when watching a baseball game.

What in the actual fuck is happening here? This stuff isn't funny, appealing or even all that interesting. It's just completely gross. How is the MLB, which sponsors events that promote “good health,” OK with this?