Fort Worth’s Deadly Pile-Up Was One Of History’s Worst. 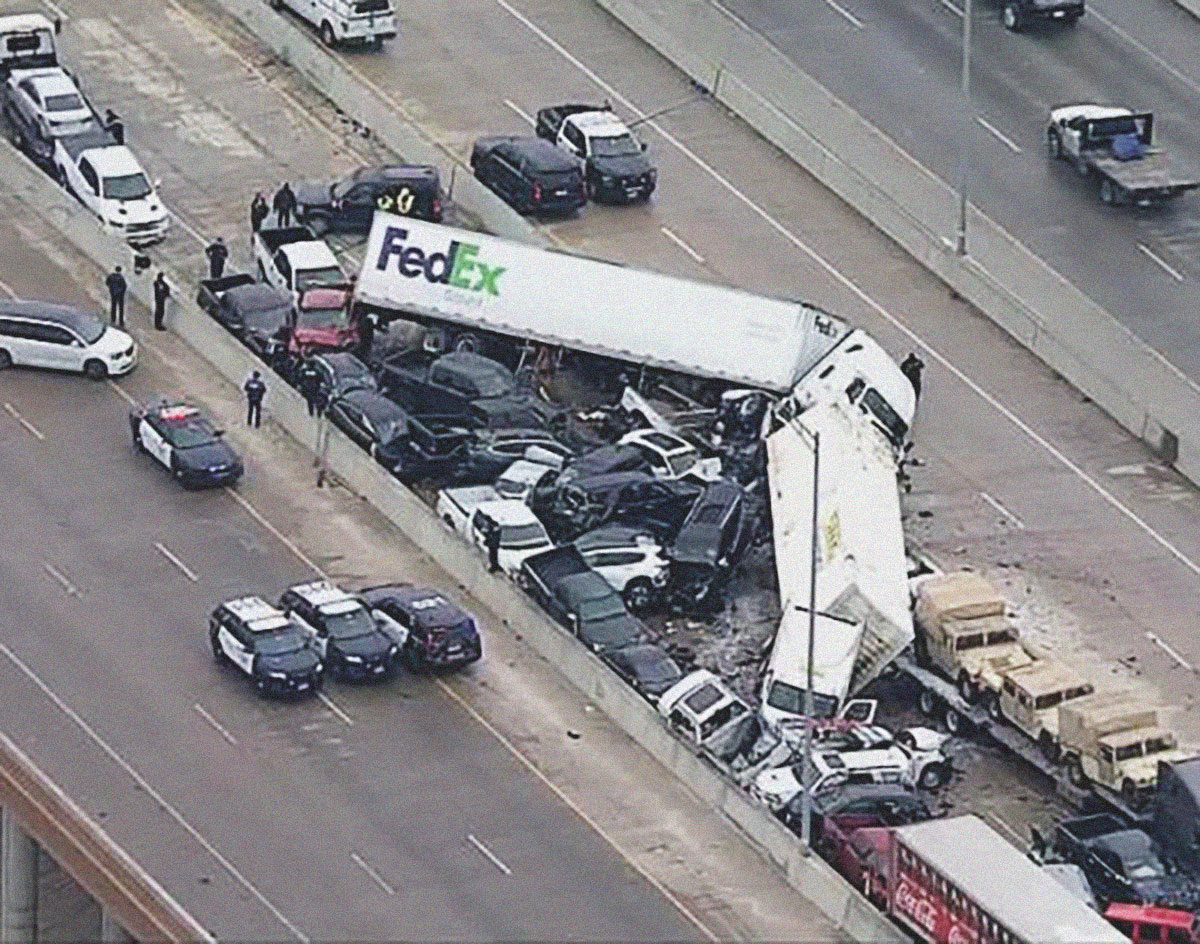 Thursday Morning’s 133-Vehicle Collision Along I-35W Just North Of Downtown Fort Worth Stands Among The Largest And Deadliest In U.S. History.

Shortly after 6 a.m. on Thursday, February 11 — before the sun even rose on a chilly Fort Worth morning — 133 vehicles were involved in a historically fatal mass collision along Interstate 35W.

Six people were pronounced dead at the scene. At least 65 others were injured badly enough to be sent to a hospital, three of them in critical condition. Some were trapped in their cars as a result of the collisions, needing firefighters to pry their doors open and help them out.

They’re still cleaning up the scene.

Here at the scene in North Fort Worth of one of the worse disasters I have ever seen in this area. Pray. Pray hard. 100+ of vehicles… @CBSDFW @CBSNews @ABC @WeatherNation @weatherchannel @ReedTimmerAccu @FoxNews @cnnbrk pic.twitter.com/HFpeJoRA2Q

According to the Wikipedia entry on multiple-vehicle collisions, the accident was (rather unfortunately) historic: It counts the fifth-most deaths, sixth-most injuries and seventh-most vehicles of any such collision in U.S. automotive history.

A few more staggering numbers about the crash: Per the Dallas Morning News, it drew 26 fire department vehicles, 80 police cars and 13 ambulances in its aftermath.

Also in the wake of the accident, at least three state lawmakers are asking the Texas Department of Transportation to investigate whether the highway was properly treated by authorities in advance of the morning’s expected icy conditions. The Fort Worth Police Department says it will conduct its own investigation into whether proper action was taken that could’ve prevented such a deadly scene.

Preliminary information on MCI in Fort Worth. More info will be released later. At least 100 vehicles involved, 5 fatalities, 36 transported to local hospitals. #yourFWFD continues to work the incident and will be on scene for several hours. pic.twitter.com/DUtRJFKSI9

While Fort Worth’s 133-car pile-up was by far the day’s largest, it was just one of many multiple-vehicle collisions brought on by a dangerous combination of precipitation and low temperatures across the Metroplex. Per the DMN, police departments in each of the region’s largest cities reported dozens of multiple-vehicle collisions within their jurisdictions throughout Thursday, many of them also along highways.

In a statement to the media sent out shortly after 5 a.m. on Thursday morning, Sgt. Warren Mitchell of the Dallas Police Department said of the number of multiple-vehicle collisions that Dallas cops were dealing with: “There are to [sic] many for us to call to gain information.”

Already by that time, though, he could report that at least two of the collisions that occurred overnight in Dallas city limits were fatal.

With a winter storm warning in effect for the region through Monday and a dreadfully cold and treacherous 10-day weather forecast ahead for the Greater Dallas area, please avoid the roads if you can these next few days.

If staying off the roads is simply not in the cards for you, maybe refresh yourself some on proper driving strategies during icy conditions.

You can never be too prepared.