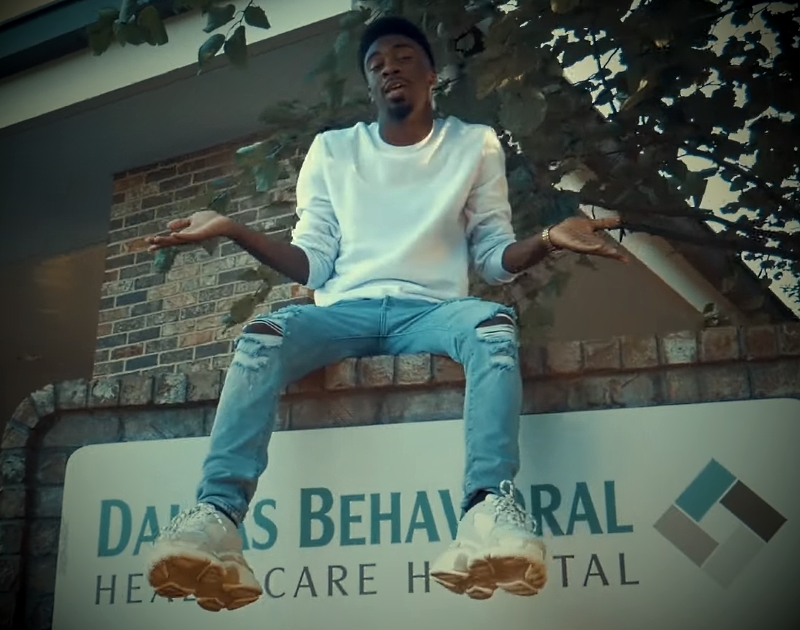 Check Out T.Y.E. Rapping Openly About His Past Mental Health Struggles Ahead of His Major Label Debut.

T.Y.E. – “Who Knows That.”
RIYL: That chicken from Popeye’s.
What else you should know: Since releasing our favorite area-tied track of 2016, we’ve pretty much all been T.Y.E. Stans around these parts, anticipating and spinning each new track or album he’s released.

That track was a wild ride of manic changes and unsettling symphonic elements tagged with an angry and aggressive hard rap coda, written in a time of much less certainty in the rapper’s life. The former opera student had been diagnosed as being bipolar, and three years ago this month he was involuntarily admitted into Dallas Behavioral Healthcare Hospital after a suicide attempt.

The release of “Who Knows That” finds all that business behind him. Focusing on the promise of big things ahead – T.Y.E. is gearing up to release a debut for Ice Cube’s Lench Mob imprint on Interscope next year – he’s independently dropped this single out of the pure joy for the process.

It also kind of bookends that period started by “La La Land,” featuring some of those same off-putting orchestral backing bits and rapping honestly and openly about his past mental health issues. Without ever sounding too preachy, he manages to exercise those demons and spread a message about that proverbial light at the end of every dark tunnel.

As with most every T.Y.E. track, it comes with a slick video by frequent collaborator DanceDailey, another parallel to that 2016 song that first put him on our radar. It’s a poignant and upbeat manner in which to close out this chapter and look ahead to his major label days with the utmost optimism.