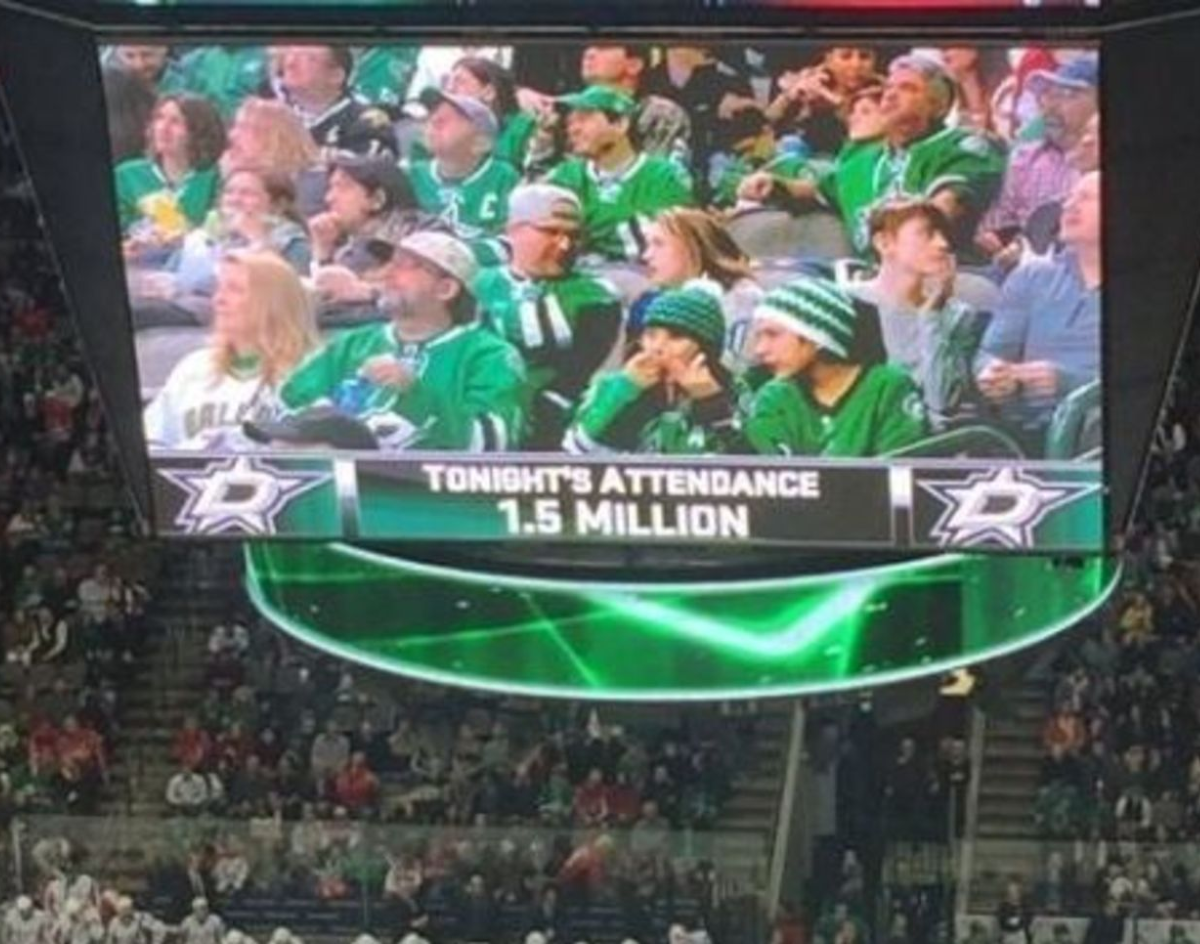 The Stars’ Playoffs Hopes May Be Dwindling, But At Least They Set A Staggering New Home Attendance Record This Week.

Your Dallas Stars are at a crossroads. Dubiously boasting the NHL’s second to worst penalty kill, and 20th ranked power play, Dallas is teetering on the brink of irrelevancy in the Western Conference with two months of play left. But alas, within those two months, there is enough hockey left to mount a comeback that can put our boys in Victory Green™ back into the playoffs for an unlikely and epic run like Stanley Cup winners of recent past. But to do so, they must win, and they must win now…

• Darkness Music at Buffalo Sabres, 1-4.
Welcome home Lindy! Buffalo netted their first goal just 19 seconds into the contest, causing Dallas to “chase” all afternoon. I put chase in quotes because I’m not sure what the hell they were actually doing. The Stars were never in this game and played like a bottle of Faygo left in the trunk of a juggalo’s 1994 Toyota Tercel during Gathering of the Juggalos. Flat and tacky. It’s a disturbing trend, giving up consecutive goals early in a game, it’s no good. Ahh, well what can we say about this game that anyone would want to read? How about that Adam Cracknell was a healthy scratch and Cody Eakin is back to being this team’s No. 1 center? Gulp. Frustration abounded as Jamie Benn snapped his stick across his knee while skating to the bench. But like a ‘roid raging Ranger from the ’90s, he proceeded to snap two more just for the hell of it. That’s about $600 dollars in equipment, bad Jamie!!  We were watching the Buffalo broadcast, and they kept putting up the “RJ cam,” which shows their play-by-play man in the bottom corner of the screen calling the game, while the game is happening. It was distracting and weird.
Kari Lehtonen, overall had a solid game, the Stars just didn’t care. Neither did the Buffalo crowd — they done got so bored during the game they actually started the wave. Yes, the wave.

BUFFALO SUCKS. WE SUCK. EVERYTHING SUCKS.

Of note: Do the Sabres have the best goal song in the league? We think they might could be yeah…

• Victory Green™ at New York Rangers, 7-6.
Well GOT DAMN, the Stars surrendered a goal on the first shot of the game, yet again! Inconceivable! Antti Niemi followed that crap up with letting yet another goal in for a second goal for the Rangers, but thank Allah it was waved and the Rangers were assessed a penalty for running the goaltender. This seemed to awaken the Stars as the PP went to work, zipping the puck around with efficiency and an authority we haven’t seen in ages. Eaves netted a goal just 18 seconds in, and the Stars were humming. ‘Member last time Dallas took on the Rangers? Cody Eakin blindsided NY netminder Henrick Lundvquist and was subsequently suspended. How did the Rangers respond in this meeting? By hitting him over the head with his own helmet! Ouchies!  The Stars went on to win a wild one where goaltending lives don’t matter, aka the 1980s NHL.

• Loser Point vs Washington Capitals, 3-4 (OT).
Oh, the Stars lose in overtime, less than 22 seconds into the bonus frame yet again? Oh well. It’s beyond me as to why we suck so bad in overtime. Is it personnel, coaching, or this guy? A real crappy way to lose a game in which you outplayed your opposition for the majority of the contest, and even had a 3-1 lead at one point. Yeah, the Crapitals are a very good team this year, but please, just shut it down. Three fights opened the contest as a clearly frustrated the Dallas squads attempts to intimidate a more talented opponent, but whatevs. Special teams sucked, goaltending sucked, the final results sucked. The silver lining from the game was the single loser point, and the Dallas Stars presentation crew making national headlines for making funnies about political stuff.

P.S.: Cody Eakin had yet another awful game. He’s the worst passer on the team, overskates plays, farts and falls down at crucial moments, and has the hockey sense of Mr. Magoo. WHY IS CODY EAKING OUR FIRST LINE CENTER. STOP THE MADNESS PLEASE. Radek Faksa > Cody Eakin. 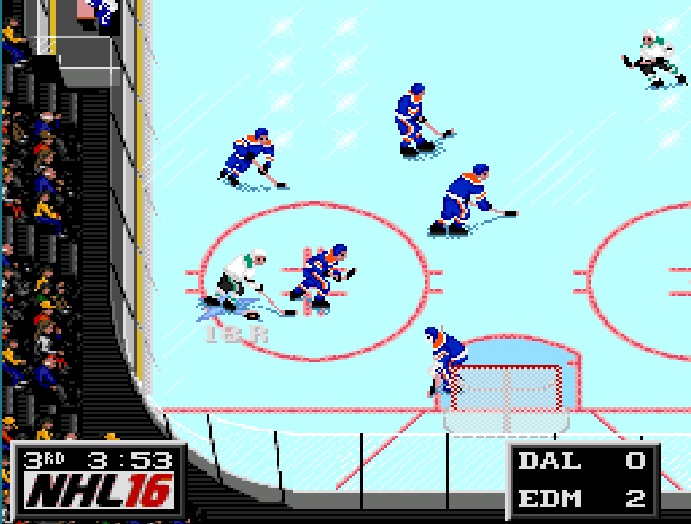 Patrick Eaves has been like some diamonds, but we had alotta cow poo poo around him. And the diamonds was mixed in with the poo poo, it just all look like poo poo.  Still, five points in four games for good ol’ Patty Eaves, who is having a career year. May the heavens bless he and his family for generations.

This is it. Your Dallas Stars have to make hay during the homestand in order to keep playoff hopes alive, and with just two games this week, expect for a ferocious effort from Jamie Benn and Co. Tuesday the team hosts the Wild,  and on Thursday it’s the Sabres. Beat them. Les Beat Them Up!

P.S.: We thought it only fair to contrast one of our favorite Billy Joel songs with one of our least favorite, ya know, it’s 2017 and everything has to be polarized for anyone pretending to pay attention before their Starbucks order arrives.