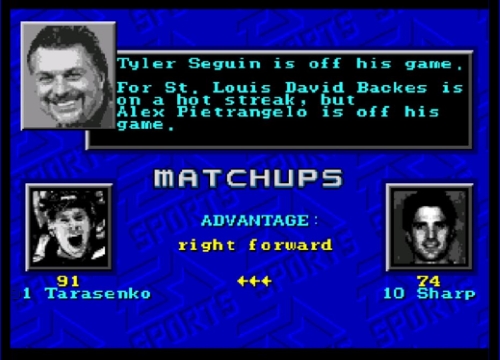 The Stars Get A Statement Win Over The Defending Stanley Cup Champs.

Your Dallas Stars have reached a critical segment of the 2015-2016 season.

A talc-soft early season schedule has allowed for point accumulation against weaker opponents, sure. But can they continue their Torrid pace against a tough Central Division this week? How dem boyz gonna play against the likes of former Stanley Cup champions and “built-to-win-now” squads? The Stars have been #blessed with a healthy roster and not having Trevor Daley* on defense, but can we say this a week from now?

These are all excellent questions, and I'm proud of myself for asking them. That's called courage.

Let's review the week prior and preview the Torrid week ahead:

• VICTORY GREEN™ at Minnesota Wild, 6-3. First Period: Wild score first. Then Wild score again. Then Lehtonen gets replaced by Niemi. Second Period: Jordie Benn scores. Then Fiddler and Seguin each score. Third Period: Roussel scores. Then Wild score. Then Cody Eakin and Fiddler score empty-netters. I am truly sorry for this terrible game review, but there's nothing I can do about it.

• VICTORY GREEN™ vs Chicago Blackhawks, 4-0. The Stars headed back to Dallas to take on a well-rested Blackhawks team. After fairly even play through two periods, the Stars showed the world why they are the best team of all time, piling on three goals in the third period to defeat the professional and handsome Blackhawks in a rare Dallas shutout. Bandwagon Chicago fans and Patrick Kane go home sad and goalless, and without goals. It's a Christmas miracle! Former 'hawks players Sharp, Oduya and Niemi have standout performances in the contest.

• Loser Point at St. Louis Blues, 2-3. A 3-0 loss to the Blues earlier in the month raised questions of the Stars' ability to compete against elite Western Conference teams. The Stars answered those raised questions by losing in a shootout against an elite Western Conference team. Niemi kept the sluggish Stars in the game long enough to eke a point out of the match. All things considered, the shootout was actually entertaining. Very fun, very fresh, very cool, very nice. I like it.

• VICTORY GREEN™ vs St. Louis Blues, 3-0. Break out the Zoloft; it's the Blues again. Honestly, though, this was the game of the week. I love when the Stars play angry. Y'all may like 'em when they're smiling and scoring ten goals a game, but I don't. I want my team upset, energized and macro-trigger angry. That's playoff hockey. Kari had the rare Dallas shutout here, too, so all of the Missouri haters who keep tweeting me can respectfully not do that anymore.

Barry Melrose, as usual, is wrong here. Birthday boy Patrick Sharp is the MVP. He done did score good goals and assists and, in general, played excellently this week. Sharp works hard as hell (no offense), and is a consummate professional. The Stars are a better hockey team with him in the lineup, wherever coach Lindy Ruff slots him.

Three of the Stars' next four games come on the road with stops in Columbus, New Jersey and New York, with a New Year's Eve contest at home against the Predators thrown in there in the middle to break things up. Call it a stretch — the Stars are the only Western Conference team that hasn't lost consecutive games this season — but my bold prediction is that they're gonna win every game next week regardless of who they play. Shout out to my girl Alyssa Milano.

*Daley was a trooper for the Stars, a natural skater with good vision, and a great teammate. However, he should have been moved from defender to winger early in his career. Best of luck to Trevor in Pittsburgh.