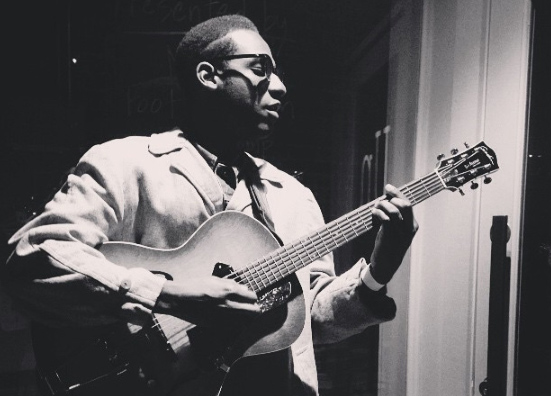 Leon Bridges Gets Taken To No. 4.

A lot can change in a year.

When Leon Bridges appeared on our list of the top local songs of 2014 things were different, to say the least. While gushing about his song “Better Man,” one of only two official recordings he'd released to that point, all we could talk about was how he seemed to come out of nowhere, quickly becoming one of the area's most promising performers in just a few months' time.

A few short weeks after that piece, he began what turned into an unprecedented 2015 that saw him making seven televised performances, getting to share the stage with The Beatles, topping the Billboard R&B charts and earning a Grammy nomination.

And one of the biggest leaps on that step to stardom came at the end of April, when his song “River” earned a placement in a prominent Beats by Dre ad that ran ad nauseam during the NFL Draft.

Yes, even before his debut album officially earned its release in June, that disc's eventual closing track, “River,” helped jump-start Bridges on the path toward becoming something of a household name.

The track is a minimal-yet-powerful soul number that really cuts Leon's sound down to its utter essence. Long before he was sharing stages with the Willie Nelsons and Neil Youngs of the world — or, hell, even the locals known as the Texas Gentleman — he was a compelling solo performer with a unique ability to induce chills even in stale open mic night environments, the kind of musician that can stop you dead in your tracks when you randomly stumble on him busking one night.

Even after the remarkable, rave review-filled year he's had, it was perhaps his performance of “River” on a recent episode of Saturday Night Live — where he was backed by a minimal band and a Nashville gospel choir — that earned him the most global respect to date. We've seen him captivate and bring entire rock clubs to a complete hush with nothing but his voice and a beat up old acoustic guitar in the past, but it was that SNL debut that proved Bridges could effectively captivate the nation with nearly that same formula.

A year ago, all we could talk about was how this kid was going places. Now, Bridges has been everywhere, man. Everyone from you mom to your landlord knows who he is — or, at the very least, is familiar with his music.

And if there's still anyone out there complaining that Bridges got too big too fast, didn't pay his dues or otherwise doesn't deserve the success he's earned to date, we recommend they revisit the raw and inspiring talent on display throughout “River,” and then promptly shut the hell up.