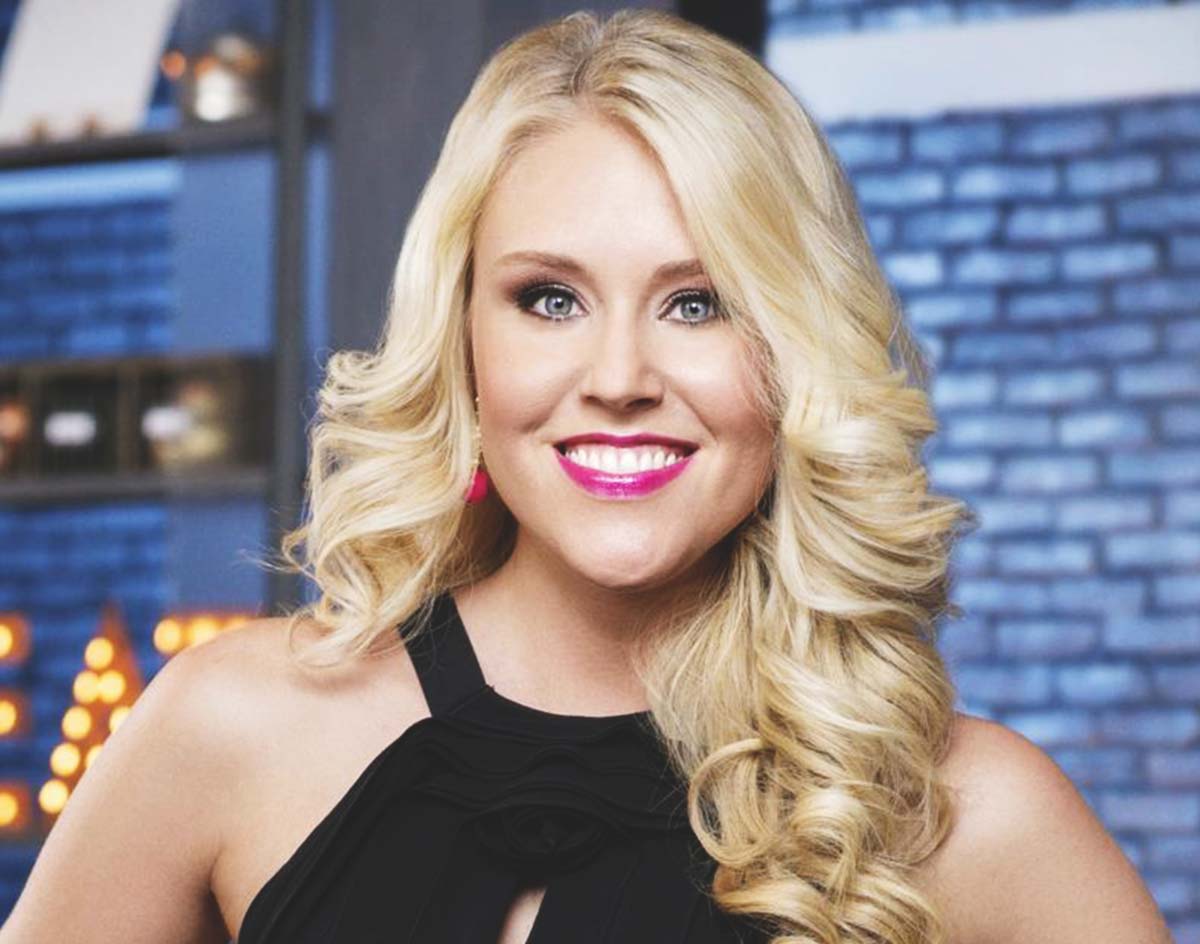 After Appearing On Season 10 of Food Network Star, The Self-Proclaimed Urban Cowgirl Who Works As Tyler Seguin’s Private Chef Is Now Competing On Comeback Kitchen.

For most of the people who dip their toes into the reality television pool, the experience is a once-in-a-lifetime opportunity — the kind of thing they justify doing because they might never get the chance to try something along those lines again.

But every once in a while, reality TV comes knocking again to give these people a second chance — to show us all what they’ve been up to since their first go around, and how much they’ve grown in the meantime.

Such is the case for the Dallas-based chef Sarah Penrod, who refers to herself as the Urban Cowgirl. After competing on Season 10 of Food Network Star — a show with an affinity for Dallas-based contestants, it would seem — the cookbook author is now back in the reality cooking competition game, having returned to the kitchen for a shot at redemption in the current season of Comeback Kitchen. 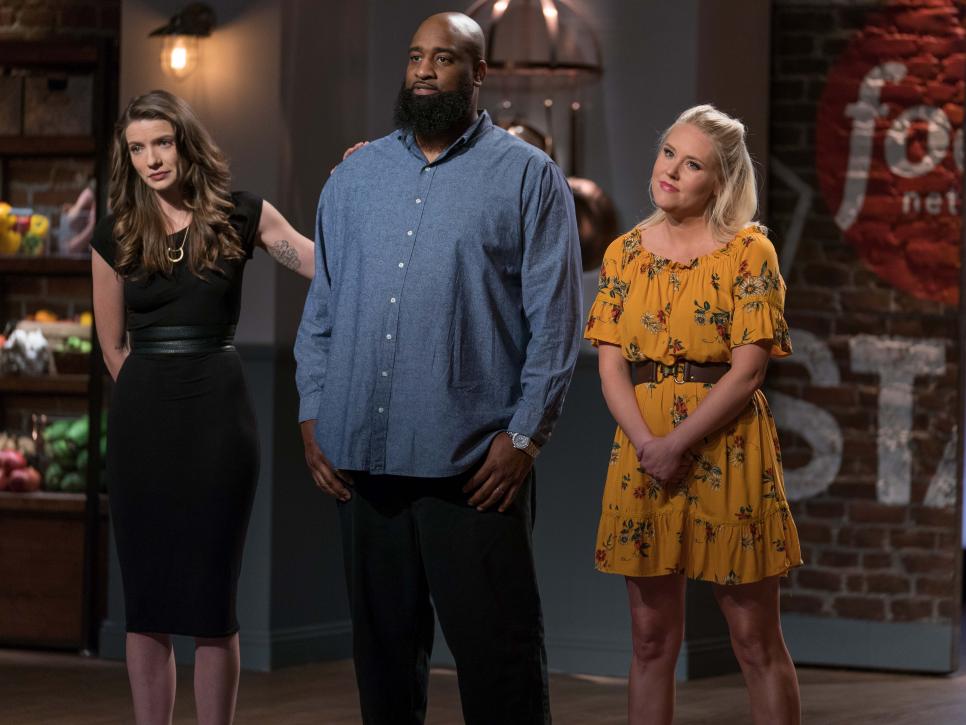 This season of the series premiered this past Sunday night at 8 p.m. — and, already, Penrod found herself taking some heat in the kitchen and finding herself up for elimination at the episode’s end. Fortunately for her, she was not sent packing, and will instead continue to compete in upcoming episodes.

In honor of Penrod’s return to the Food Network sound stage, we recently caught up with the chef to discuss her experiences on the show, and how her life changed between competitions.

After you competed for the first time on Food Network Star, what were some of the main things that you worked on?
I came home to a cookbook deal, pretty much. There is a chef named Grady Spears who took a great interest in my career. We met in Austin at the Food & Wine Festival, and he introduced me to a literary agent. So I pretty much walked out with a cookbook deal. With something like Food Network Star, when you leave, you’re sad because you’re like, “I missed my big opportunity.” And then everyone in the world comes knocking at your door.

That’s what I was wondering about. The editing always makes it seem like it’s so sad, but it probably opens up so many doors!
They do that for the story line, like, “We want you to watch!” So, TV has to have great ups and downs, and rips your guts out, and makes you fill the edge of your seat. But the golden lining behind the story is that everybody goes on to do really great things. I’ve gotten to work with Pie Town Productions. I’ve gotten to work with David Paige, the original creator of Diners, Drive-Ins & Dives. I’ve gotten to work with Legendary Pictures. And that’s just in TV! My blog, which is my life now, took me from being a private chef to people like [Dallas Stars forward] Tyler Seguin and [Cincinnati Bengals quarterback] Andy Dalton to now being is my main source of income. All in all, it gives you a launching pad for your brand. So if you’re calculating enough to be able to navigate the world afterward, you can build a platform. And that’s what I did. I honestly didn’t think I’d get back on Food Network Star. They called me every year, and that cookbook deal was so daunting to me that it was like, “I’ve got to work on this — I signed a contract!” So I didn’t do it. Then this year, the executive producer was like “So, I guess you don’t want to do it again, but we’d sure love to have you back.” And I was like, “Actually, maybe I will.”

With so many things happening after the first time you competed, how would you say your skill set has changed since it opened up so many doors for you?
I would say that the best part about Comeback Kitchen is that everybody’s [skills] have [changed]. So it’s not just me. When we walk in the first day of Food Network Star, a few of us had never been on camera before. For me, it was my nerves; I had been on camera, and I had been on stage my whole life, but I could not keep it together in a big Hollywood studio with those celebrities. I just couldn’t. Now you go back, and there are eight contestants this season of Comeback. You’ve got a person who already has shows on Food Network, you’ve got a person who is a regular, touring celebrity that has as many Facebook followers as most of the people on Food Network. You have cookbook authors. It’s like night and day because now you have people who actually know what they’re doing. But don’t let that make you think moment of pressure doesn’t turn us all into wet spaghetti because it still does! I think that you get more substance out of the contestants now.

It’s like the veterans competing, but it’s still a competition.
Exactly! And it’s also reality TV. So they’re always gonna make it fun. 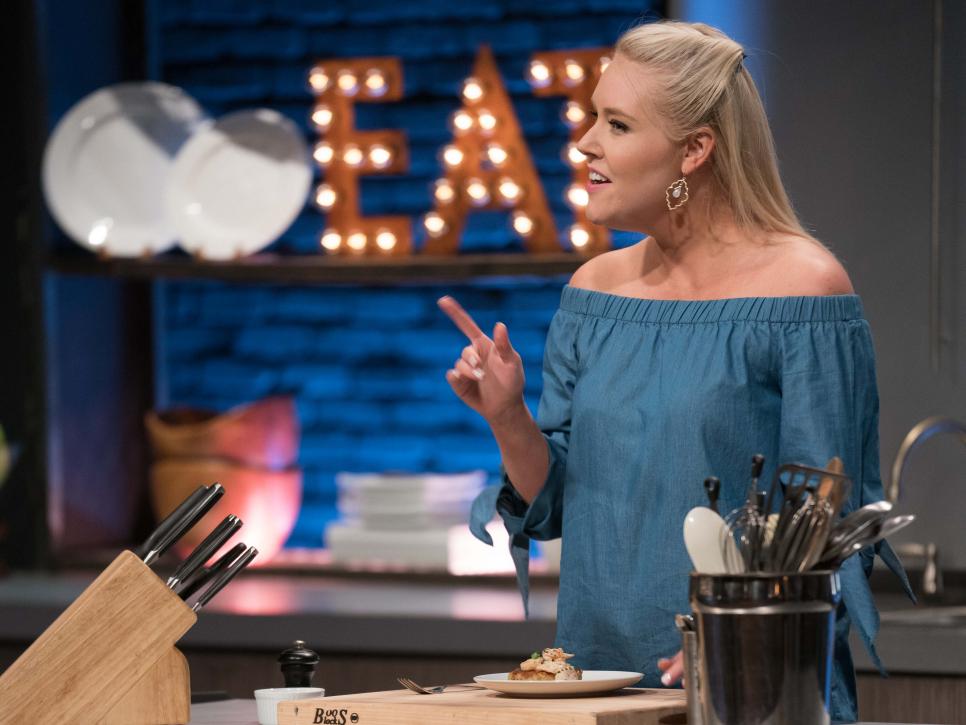 What was your main goal in executing the challenge for the first episode?
That makes it sound like I had so much brain power behind it! [Laughs] It’s like going back to the scene of the crime, but the best part is that this time you have new mentors. This time, it’s Tyler Florence and Valerie Bertinelli. They have a very different tone than Giada (De Laurentiis)  and Bobby (Flay), who are very polished and intimidating. Then you have Tyler and Valerie, who are chill, happy and friendly — except for that first challenge. It’s so nervy, there’s so much anxiety. So I’m not going to tell you that I had this profound concept based around the challenge; I’m just going to tell you I did what I could.

I would ask what were some of your biggest challenges, but it seems like the whole thing was pretty nerve-wrecking.
I always get nervous when I first get there, and then I’m like, “Alright, I got this!” With the first challenge, I tried to show a high level of skill rather than just doing one basic thing. I showed several different techniques in the culinary world that I thought were pretty upper-level. If I continue on in the competition, that’s what I will continue to demonstrate — because The Urban Cowgirl cookbook is pretty high-level. It’s not a “mommy cookbook.” There is some stuff in there that’s fun for everyone, whether you know cooking well or not. A lot of the stuff is based around Texas that I wanted to reinvent. When I went back on Food Network Star, I tried to redo a lot off the stuff — not re-releasing the cookbook, but just showing them what I high-level cook I was because I think I missed that in my season. I think I was trying to do stuff that would be correct for the challenge, like have the right answer for the question. I think Food Network examines the food a lot more closely to look for a lot more substance there, as a person.

How do you think reflecting on your experience with Food Network has helped to shape what you do?
As far as being successful in the stuff that we do — like blogs, cookbooking and stuff — you have to write and create for your audience. So for me, that’s Texans. You have to be able to read each room; you have to be able to read your audience and your blog, and know that this is what they want. I’m learning to be intuitive to my different audiences.

How does it feel to be the only Texan on this season?
I think it would’ve been nice to be with other Texans! From my knowledge, I’m the only one who kind of does Texas as my banner, like as my POV. I’m a seventh-generation Texan. My family has had cafes and restaurants for 150 years; that’s what my cookbook is all about. Urban Cowgirl is about being a modern Texan woman. Just to be able to connect with another Texan, especially in that place of high stress and just total emotional upheaval probably would’ve been nice! The one thing I try to convey when I go to New York or L.A. is that Texans are very friendly and kind. They can connect with anybody. It would’ve been cool if there were another person there, but I’ll hold my own. 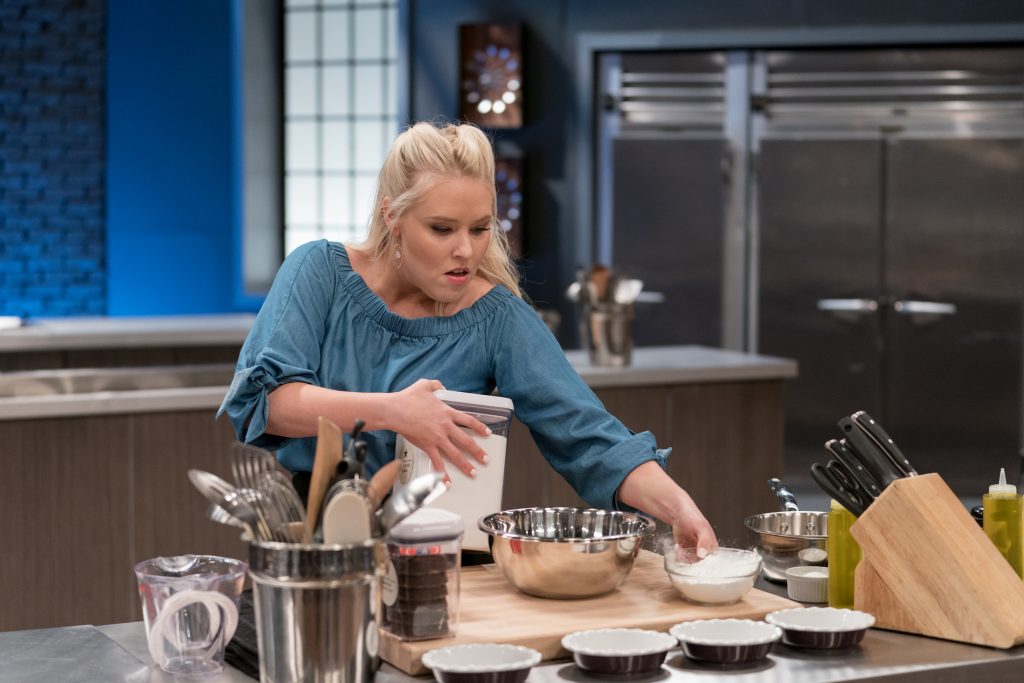 Is there anything you want people to know about you or the competition this season?
That’s a really good question. What do you think people want to know?

I guess people would want to know about the things that they don’t tell you or that you don’t see on TV. You made a good point about everybody always looking so sad when they leave, but they always go on to bigger and better things because it opens so many doors. So just the hidden realities of reality TV — stuff like that.
Well, everybody is a fabulous chef. Everybody is incredible on camera. It’s a reality show just like every other reality show is. All of the contestants I met were just bottomless-ly talented. They don’t do an all-star season on Food Network Star, I think people might have noticed. I think Comeback Kitchen is their all-star season.

For people who are aspiring to do a blog or YouTube channel professionally like you, what would your words of advice be?
For any parent who thinks their child wants to be on Food Network Star, or any parent whose child is going to be in the media as a writer, as a reporter or anybody who wants to be [in media] — just start a blog  and YouTube now. It will be trash, and that’s OK. You can go back and redo it. You’re going through the process, and the process is making decisions, drawing boundaries between “This is what I am” and “This is what I am not.” Start practicing that, getting used to that and developing a fan base. That’s what I think they should be teaching in schools, since the internet is such a big place now. Media on the internet is almost or possibly more important than media on TV. We need to be refining those skills right now. So I would say just jump in and start doing it!

All photos courtesy of Food Network.