Could This Dallasite Be The Next Food Network Star? 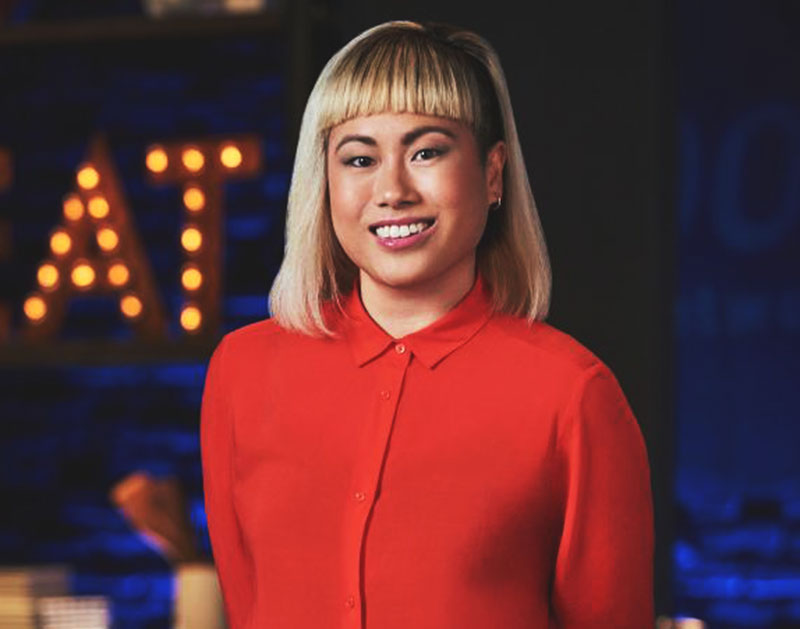 There’s no doubt that Texans get their fair share of love across Food Network’s wealth of programming, but 29-year-old Caodan Tran will be aiming to represent all things Dallas in the upcoming 13th season of Food Network Star.

A self-trained personal chef, she is the first Dallas-based chef to compete on the show since Lisa Garza‘s fourth season run. Tran’s kitchen focus combines healthy ingredients with influences from her Vietnamese heritage and a love of all things local. If she’s not crafting at home “pho kits,” then she’s usually found at places like Centre, Houndstooth Coffee and CocoAndré .

In advance of her debut on the 13th season of Food Network Star, we caught up with Tran to talk about her TV debut, how she came to cooking and what we can expect next from the Nike-clad chef before the show premieres on June 4.

Tell me about your cooking background.
I’ve worked in the service industry for years, since I was 18. That’s all I’ve ever known, but I was always front of the house. It just comes with it; you become interested in the food, and so I kept trying to recreate things at home. I went to culinary school for like a year or so, but I was like, y’know, I can learn so much more working in the kitchen. So I started doing that, and from there I taught myself. I just wanted to try to do it myself.

How do you feel that your personality translates to your cooking? Do you have a specific cooking style?
I always tell people that I fall between glutton and paleo — I’m like right in the middle.

#YouGoCao. I was trying to think of a clever way to “announce” this, but then decided to keep it simple because you will be hearing much more in the future. And I’ve been posting it in my stories anyways, so here it is: I am a finalist on Season 13 of Food Network Star! Season premiere is June 4, 2017. I can’t wait to share how many plates of fries I ate while filming. #FoodNetworkStar #Lucky13

How does it feel to be the first Dallas contestant since season 4?
I feel like it’s going to bring light to another part of Dallas! People see Dallas as a blonde girl, or somebody who does barbecue. If nothing else, I just want to frame a different representation of Dallas. I’m one of those people that’s such a proponent of Dallas — because people that should stay here move to L.A. or New York. Why do you want to be a small fish in a big pond? Why can’t we innovate here? If the right people stay, we can cultivate.

Don’t mind me, just stretching and eating chocolate. It was such an honor to be able to reflect on life in general with @cnkdaily, and [hopefully] give a bit of #Chickspiration in our Q&A (LINK IN BIO). ?: @cocoandre_chocolatier ?: @laurengrae #cashmeousside

What have been some of your favorite food trends in Dallas?
I think Dallas is starting to become its own thing. It’s always been guilty of this — there’s fine dining and there’s super casual — but everyone is starting to find that middle ground. It’s curated, but it’s affordable and accessible. That’s really the thing that Dallas is trying to focus on — accessibility. I think that culture is starting to revolutionize, especially with our generation. We do like to eat well, we like to dine. But no one wants to be basic. We want to eat well, but especially now, we are mindful. We’re willing to kind of ball out sometimes, but at the same time, I want hidden gems and family-owned places big in culture. And it’s starting to kind of happen.

What are your go-tos when cooking or favorite things to cook?
My default is always Vietnamese food. It’s my favorite thing to cook because I feel like I didn’t really get a chance to do that growing up. My parents cooked. And now I really get to dive in, so it’s always my default. I’m like a spring roll king.

My dad caught multiple fish and gave me 3. I wrapped one in banana leaves and baked in the oven to use as protein for spring rolls this evening. @lalascakes makes cinnamon ROLLS and I make spring/summer ROLLS. What a coincidence! ? #staytuned #researchanddevelopment #miseenplace #springrolls #summerolls #dinner #fish #homemade #vietnamesefood #foodpics #instafood #foodgram #igfood #dallas #dallasfood #dallaseats #instadfw

How has your Food Network experience changed your perspective as a chef?
To be honest, the experience has changed my perspective more as an individual. I’ve found that being a chef does not define me, and that I have so much more to offer on top of being able to cook. It has also made me more confident in my skills, and taught me that there is a lack of Asian cuisine being represented. And now I want to be that voice more than ever.

Coming into the show, how are things different for you being a personal chef versus a lot of your competition being traditional restaurant chefs?
I don’t think it’s different at all. There is literally not much that can prepare you for the competition. It does not matter in what capacity you cook or what you think you know — there is so much more that is required to be a Food Network Star, and on some levels the playing field is even. I grew up in the service industry and spent time cooking on the line, so I understand both worlds. And both worlds will not prepare you for this! [Laughs.]

What can we expect from you on the show?
You can expect a woman of color with a mission. That will never change. My love for food knows no bounds, and my desire to represent the misrepresented will always be goal number one. I want people to know that a normal, real, young Asian can be someone to look up to.