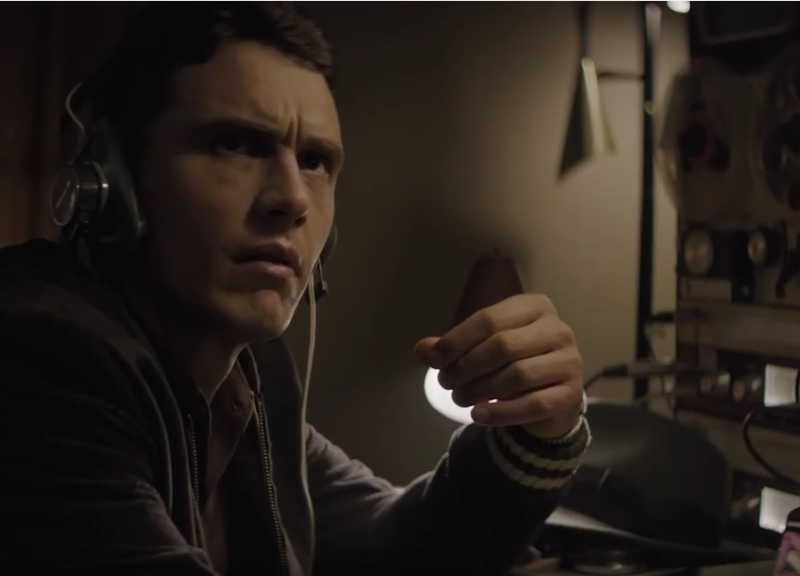 Over the weekend, Dallas rather unceremoniously marked the 52nd anniversary of President John F. Kennedy's assassination on Elm Street.

Fanfare or no, 11/22/15 was, however, a serviceable enough date to give viewers their first glimpse of Star Wars director J.J. Abrams' small screen adaptation of Stephen King's novel 11.22.63 — y'know, that James Franco flick that snarled traffic Downtown for a few days last month — about a time-traveling teacher sent back to stop the Kennedy assassination.

As far as trailers go, this teaser is just that — a little tease that gives away less than nothing, meant to offer up a simple, “Hey, here's a thing that exists!”

See Also:
• Franco Files. // When Not Filming At Dealey Plaza This Week, James Franco Is Locally Shooting A Batshit New Film.
• Ranked. // Which Stops On The Lee Harvey Oswald Trail of Tears Tour Are Most Interesting?
• Grave Reminders. // Do Other Cities Handle Their Assassination Histories As Creepily As Dallas Does? A Breakdown.

Still, we'll give it a chance when the eight-part miniseries hits Hulu next President's Day (get it?!). That's 2.15.16, in case you're wondering.

So… what do you think, worth being a half-hour late for work that one day or nah?