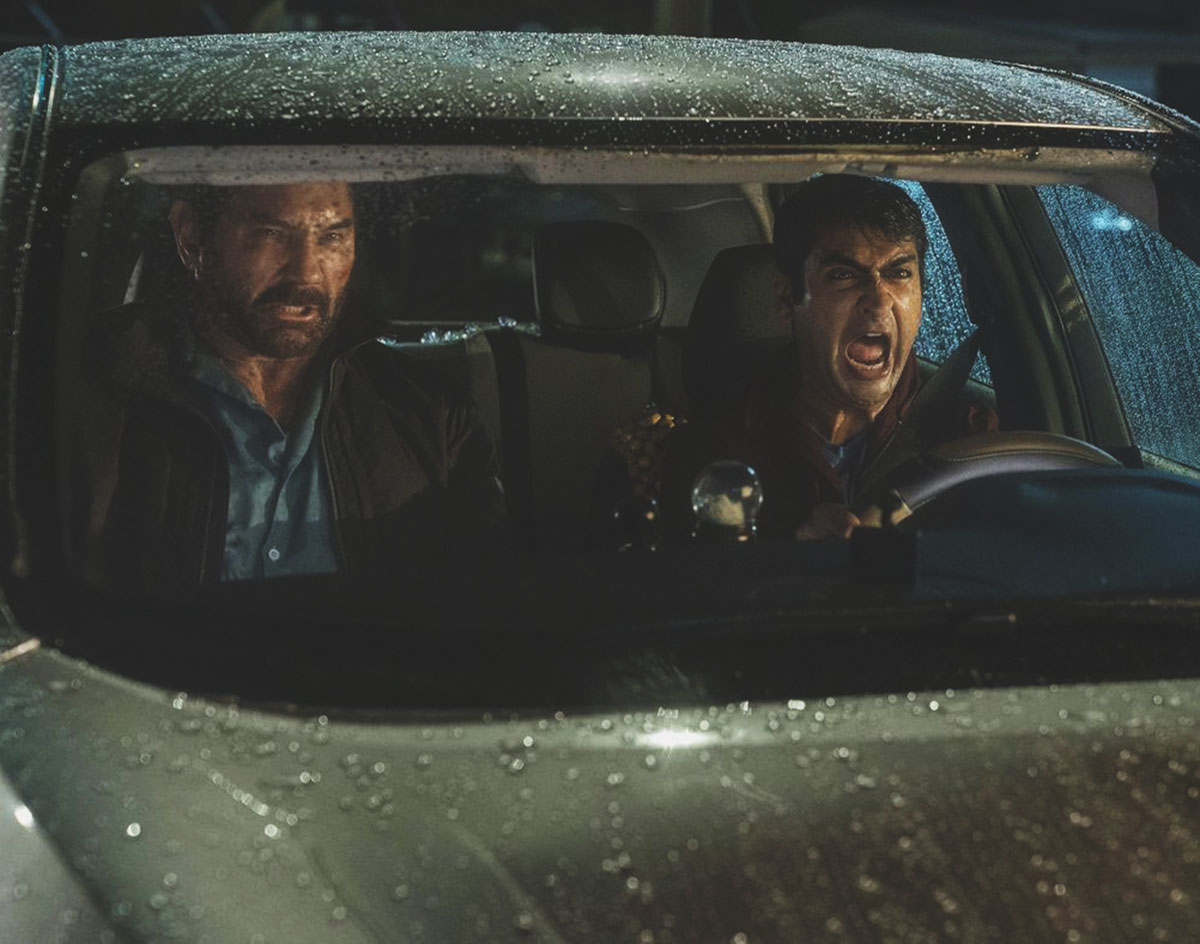 For All Of Kumail Nanjiani And Dave Bautista’s Charms, Their New Buddy Cop Action-Comedy Still Doesn’t Quite Reach Its Intended Destination.

When a director makes a film centered around a well-worn premise, there are only two real paths to success: Either the film must some truly some stellar leads or it has to redefine the genre.

Director Michael Dowse is pretty far off on the latter with his new buddy cop entry, Stuber. But, on the plus side, he’s got himself a good thing in his lead pairing of Dave Bautista and Kumail Nanjiani, who indeed have some undeniable comedic chemistry here.

The pair trades one-liners and quips with ease while respectively playing a disgruntled cop wanting to close the case he’s been working on for two years and a part-time Uber driver looking to keep his rating above four stars. This odd couple forms when Bautista ropes Nanjiani into his plan to take down a cop killer (Iko Uwais) even though Nanjiani is grossly under qualified to be his partner. Chaos then ensues.

To their credit, Stu (Nanjiani) and Vic (Bautista) do have a little more depth to them than your normal buddy cop film. Stu is stuck in a dead-end job, is side-hustling as an Uber driver and is having trouble with his love life. Vic has a strained relationship with his daughter because he’s always putting his job first. He’s also harboring guilt from a fallen partner. Neither of these arcs is particularly groundbreaking character work, no, but their backstories give some weight to the film.

That much is needed. Other than the two leads, Stuber is not that great. The plot is insanely predictable, not to mention needlessly frantic. Just like Stu, audiences are taken from location to location, watching Vic fight the bad guys as Stu loses his mind at the carnage and the rated-R violence. The whole thing is a little unbelievable; Stu would do this all for a five-star rating on this uber ride? C’mon. Alas, that’s what the plot demands, so he’s stuck with Vic until the end.

All the other side characters are mostly one-note. Iko Uwais plays the generic drug-lord bad guy that Vic wants to take down. He brings intense energy during his fight scenes but is mostly given nothing to do other than glare at Vic from a distance. Stu’s best friend and romantic interest Becca (Betty Gilpin) is an insultingly vapid, antagonistic character who exists only bring Stu down. And Vic’s daughte, Nicole (Natalie Morales), while given a little more to do, still isn’t given any room to shine.

The film is somewhat enjoyable because of the chemistry between Nanjiani and Bautista, but it’s an otherwise forgettable effort.

Save Stuber for an idle Saturday when it makes its way to streaming services.