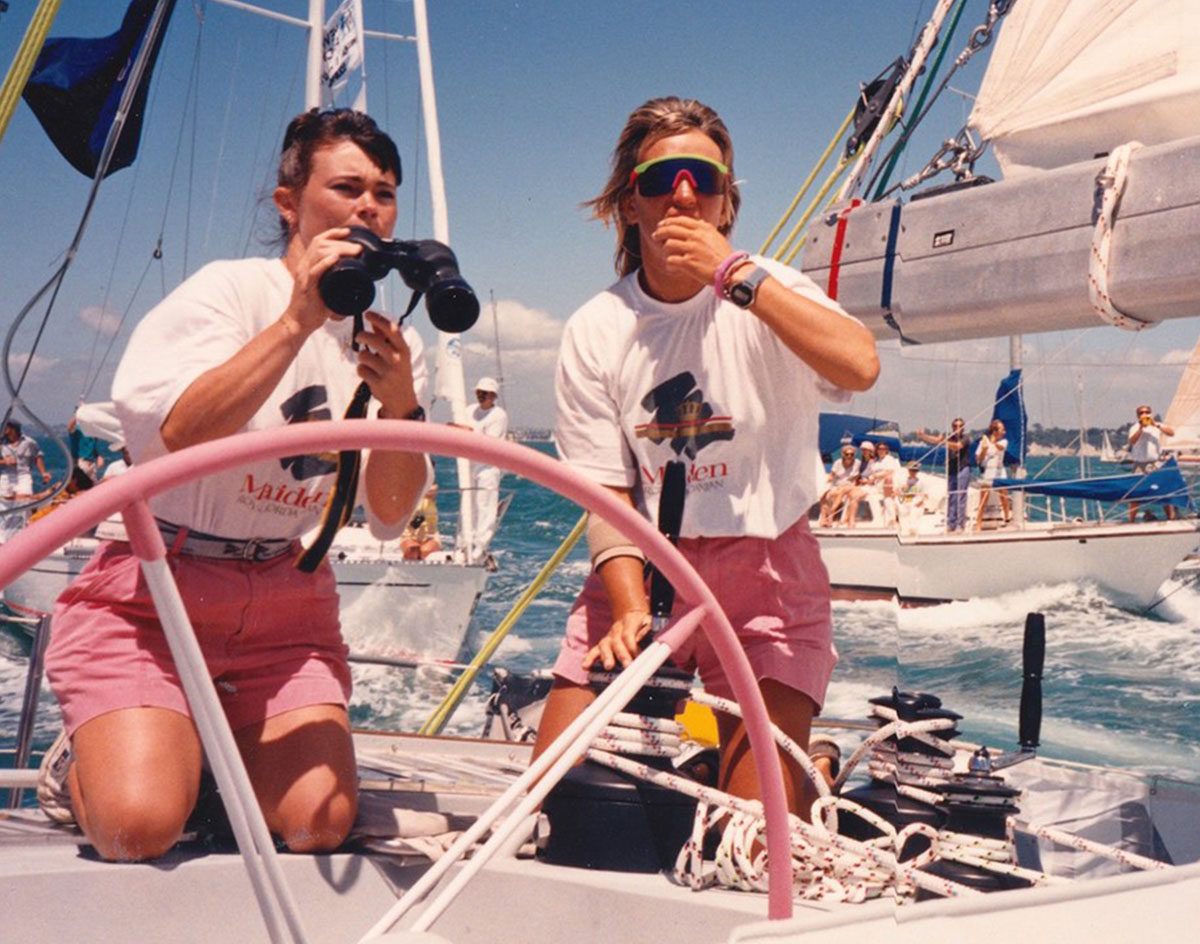 The Story Of The First All-Female Crew To Compete In A Prestigious Round-The-World Yacht Race Is An Eye-Opening, Fast-Paced, Thrilling Adventure.

Sometimes, the battle for your life can be both literal and figurative.

In Maiden, the ocean is literally trying to kill Tracy Edwards and her crew as they attempt to sail around the world as part of the largest and most competitive around-the-world yacht race on the planet. And, at the same time, Tracy is also fighting for her life’s ambitions — and not only hers, but those of every woman who has ever dreamed of doing something that someone in their life said was not only impossible, but something a girl could not (and should not) do.

In 1989, the competitive sailing world was a male-dominated society — so much so that the mere thought of a woman doing anything beyond being a cook on a boat was offensive and laughable, not only to the sailors of this work and to the journalists who covered the sport, but to humanity as a whole.

Women simply had no place on a competitive racing team at the time.

So when, at 24, Tracy Edwards decided that her life’s goal was to compete in the Whitbread Round the World yacht race, she hit the proverbial glass ceiling hard. The film Maiden provides an intimate look into Edwards’ struggles at attempting to skipper the first all-women’s team to ever enter the famed contest.

Maiden uses personal interviews with Edwards, her crew, her competitors and the journalists that covered her at the time to tell the story of the difficulties she faced in putting together a team, finding a boat and competing in the race. Pairing with archival news footage and compelling footage shot by the team themselves on the ship — they called Maiden — the film lays out a thrilling fast-paced adventure as Edwards’ crew battles the ocean and society all at once.

Audiences see Edwards striving to achieve her goals, dealing with the difficulties of her past and the world being stacked against her on top of working with an usual crew and the usual sailing issues that come with sailing all the way around the world. Far more than the “slip of a girl” that the men around her believe her to be, Edwards is a towering figure willing to take not only her life but the lives of her crew in her hands as she dodges icebergs and fights the sea, showing the world that women can not only show up but even compete with the best that the world has to offer.

Maiden is the latest entry into a recent revival of sports documentaries spurred on by the likes of ESPN’s 30 for 30 series and HBO’s continued excellence in the field. Alex Holmes is no newcomer to the field, having directed Stop at Nothing: The Lance Armstrong Story previously. This effort, however, transcends the genre. It tells the tale of a woman who, through hard work and perseverance, achieves her dream. It shows point blank how powerful the determination and spirit of a woman can be.

The film also provides a glimpse into how far we as a society have come — much thanks to women like Tracy Edwards, who have literally risked their lives to get us to this point. Still, it also reminds us that, despite the progress, we still have a long way to go, and that women like Edwards will keep fighting and tearing down the barriers to get us there.

More than a story of the harrowing and dangerous life of sailors as they compete and risk their lives to win a race, Maiden is a truly inspirational journey around the world, a film that begins with a dream —  and ends in triumph.