The Death Of Stalin Is Funny Because It’s True. 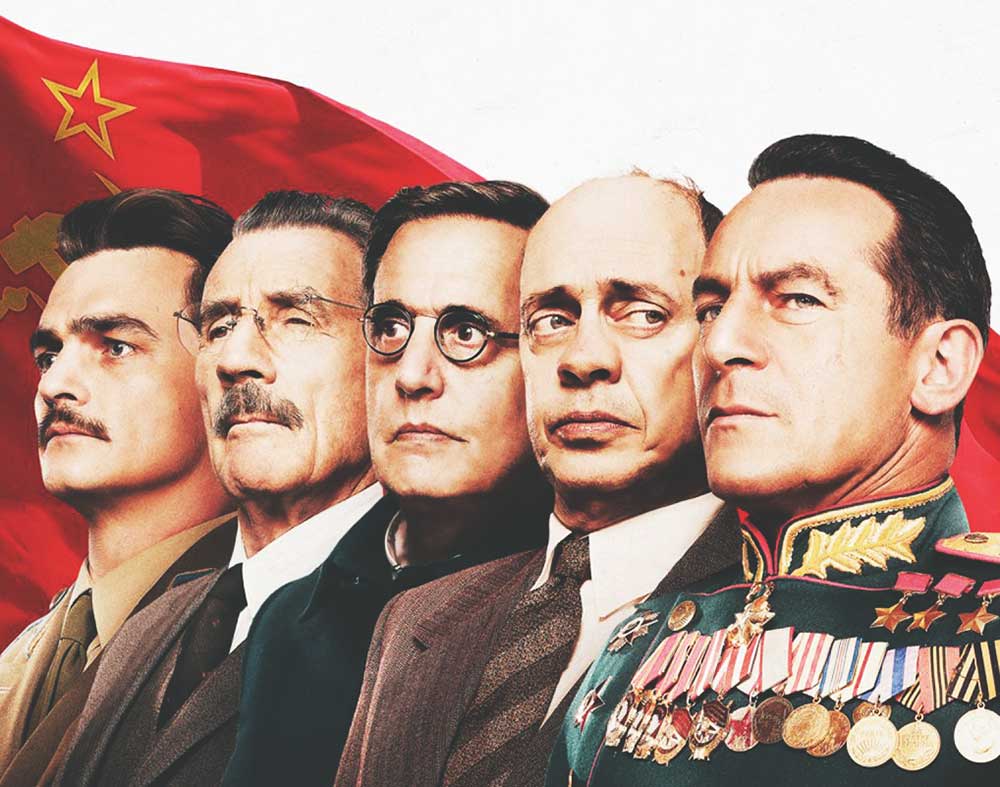 By Tackling Real-Life Events With His Latest Political Comedy, The Mind Behind Veep Is Able To Make Some Killer Points About The Dangers of Dictatorships.

Shockingly based on real events, The Death of Stalin tackles, as its name implies, the death of Soviet dictator Joseph Stalin and the power vacuum that formed in his life’s wake. Among those vying for favor and power, we have Lavrenti Beria (Simon Russell Beale), Georgy Malenkov (Jeffrey Tambor), Nikita Khrushchev (Steve Buscemi), Vyacheslav Molotov (Michael Palin) and Field Marshal Zhukov (Jason Isaacs).

While viewers indeed witness the horrors of Soviet rule under Stalin, it’s important to note that this film is a comedy — one that centers around the aforementioned group of power-hungry figures acting like petulant children just to see themselves get ahead during a volatile time.

That’s a tight rope to balance, but Iannucci (along with co-writers David Schneider and Ian Martin) mostly succeeds at it.

Boasting plenty enough schemes and back-stabbing to keep anyone into political intrigue more than entertained, The Death of Stalin is also sprinkled with small doses of humor that add a little bit of light to some of human nature’s darkest inclinations. When the humor and darkness work together here, they do so rather flawlessly, blurring the thin line between tragedy and comedy.

The problem is that, while Iannucci’s prior works satirized a fictional world that was recognizable but distant, The Death of Stalin‘s characters are, in reality, known murderers and rapists. Should such true-life figures really be handled in as comedic a way as they are here? Yes, maybe so. The film certainly succeeds at cutting these men and their childish behavior down to size. In an early scene, Stalin and his cabinet prank each other and bump chests like bald frat boys. Things only spiral into greater immaturity from there.

In Iannucci’s hands, reality is, indeed and as ever, just as strange as fiction.