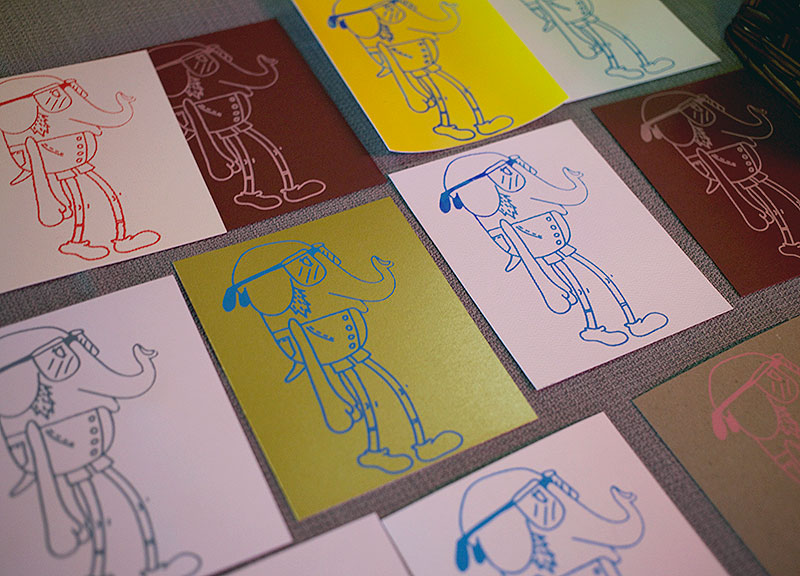 There's a first year for everything and 35 Denton is pretty good at firsts. New bands get discovered, new food trucks get drooled over and new venues get added.

This year, festival also added into the mix the 35 Denton Print Fair — pretty much SXSW's Flatstock poster and art exhibition, but on a micro scale.

It was to be expected, of course, that favored area printmakers such as Dallas' Magnificent Beard would be in attendance. But the real reward came in being able to see skills from elsewhere, like from Chicago-based design house Dead Meat. Josh Davis, one of Dead Meat's designer, said he was happy to be a part of the show and that he felt it paid off to have a mix of both local and national talent in the show.

And, to be sure, perhaps the most colorful of the exhibits on hand at today's event came from Denton indie rocker Fishboy. Eric Michener, the brain behind that band, was as enthusiastic as his table's visitors were — and, trust me, those visitors were pretty enthusiastic. Rightfully so: Michener's table included not only the illustrations he's become known for, but an entire comic book he'd drawn and written as a memoir for a recent Fishboy tour.

Still, the fair was overall a pretty quiet affair — no doubt the result of its noon to 2 p.m. runtime in this mostly night-oriented festival. The morning drizzle made things seem even more calm than it may have been, too. But, all in all, there seemed to be a fair amount of visitors.

And the best part? They weren't just browsing. These folks were buying these impressive works of art, too. 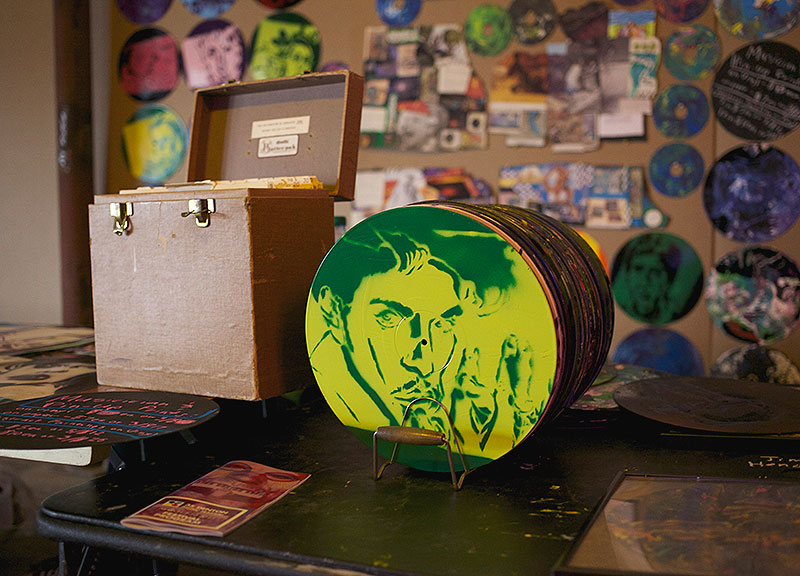 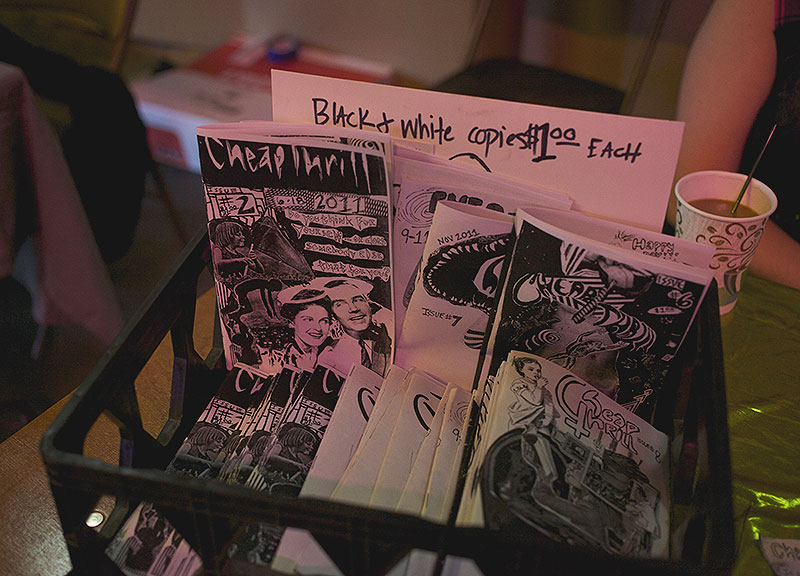 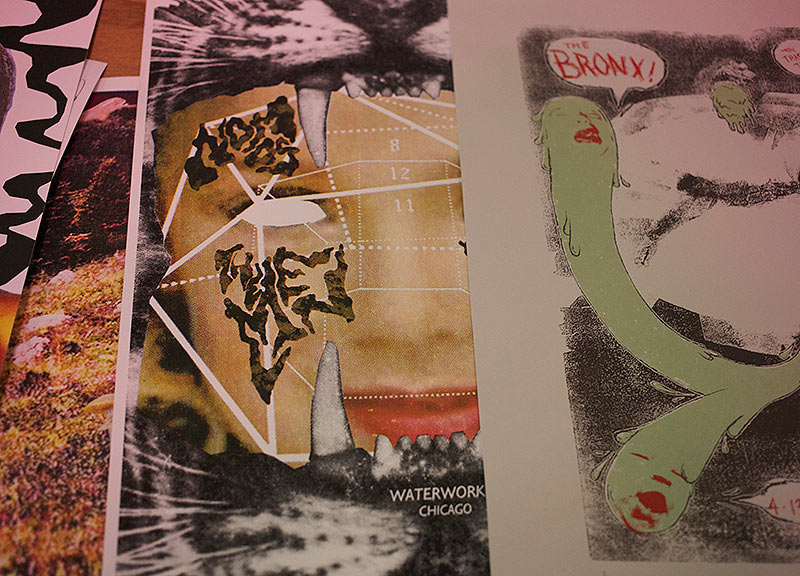 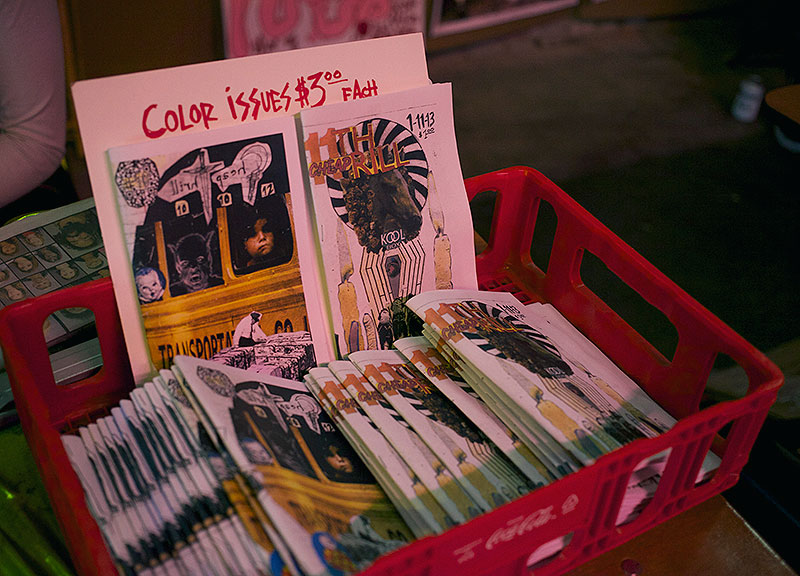 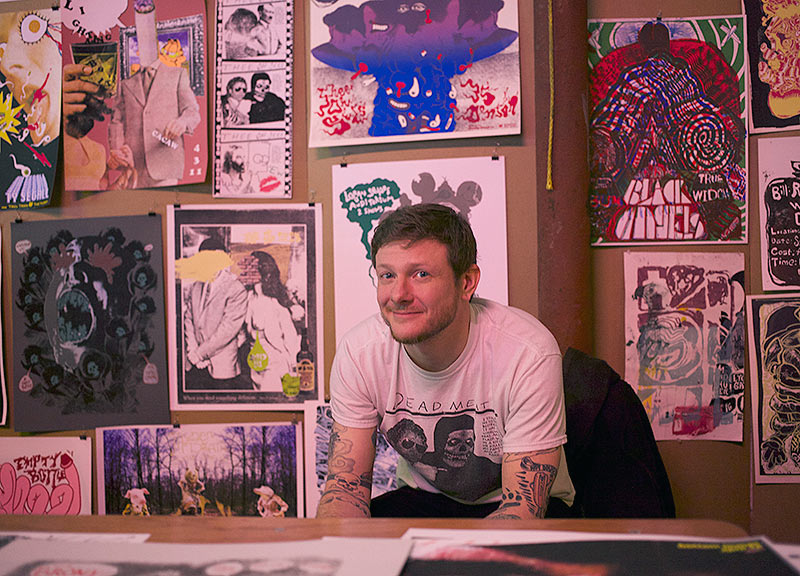 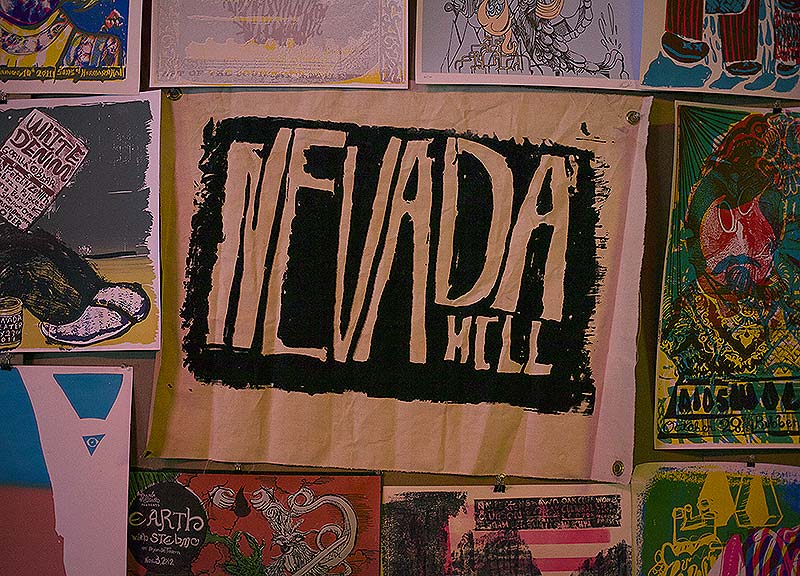 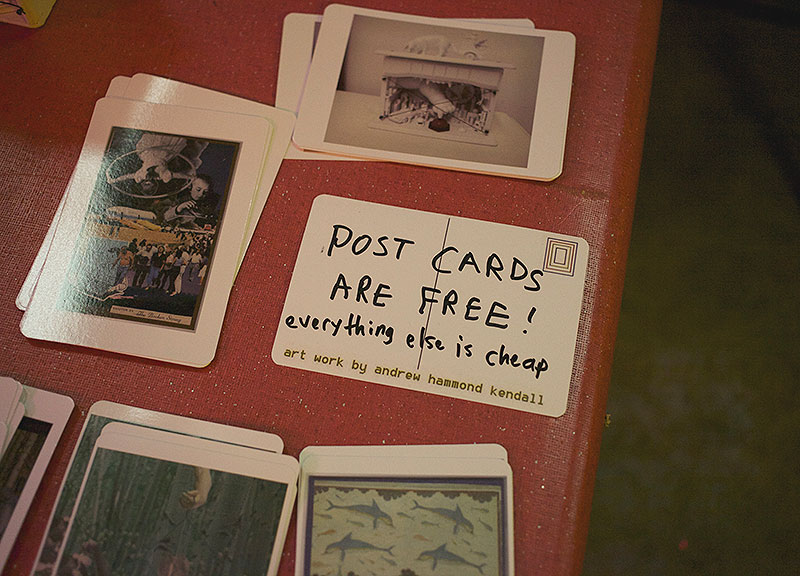 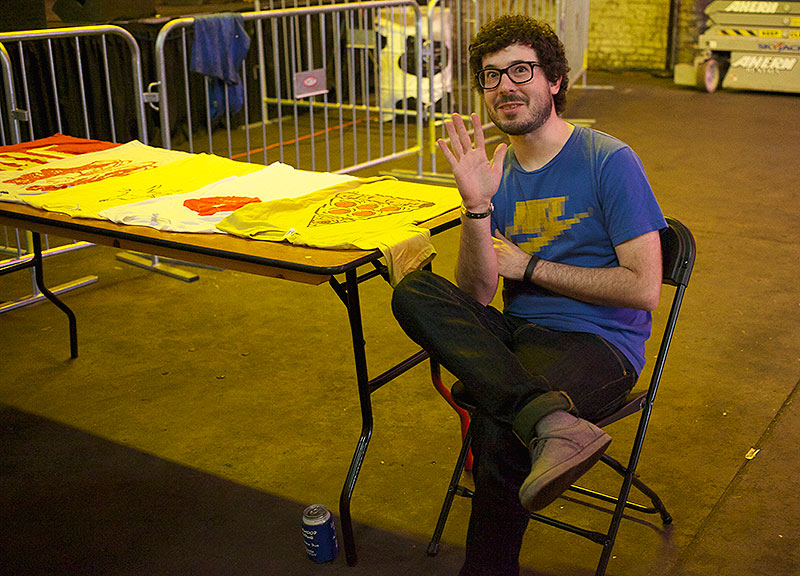 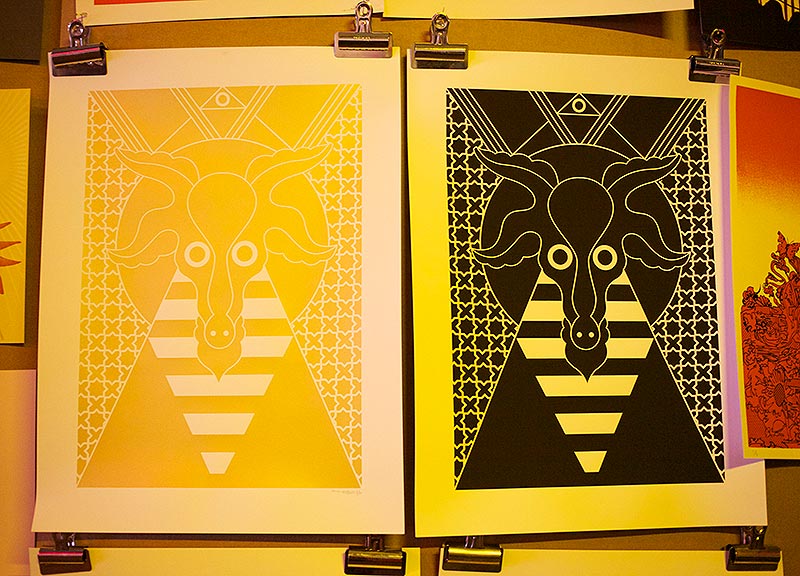 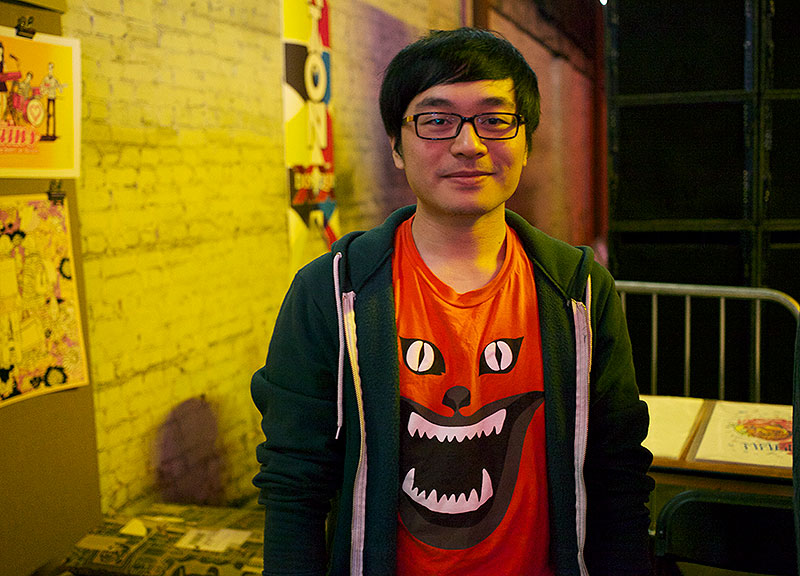 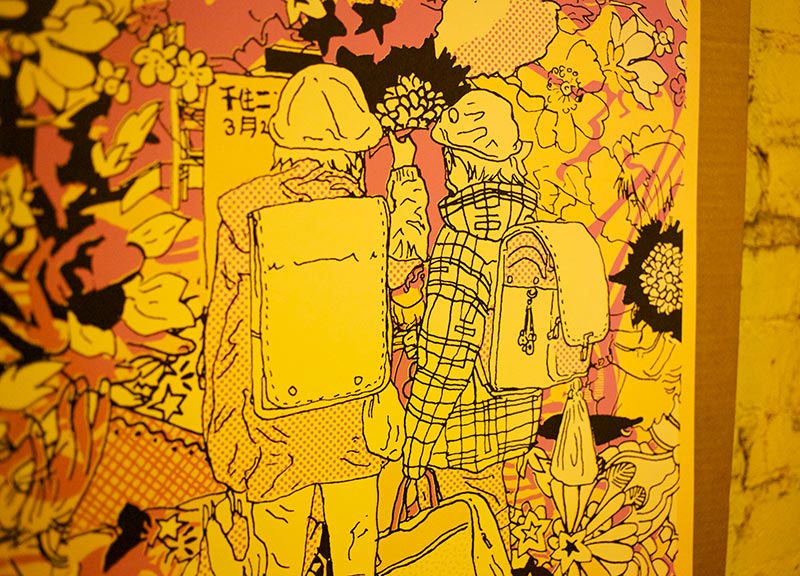 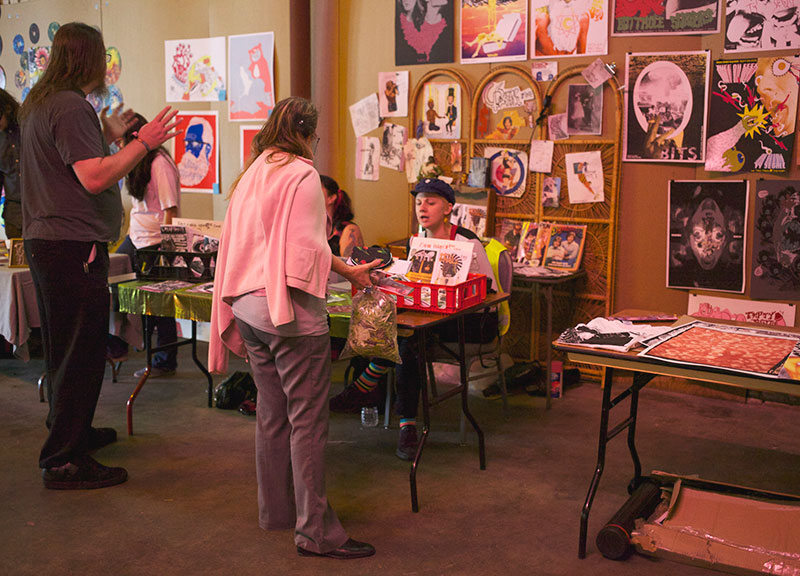 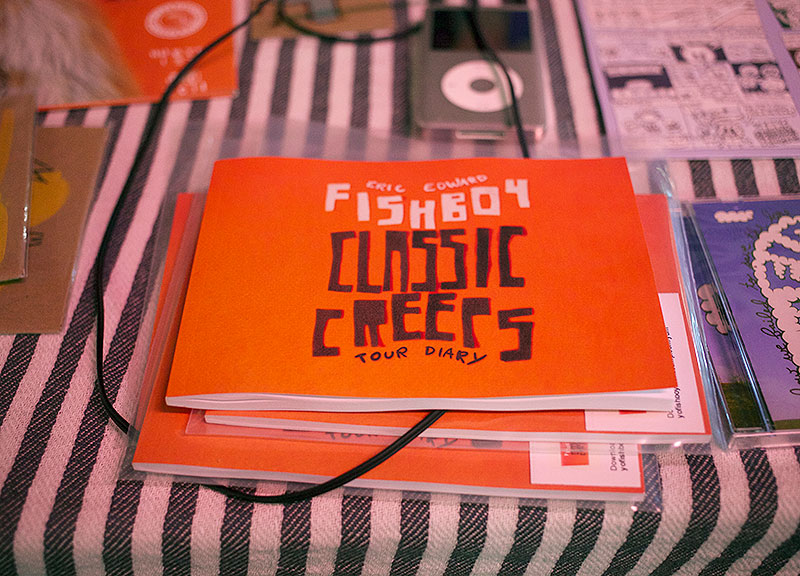