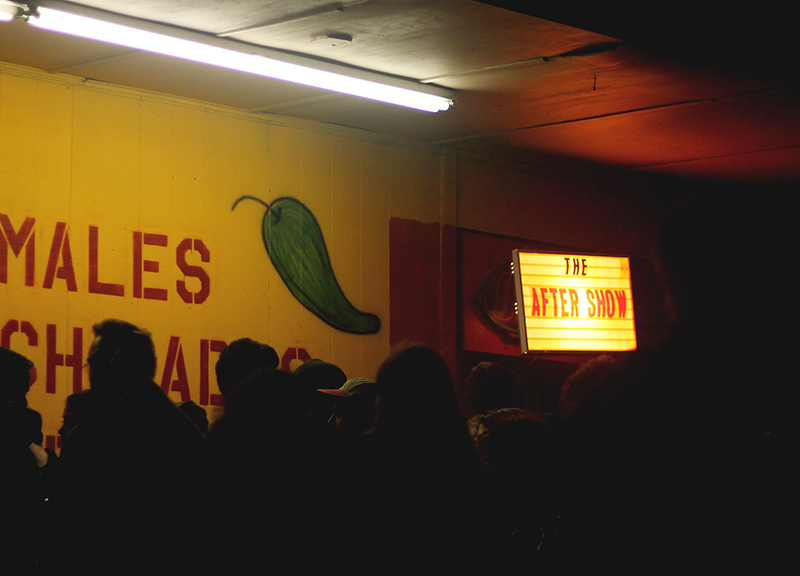 In many ways, the rowdiest after-party to date at 35 Denton 2013 is actually the tale of two shows.

Some background: On Friday night, favorite Denton hardcore outfit Wiccans was scheduled to play at 11:30 at The Labb as part of one of the night's heavier bills alongside Arizona amp-destoyers Destruction Unit. And though the latter of these two bands would indeed play a full set at The Labb as planned, the fate of Wiccans' set would differ.

Just three songs into their Labb set, things got kind of crazy for Wiccans. The band's fans, looking to thrash about and mosh pit per pretty standard Wiccans show protocol, didn't take too kindly to the 35 Denton-set barricade blocking their direct path to the band and their stage. So they started knocking it over. The Labb's staff, meanwhile, didn't take too kindly to that, and venue security and concert attendees began to clash; more than a handful of Wiccans fans were kicked to the curb, out of the venue.

Frustrated at this discord, Wiccans, having barely started their set, abruptly ended their set. But they didn't so without letting loose a final rallying cry: Later in the night, the band explained, they would be throwing an after-party at a venue where such antics were welcome.

That venue, somewhat surprisingly, would turn out to be a taqueria.

“[The Labb] wasn't the best venue to a hardcore show,” Wiccans vocalist Adam Cahoon would acknowledge later in the night, though not seeming too distraught about it, as he stood out in the parking lot of Denton's Taqueria El Picante, just off the I-35E access road, awaiting his second performance of the night's start.

And Taqueira El Picante, turns out, would prove a fine venue for such a show. With word of Wiccans' shortened Labb set and their seemingly redemption-boosted after-party having spread throughout the 35 Denton rumor mill long before the other venues in town had begun to shut down, the Taqueria El Picante show had amassed a fair amount of hype. And that hype, in turn, would bring at least 100 people out to congregate in the taco joint's parking lot for a time, if nothing else.

Inside the restaurant, though, this show would indeed live up to the buzz it had garnered. With all tables and chairs removed from the restaurant's cozy dining room area, bands and fans alike crammed into the space, standing — sometimes literally — right on top of one another as they bounced off one another in raging fashion.

Destruction Unit and Wiccans would both play here. Better yet, their sets came off as if the two fiery bands were intent on nothing more than one-upping the other. But there was no clear-cut winner in this informal competition: Both bands inspired riotous reactions from their crowds, both bands would play through firecrackers being thrown in their faces, and both bands would directly — and almost violently, if also innocently — interact with their fans as their sets raged on.

The lesson learned here? Where there's a will — and maybe a taqueria — there's always a way. 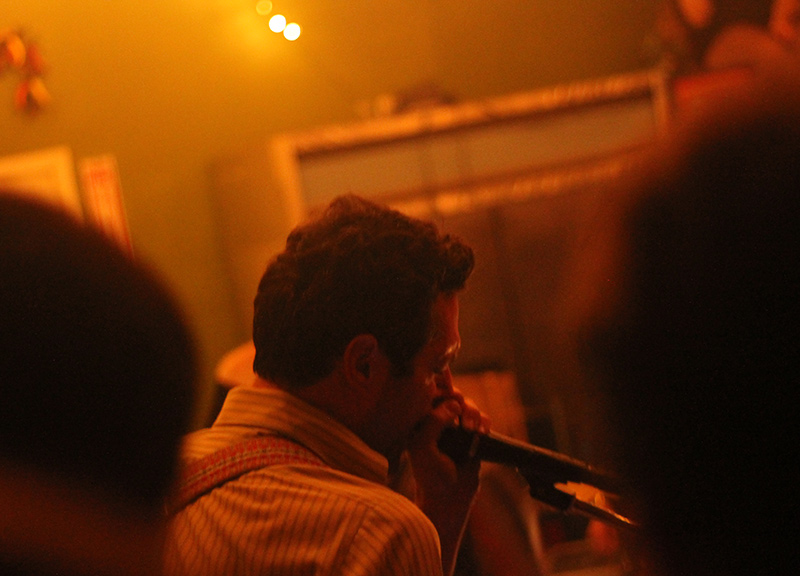 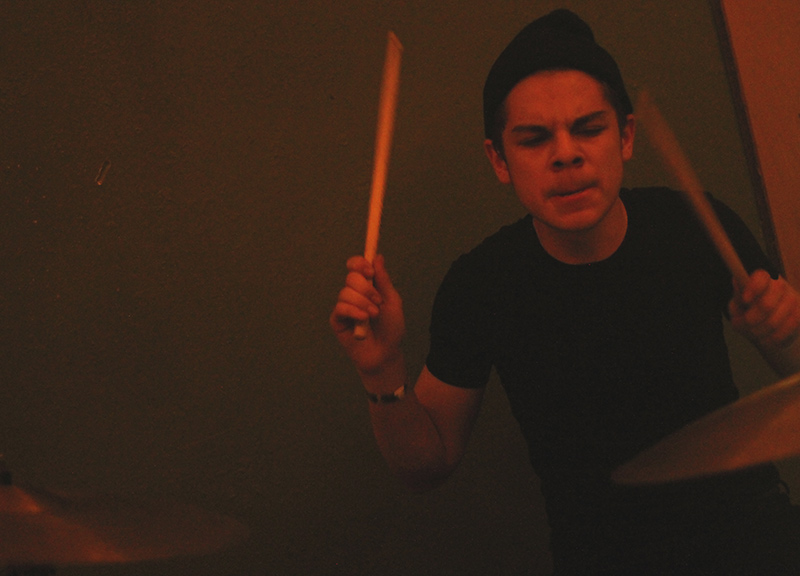 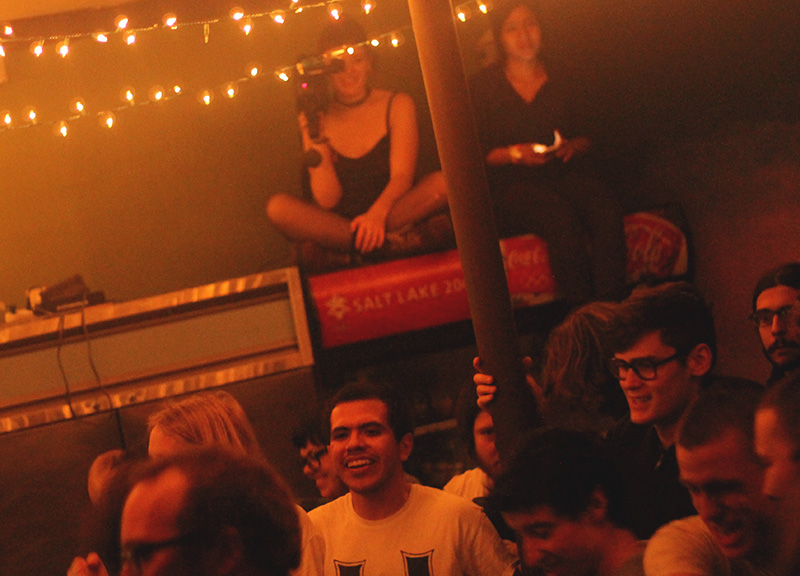 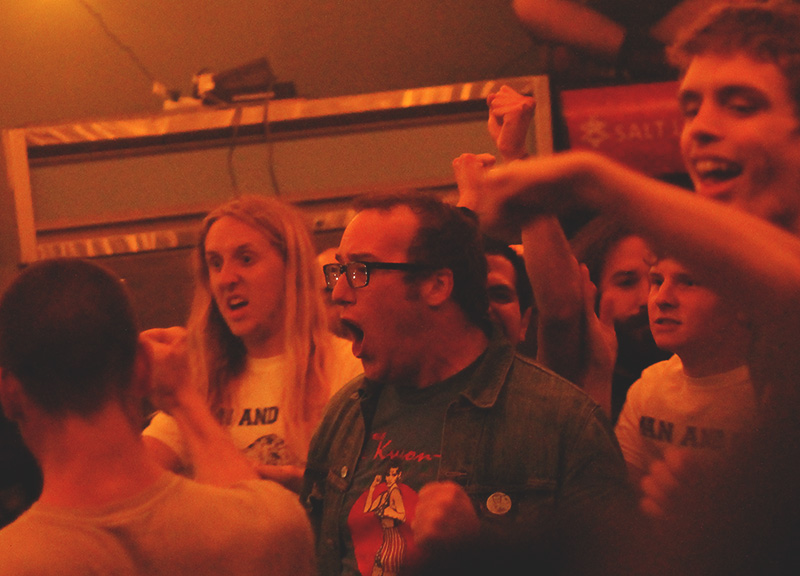 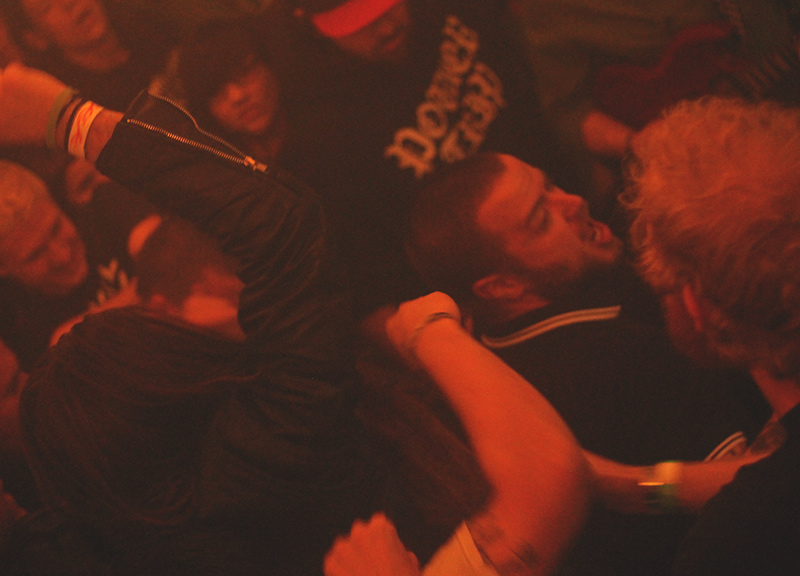 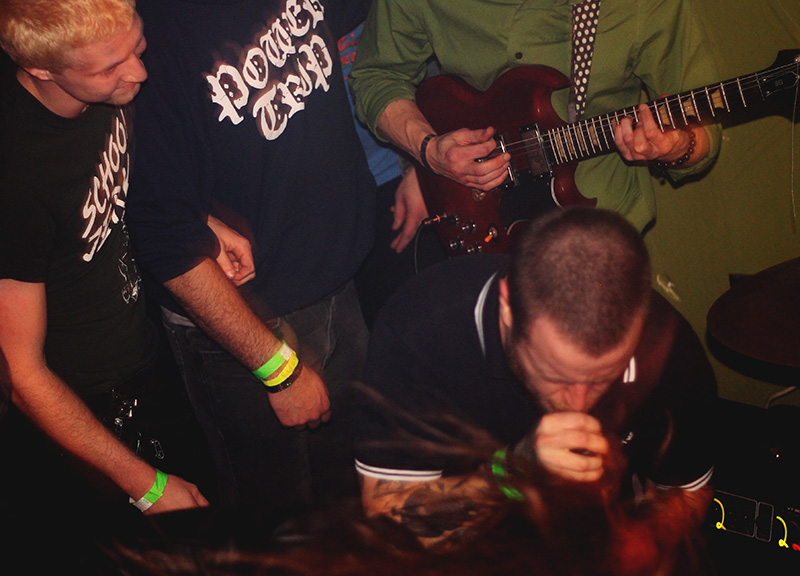 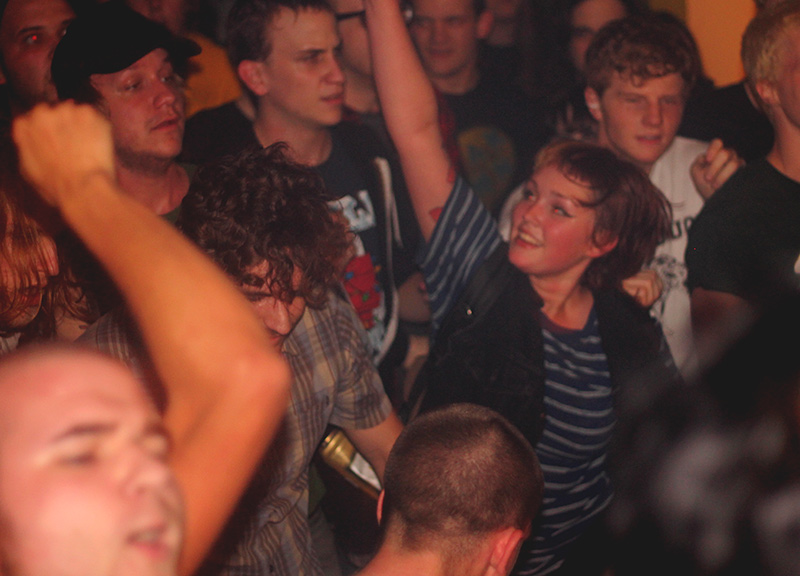 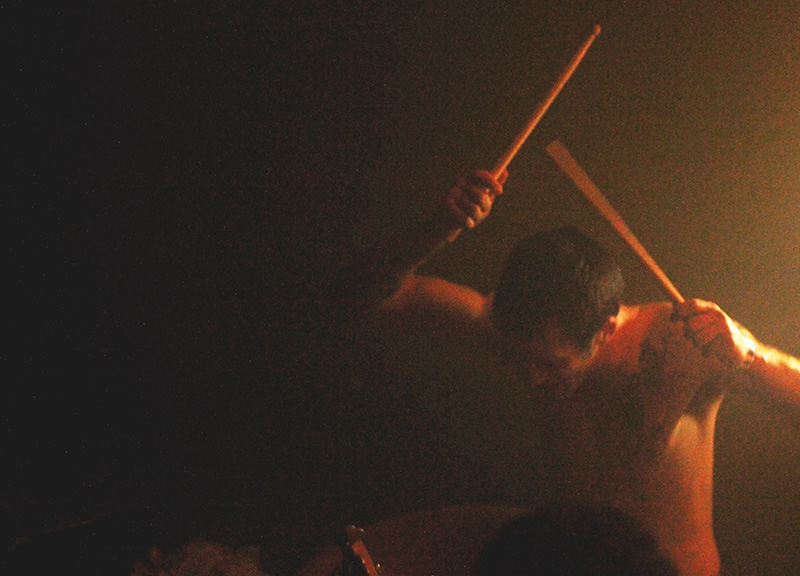 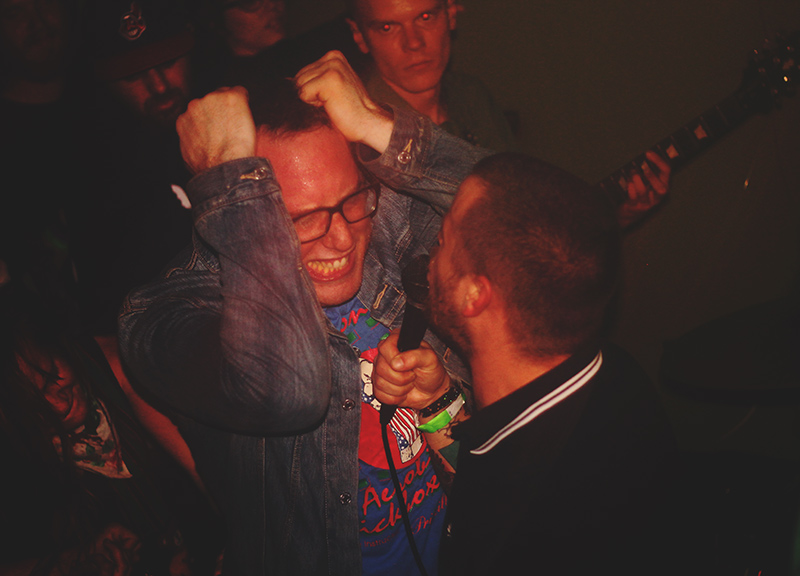 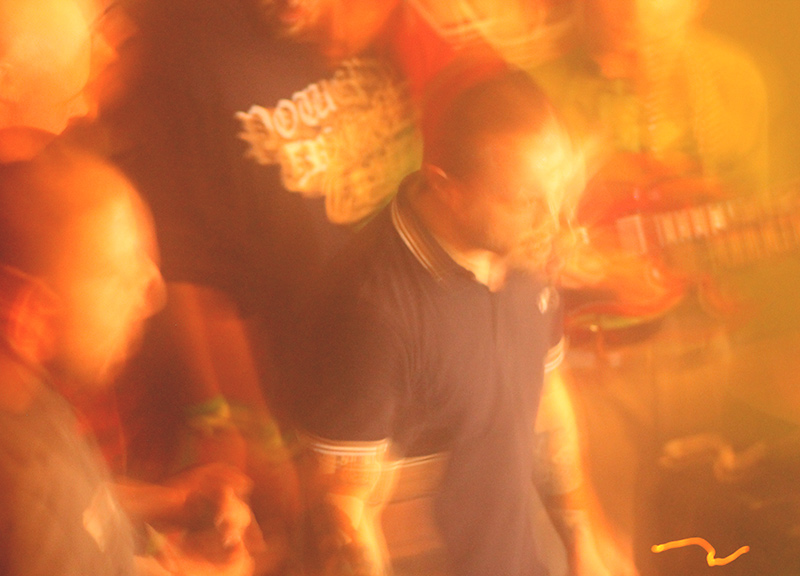 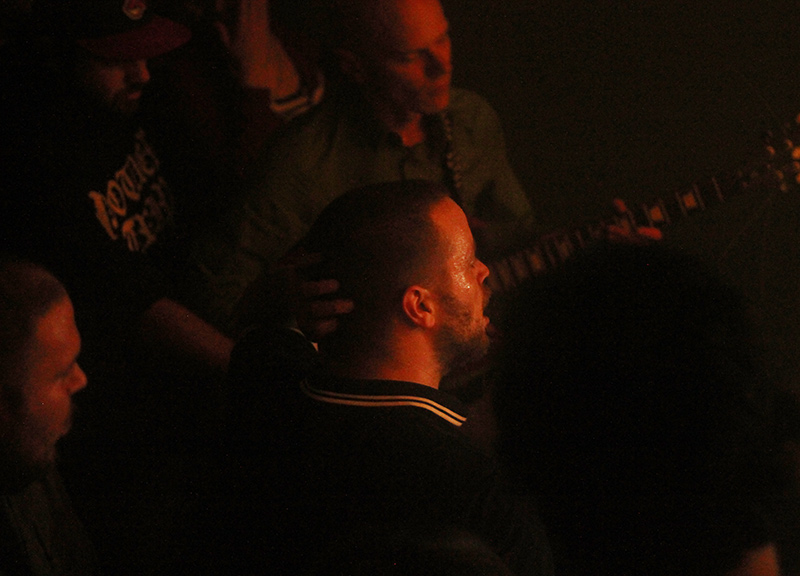 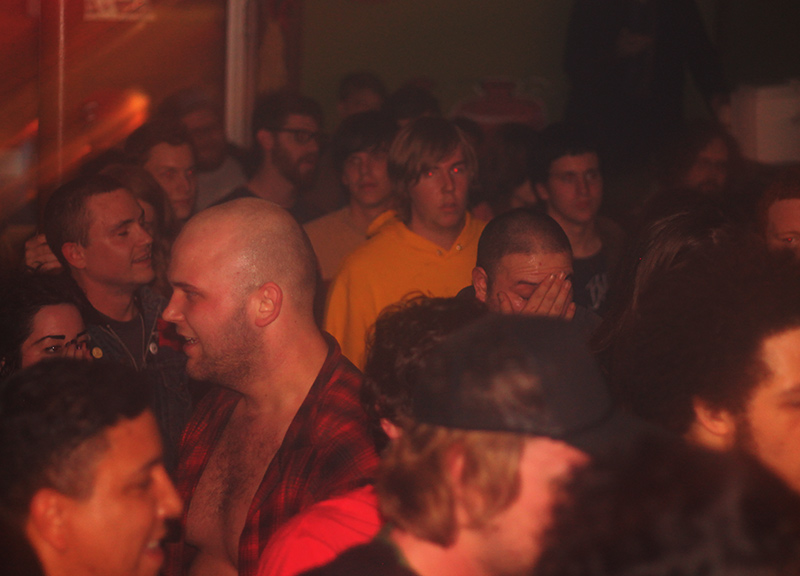