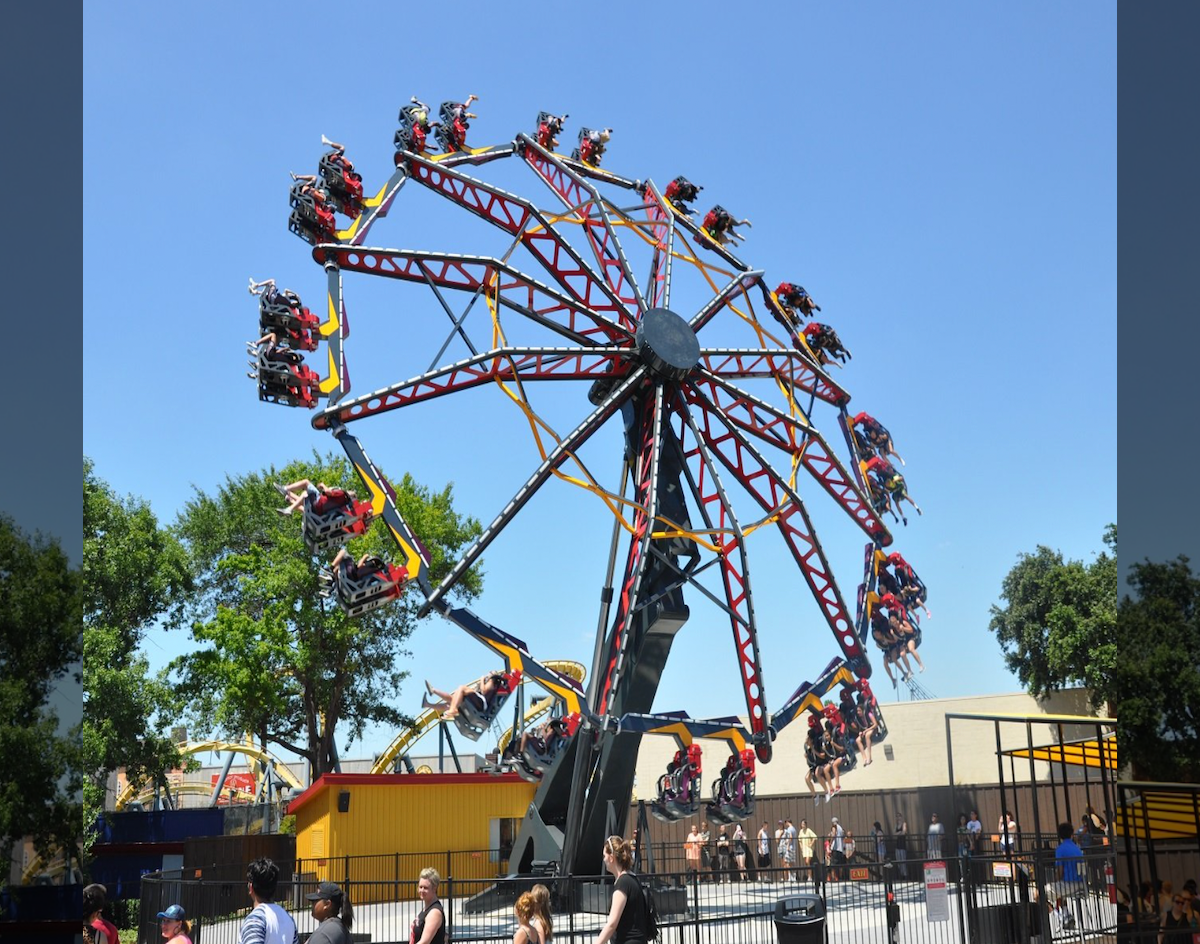 Six Flags Ends Its Unlimited Dining Plan After A TikTok User Exposes All-You-Can-Eat Hacks, Replacing It With A More Restrictive One.

After viral posts on Reddit and TikTok brought more attention to how people can use this to their advantage, the Six Flags Season Pass dining plan ad-on has been replaced with a more controlled option.

Initially, Six Flags Season Pass holders could get this $150 dining plan add-on, allowing them two meals and a snack a day for a whole year, but Six Flags CEO Selim Bassoul says visitors have been “abusing the system.” A man on TikTok named Cam, who goes by “Six Flags Scoundrel,” recently exposed how one could hack the all-you-can-eat plan by getting two meals from its list of food stands and restaurants while saving bucks and calories.

In an interview with Vice in November 2021, the “Six Flags Scoundrel,” said when he broke down the math, the meals were around 50 cents.

“That’s the cost of two packs of ramen noodles — but we’re talking two square meals and another half meal basically,” he said in the interview. “It’s just insane. The calorie to cost ratio is just unheard of.”

Cam even went as far as to track the total value of the meals, how many meals her had a day, the calories in each one, how long it took him to get to the park and the traffic for the best times to go an Excel spreadsheet. He didn’t just go for the food, though. He got on the rides, walked around the park and tracked his weight day to day as well.

A Reddit poster named Dylan, an electrical engineer in Santa Clara, California, also did this hack for seven years. He went to the amusement park, which is only five minutes away from his job, every day and the saving ultimately helped him pay off student loans, buy a house and get married. During his almost decade-long journey, he’s chomped down on food from tri-tip beef sandwiches to churros. In his interview with Mel Magazine, he said as time kept passing, the menu got better, but there still are a lot of bad options. “It’s theme park food, so you can’t expect too much from them,” he told the magazine.

“That entire first year, I don’t think I ever went to the grocery store,” Dylan says. “I timed it so I was able to go there during my lunch break, go back to work, then stop back for dinner on my way home.”

Those days may be over now for those are want to continue this trend. Last week, Six Flags announced it would end its unlimited dining plan and people were quick to blame TikTokers for ruining everything.

Bassoul spoke about the changes during an earnings call May 12 and cited the social media trends as a reason for getting rid of the unlimited plan.

“That dining meal was highly unprofitable — very unprofitable for us, and it was choking everybody else,” he says. “We had a part of our population that — I can name around 10% of our guests — like the dining plan. And I can tell you the numbers, it was around $80 for the full year — for the full season. And it’s included lunch and dinner for the full season and free drink, free meals, free snack. Very, very expensive to run and choked everything, because those people would come in and they can have several of those.”

The new dining plan add-on is $39.99, which includes for four meals that can be redeemed on the same day or throughout the year. There are also one-day dining plans, ranging from $19.99 to $39.99. This simplified program was made in response to guest feedback, according to Brad Malone, manager of marketing and communications of Six Flags Over Texas. For those who previously purchased the unlimited plan before it was killed, Malone said it will continue to be honored.

Cam says his experiment is “good publicity for them because the whole angle of the experiment is how valuable the pass it.” — this was, of course, before this all stormed over.

Guess Six Flags made the pass a bit too valuable, we guess.