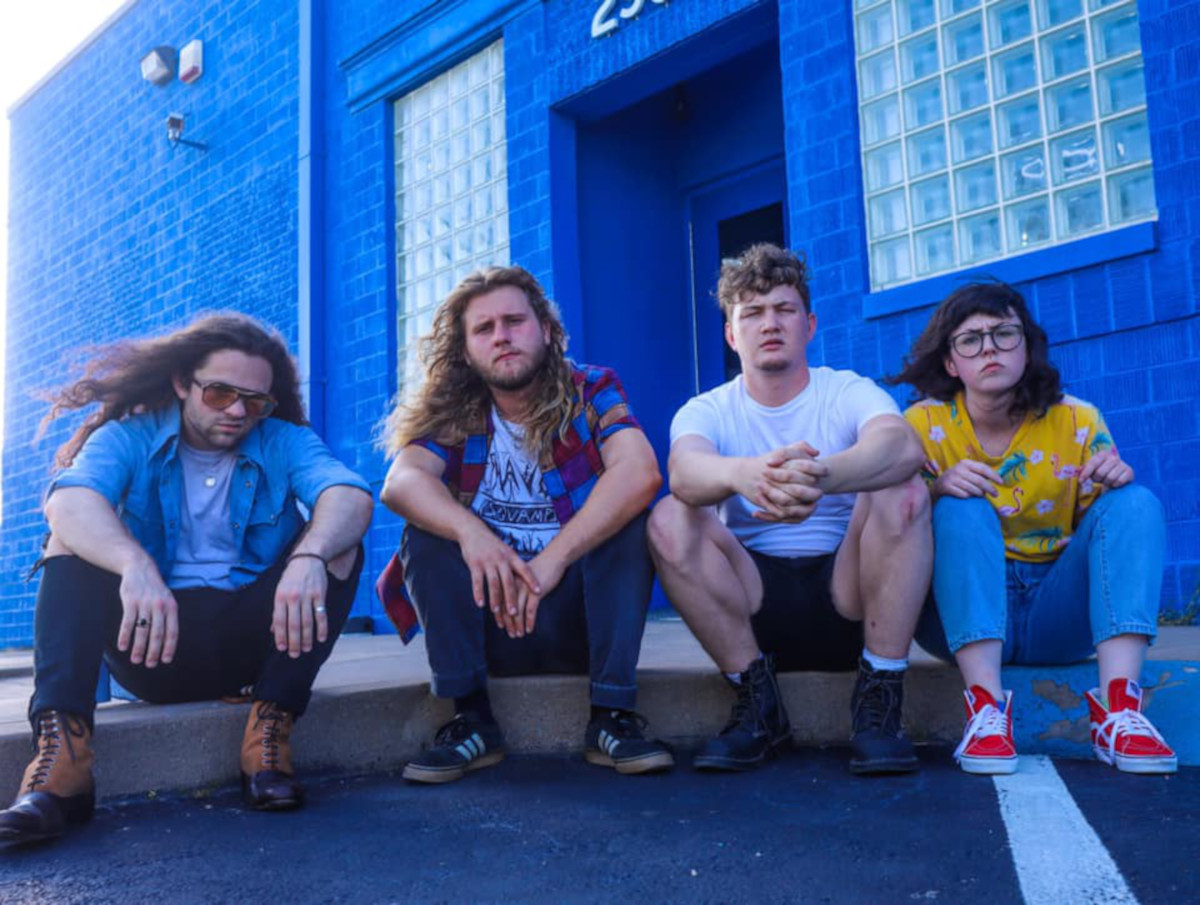 With The Addition Of New Rock N’ Roll Members, Overshare Expands To A Garage-Pop Perspective In New Track “Prison” About A Trapped Relationship.

Overshare – “Prison”
RIYL: Cage The Elephant’s self-titled album
What else you should know: In a year, Overshare has gone from an electro-punk duo to a four-piece garage-pop band but hasn’t abandoned its sick, punk attitude.

Overshare is still very much a deep dive into vocalist Eric Rosener’s mind – since his songwriting deals with his own mental health and struggles with identity. Of course, Overshare’s strikingly angsty persona isn’t complete without his band members Conner Cameron (bass), Chelsea LC (drums) and former Rosegarden Funeral Party member Wil Farrier (guitar) who have all enhanced every instrumental part of its production.

Today, Overshare released its latest track “Prison,” the same day as Rosener’s birthday, and it’s the best one yet. Rosener’s slick, yet aggressive, attitude jumped out when he sat down to write a love song, but something less flattering came out. “To me, it’s about feeling trapped by your love or infatuation for a person, but it’s definitely open to interpretation,” he says.

We think Cameron nailed it best when says, “‘Prison’ is one of our most straightforward, danceable, angsty rock n roll tunes. The drums keep the tempo up while the angular guitar chords rip on top of the rolling bassline. Eric’s lyrics nail the feeling of being trapped in any relationship, something we can all relate to.”

“Prison” is almost like listening to The Growlers or Cage The Elephant for the first time. Despite its unlovely story, the lyrics and instrumentation make you want to let loose and dance in your room. Actually, it’s a lot more fun when you sing it in front of the mirror.

Just the way Rosener says “Your so petty” will almost inspire you to have the chaotic energy to rip the polaroid photos of your ex. It gives you enough rage to finally want to break free, just like the lyrics says. Just climb out of there. Escape even when things start looking pretty. Don’t be fooled.

Rosener has no time to have a bone to pick with someone anymore.

For his birthday, someone give him a cigarette!