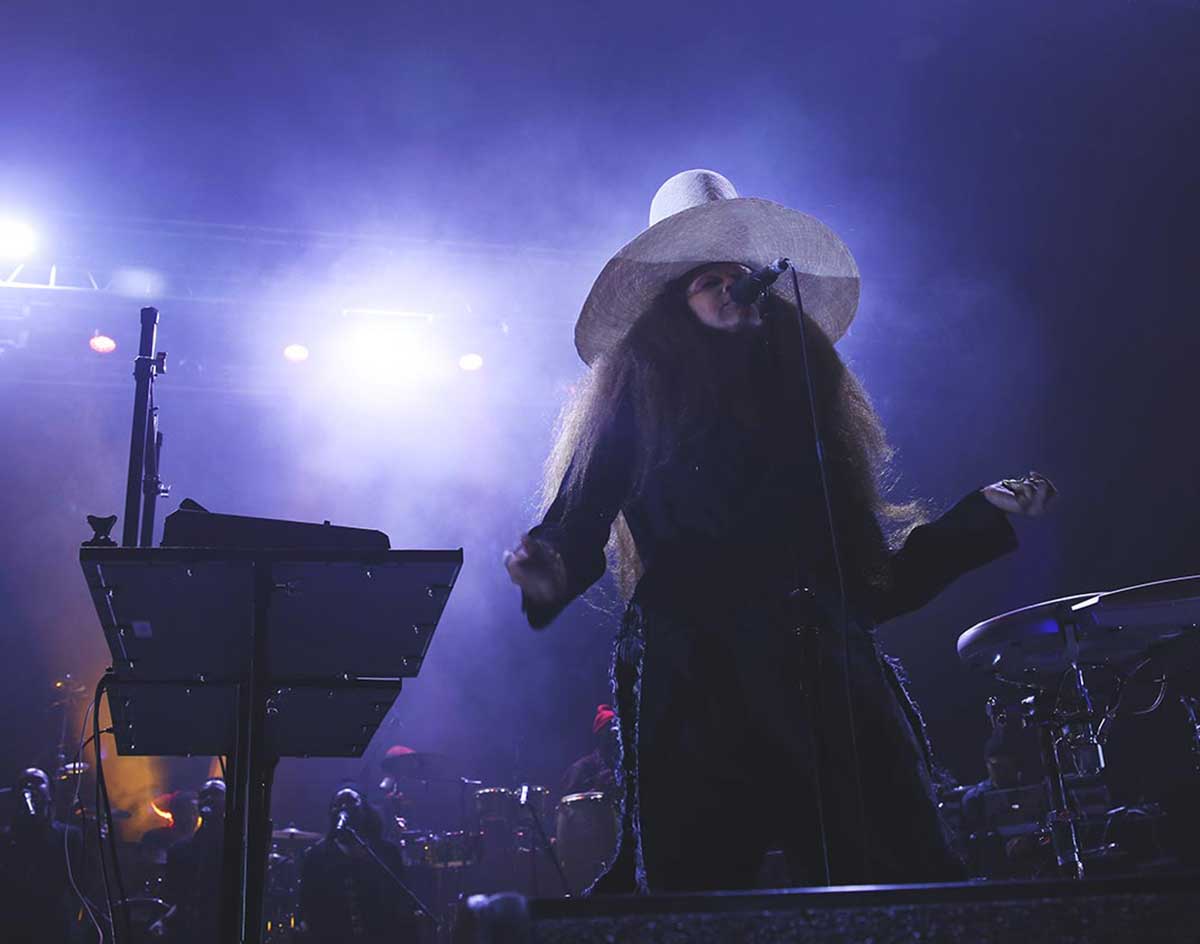 Francis & The Lights, Trapboy Freddy And A Slew Of Acclaimed Dancers Will Also Help The Dallas Icon Celebrate Her 49th Birthday At The Bomb Factory On February 22.

On Saturday, February 22, Dallas icon Erykah Badu will once again take over the massive Deep Ellum venue The Bomb Factory and invite the city to join her in a celebration of her birthday — her 49th, in this case. 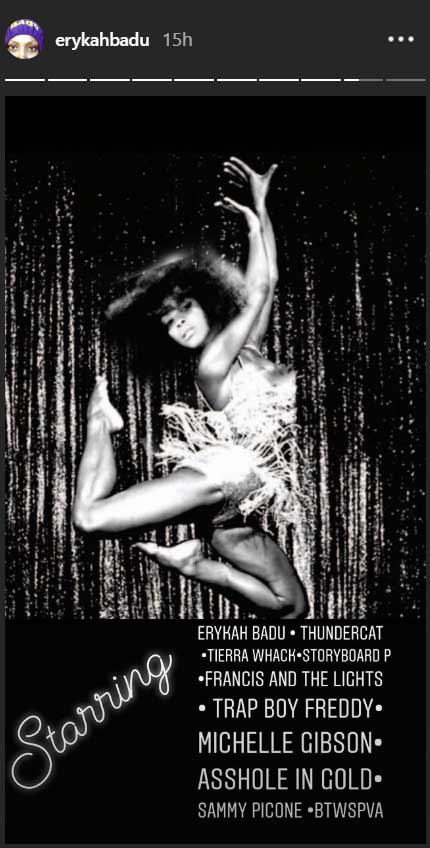 The lineup for Badu’s 2020 birthday bash, as revealed to her IG stories last night.

As with last year – and, well, every year since she started hosting this annual bash at the Bomb Factory upon its opening in 2016 — this year’s deal will once again be a major draw filled with bold-faced celebrity guests on the bill.

Last night on her Instagram stories, the performer announced the acts booked to join her on-stage at what she’s billing as “Love U – A Badu Bday Dance Party.”

In addition to the expected headlining performance from Badu herself, the night will feature sets from her longtime bassist Thundercat, the innovative and multi-facted emcee Tierra Whack, pop darling Francis & The Lights, Dallas rapper Trapboy Freddy and Houston raper AssHole In Gold. Following in line with the event’s theme for the year, the night will also feature dance offerings from such acclaimed performers as Storyboard P, Michelle Gibson, Sammy Picone and students from Badu’s Booker T. Washington High School for the Performing and Visual Arts alma mater.

In other words: It looks like, five years into this deal, the queen’s still got some tricks left up her sleeve yet.

You can likely expect even more details surrounding it to be revealed in the coming days. And you can definitely expect it to sell out shortly — just as it has every year.

So, if you want in, it’s probably in your best interest to get your tickets to the bash now — because as Badu also teased on her Instagram last night, there won’t be a guest list of any sort for this one.

To that end: Tickets for the party, which takes place a just a handful of days before Badu’s formal birthday (that comes on on February 26), start at $55 right here.