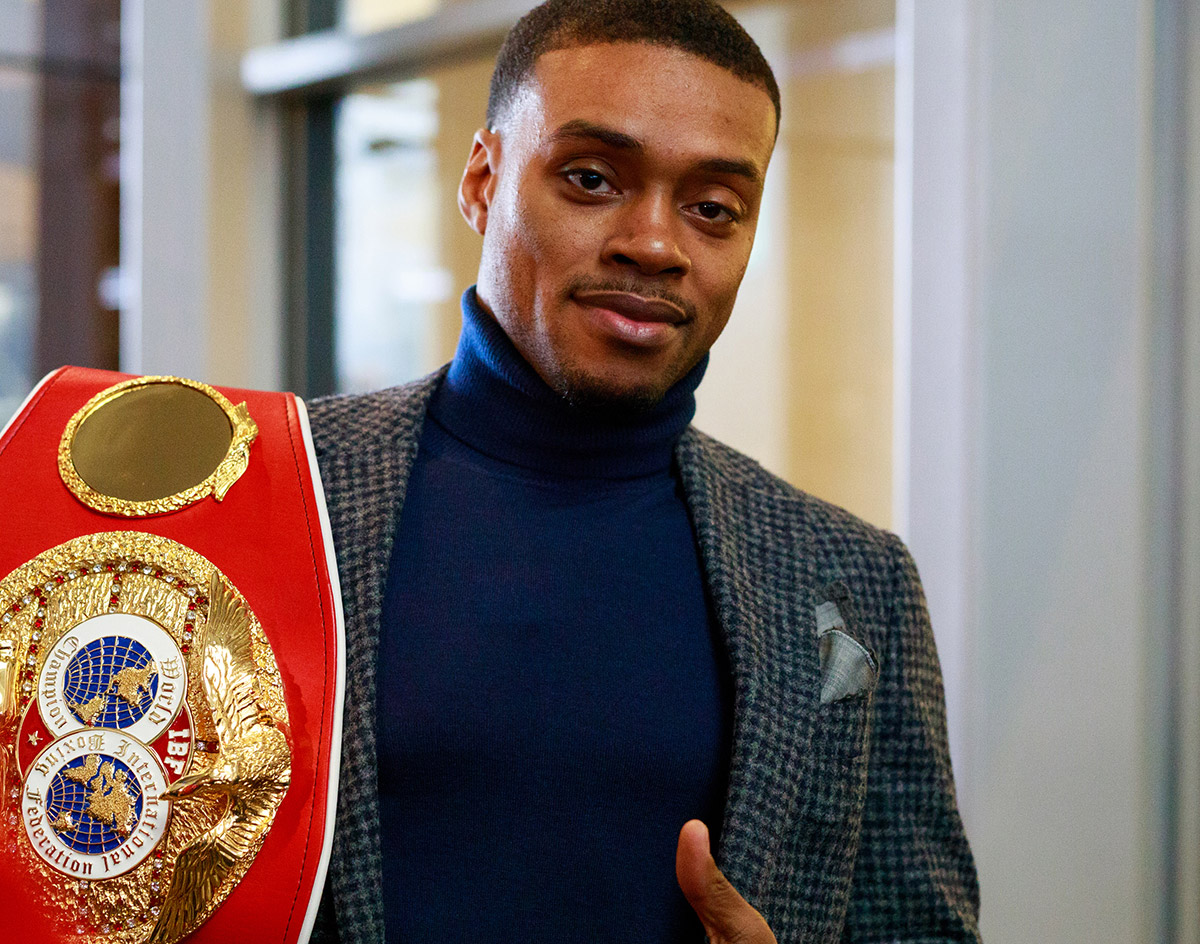 The Undefeated Welterweight Boxing Champ From DeSoto Is Expected To Survive After Being Ejected From His Car As It Flipped Along Riverfront Boulevard.

Update at 1:13 p.m. on October 17, 2019: On Wednesday, Dallas police charged Spence with a misdemeanor for driving while intoxicated during his scary October 10 crash.

Update at 8:41 p.m. on October 10, 2019: Earlier this evening, Spence’s representatives released a statement claiming that the boxer will walk away from this morning’s crash with mostly superficial damage.

“Spence is awake and responding and is listed in stable condition,” the statement reads, per ESPN. “He didn’t sustain any broken bones or fractures but does have some facial lacerations. He is expected to make a full recovery.”

Given the below footage, this is a shocking reveal. Someone’s watching over The Truth, y’all.

Per a Dallas Police Department report, Spence — the undefeated unified welterweight world champion and a staunch supporter of Dallas hip-hop — was “traveling at a high rate of speed” in his white Ferrari at close to 3 a.m. when his car “veered left over the center median onto the southbound lanes and flipped multiple times, ejecting the driver who was not wearing a seatbelt.” Upon arriving at the scene, first-responders took Spence — initially only identified in the DPD report as a 29-year-old black male — to a nearby hospital, where “he is expected to live, but remains in ICU.”

Surveillance footage of the crash — obtained by CBS 11 — is jarring, to say the least.

#BREAKING Exclusive video from a nearby security camera shows the crash that injured Championship Boxer Errol Spence Jr when he lost control of his Ferrari and it rolled multiple times ejecting him. Fortunately he survived and expected to be ok pic.twitter.com/2Z1xh9DDiA

#Breaking More exclusive security camera video showing the crash that injured Championship Boxer Errol Spence Jr when he lost control of his Ferrari and it rolled over multiple times on a Dallas street. He was ejected from the vehicle and injured but expected to recover pic.twitter.com/0LXpel7qNN

The photos of the crash’s aftermath are similarly horrifying.

Following news of crash breaking, Spence’s friends and foes alike took to social media to express support for the  champ — including the Dallas Cowboys organization, which has served as a host and promoter for a number of his recent high-profile fights, and fellow boxer Shawn Porter, whom Spence just beat in a match to unify rival welterweight belts a few weeks ago.

Our thoughts, prayers and best wishes go out to @ErrolSpenceJr pic.twitter.com/XPrltz2BLI

Following a crash like this one, it feels miraculous that Spence, whose celebrity and international fame is on the rise, is even alive. Here’s hoping he gets to the other side of this without having sustained any career-ending injuries, either.

We will update this story with more information as it comes.