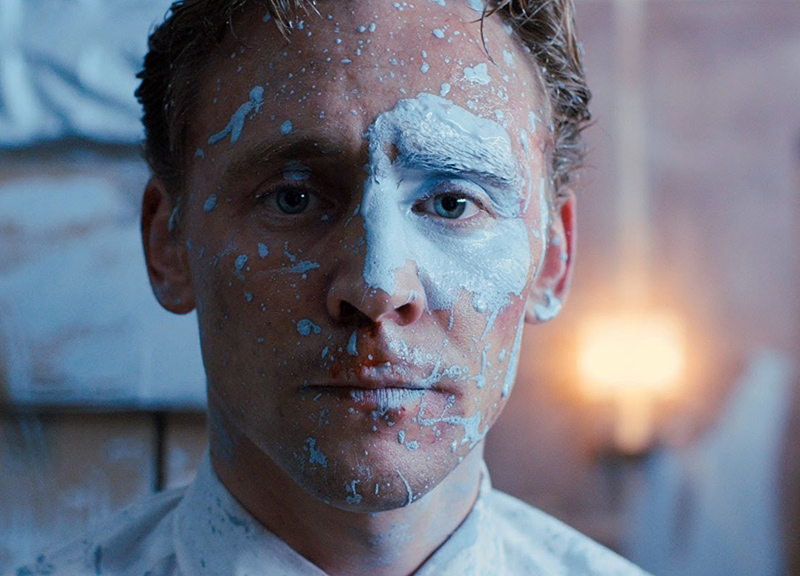 People Keep Walking Out On High-Rise And Its Powerful Look At Society’s Downfall.

After making one of the best horror movies of the new century (Kill List), a dark comedy (Sightseers), and a 1600s psychedelic war movie (A Field in England), director Ben Wheatley has finally decided to take a stab at directing a movie where the world crumbles.

Loosely adapting the J.G. Ballard book of the same name, High-Rise takes place in a very vaguely 1970s-ish England and stars Tom Hiddleston as Dr. Robert Liang, who moves into a new revolutionary apartment building after his sister’s death. This apartment building if the first of five planned structures, which, when completed, would look like an open hand with a lake in the place of the palm. Despite having structural issues, the social order of the apartment complex is already well-established with rules and social classes by the time our lead moves in.

Don’t put too much trash down the chute. Don’t go up to the higher floors if you live on the lower ones. Actually, just stick to your floor entirely, if you can.

As the movie goes on, Liang learns plenty more — most notably that the rolling power outages plaguing the building are due to the enormous energy being spent by the upper floors on their lavish costumed parties and large luxurious apartments. Such is life here. Despite everyone in the building paying the same fee, one’s floor number defines their societal status.

Naturally, this sets up the conflict to follow and shows how easily societal constructs can topple over when one simple and insignificant event snowballs out of control.

And boy, does it ever. Over the course of High-Rise‘s two-hour run time, the apartment building turns in a savage land where raid parties compete for both resources and people.

The movie can be a bit literal in its message, but the brutality of class conflict that dominates the second half of the movie really brings the point home, visually referencing fallen societies such as the decadent last days Rome, the Victorian aristocracy and even our own modern society. Wheatley also cleverly ramps up the violence and psychedelia gradually.

Still, it’s powerful film. Hiddelston plays our audience surrogate — he is both appalled by the events around him and allured by the intrigue of it all. But the real show-stealer is Luke Evans as the very frustrated Richard Wilder, a documentarian living in the lower levels who sees a lot of the inequality and will not be quiet about it. Between the two characters’ outlooks at the crumbling world that surrounds them, there’s a nice juxtaposition at play — one that, eventually, asks the question of whether it even matters how one behaves as the end of days approach.

High-Rise is a lot of thing — harsh, absurd, psychedelic, dystopian and terrifying being among the first adjectives that spring to mind. But it’s also just amazing — a movie that’s well worth the ride into the chaos.

Plus it’s the only (legal) place to listen to Portishead’s dope ABBA cover of “S.O.S.”