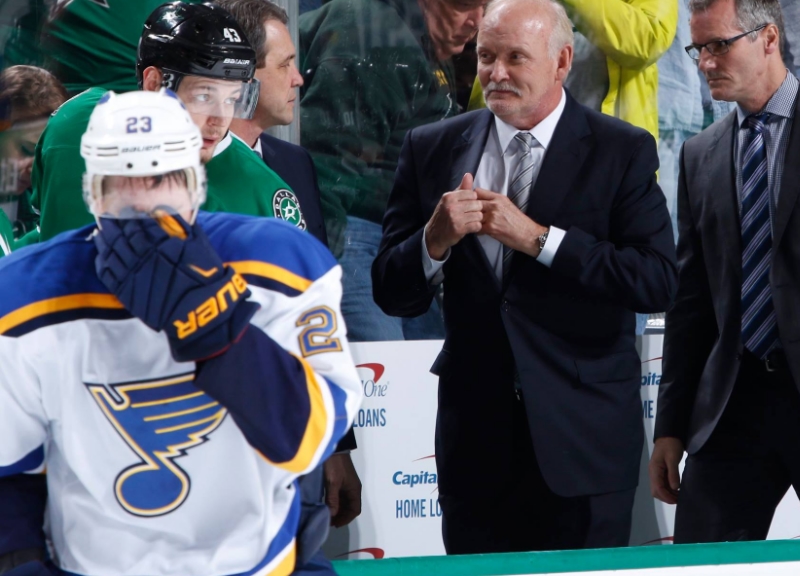 What's Next For Your Dallas Stars After Last Night's Playoff Exit?

Your Dallas Stars have been ejected from the Stanley Cup Playoffs by the St. Louis Blues. Like an usher removing a 12-year-old from a screening of Deadpool, the Stars left with little objection in Game 7.

Let's review the final week of the season for your Dallas Stars, then take a peek into the very near future at the wonderment that is free agency and the draft. Will we also discuss how Stanley Kubrick encoded The Shining with references to the Native American genocide and also his involvement in NASA's Apollo 11 mission? It's entirely possible!

We're having fun here, no?

• Victory Green™ at St. Louis Blues, 3-2. Who are the five best goalies of all time? Think about it. Kari, Kari, Kari, Kari and Kari. OK, so perhaps that is a bit of an exaggeration, but without our fantastic Finnish friend, forget a favorable finish for our familiar faction in this one. Mattias Janmark, Vern Fiddler (on his 36th birthday, no less) and Jason Spezza (slick toe drag PP) combine for three goals on seven shots in the opening frame, resulting in a goalie change by seething Blue's bench boss Ken Hitchcock. Brian Elliot had been splendid thus far for St. Louis, and to see him give up so many relatively soft goals so quickly was welcomed with arms wide open. But the dominating score wasn't entirely indicative of the Stars' performance. While solid, it wasn't three goal-worthy. With Jake Allen in net, the nerves knocked out of the building and on the bench, St. Louis proceeded to pepper Dallas on what looked like a 40-minute power play that dragged on agonizingly slow for Stars fans. Alexander Steen scored on a fortuitous rebound off the pads of Lehtonen to get the Blues on the board midway through the second. Did you sound like an old farm maid shooshing the chickens from the back porch with a straw broom, hollering “git out uh here!” every time the puck was shot up the boards in an attempt to clear the zone? Surely you must have, because that's all the Stars were able to do in the third period — and that was if they were lucky enough not to turn the puck over. Kris Russell and Jason Demers were especially guilty in that department, as the undersized duo unable to withstand the Forechecking™ pressure of the towering Blues forwards. Patrick Bergland scored off a beautiful no-look backhand pass from Jori Lehtera in the slot to bring the Blues within one, but Kari held on, making many high-difficulty saves down the stretch to secure Victory Green™. It wasn't pretty, but I don't care how you get there, folks, just get there!

Gamesmanship Note: As Dallas dumped puck after puck (or the same puck, over and over again, lest the league be forced to shut down again) for icing, Your Dallas Stars weren't able to change out fatigued personnel in the closing minutes. Them's the rules. Our sweet young beautiful Radek Faksa had a shot block earlier in a sequence that he, ahem, artistically highlighted to the ref after yet another icing call. He then winced over to the bench and allowed a fresh Cody Eakin to take the faceoff in his tired absence, while buying some breathing time for those stuck on the ice. The presence of mind and situational awareness of this rookie is quite something! What a sly Faksa!

Well, we could break this game down, as is customary in the game recap portion of these here Forechecking™ columns, but you don't really want to hear about how the Stars' special teams and goaltending were disastrous last night, or about all the missed opportunities near Brian Elliot. In all honesty, the Blues are just a better team than the Stars are right now. They are a veteran-led squad who have been one of the better teams in the West since 2011 and whose window for a championship is slowly closing just as Dallas' is starting to open. I thought the Blues would win in six, and for Dallas to play them so closely in the series without the benefit of Tyler Seguin (remember him?!?!) is impressive. It sucks to lose, especially in this fashion, but the Stars were just nine wins shy of a Stanley Cup after last season's absence from the playoffs. Chin up buttercup, and enjoy the journey!

“They are the future of the NHL. That's what they are. They are really good. They missed arguably one of their two best players, and they are where the game is going. We all recognize that. They are going to be a tough opponent for a number of years because of what they've got.” — Ken Hitchcock

The Stars are likely to see some considerable changes this offseason. Where? Why? Who? What year is this? We can't say, but we do know what the Stars need to do if they don't want to be singing the blue box blues again next season.

Goaltending: Antti Niemi and Kari Lehtonen are both under contract for two more seasons. As the most expensive goaltending duo in the NHL, it is unlikely that both will be back next season. The options are limited, both via free agency and within the organization, as their best goalie prospect isn't highly regarded, and the best unsigned goalie is a washed up Cam Ward. He no good no more. GM Nill may have to pull another miracle trade to shore up the crease.

Defense: Alex Goligoski, Demers, Russell and Jordie Benn are set to hit the market as unrestricted free agents, and the Stars are certainly not going to get into a bidding war for their services. Expect one, at most, to be resigned as Dallas benefits from having depth at the position in the AHL. Look for young guns Esa Lindell, Julius Honka and possibly Mattias Backman to make the jump to the NHL as Patrik Nemeth and Jamie Oleksiak will get a true opportunity to be regulars in the lineup. This is an area where the Stars can improve without too much consternation.

Forward: Travis Moen, Fiddler, Patrick Eaves and Colton Sceviour each have UFA status. I see Sceviour and Eaves getting contracts (hopefully), but with Brett Ritchie and Curtis McKenzie graduating to the big club, it wouldn't surprise me to see them walk for more money elsewhere. Fiddler and Moen may have seen their last days in the NHL, and that makes me sad. The Stars' Top 6 can remain largely untouched, as Nill has done a great job in timing contracts and “asset management” of the biggest position of strength of the franchise.

Wildcard: Val Nichushkin will be a restricted free agent heading into the offseason. Does he bolt to the KHL for mega rubles and easier competition? Does he sign with Dallas to a modest bridge contract? Do his rights get traded along with Lehtonen to [fill in the blank] for draft picks?

The Draft: By failing to advance to the Western Conference Finals, Dallas retains its conditional first round draft pick from the Jokipakka-for-Russell trade. That's all I know right now, but we at Forechecking™ will be hard at work researching the draft this summer, and I promise extended draft talk for hours and hours and hours, so much so, that our sister site (OK, cousin site, twice removed), Salon.com, will have to carry our extensive draft coverage.

Final thought: I always felt this year's team was like the mid-'90s Stars, trending in the right direction, needing a better goalie, some better health in the playoffs, and a little more seasoning. Remember, kids: We went from 10th in the West and out of the playoffs to 1st and battling a strong Stanley Cup favorite in the second round in just 365 days! There's much work to be done, but Jim Nill has led us out of the maze of mediocrity, and the there's no denying the future looks exceptionally bright around here.

P.S.: Will we ever see Tyler again? I've really missed my Tyler Time these past few weeks.