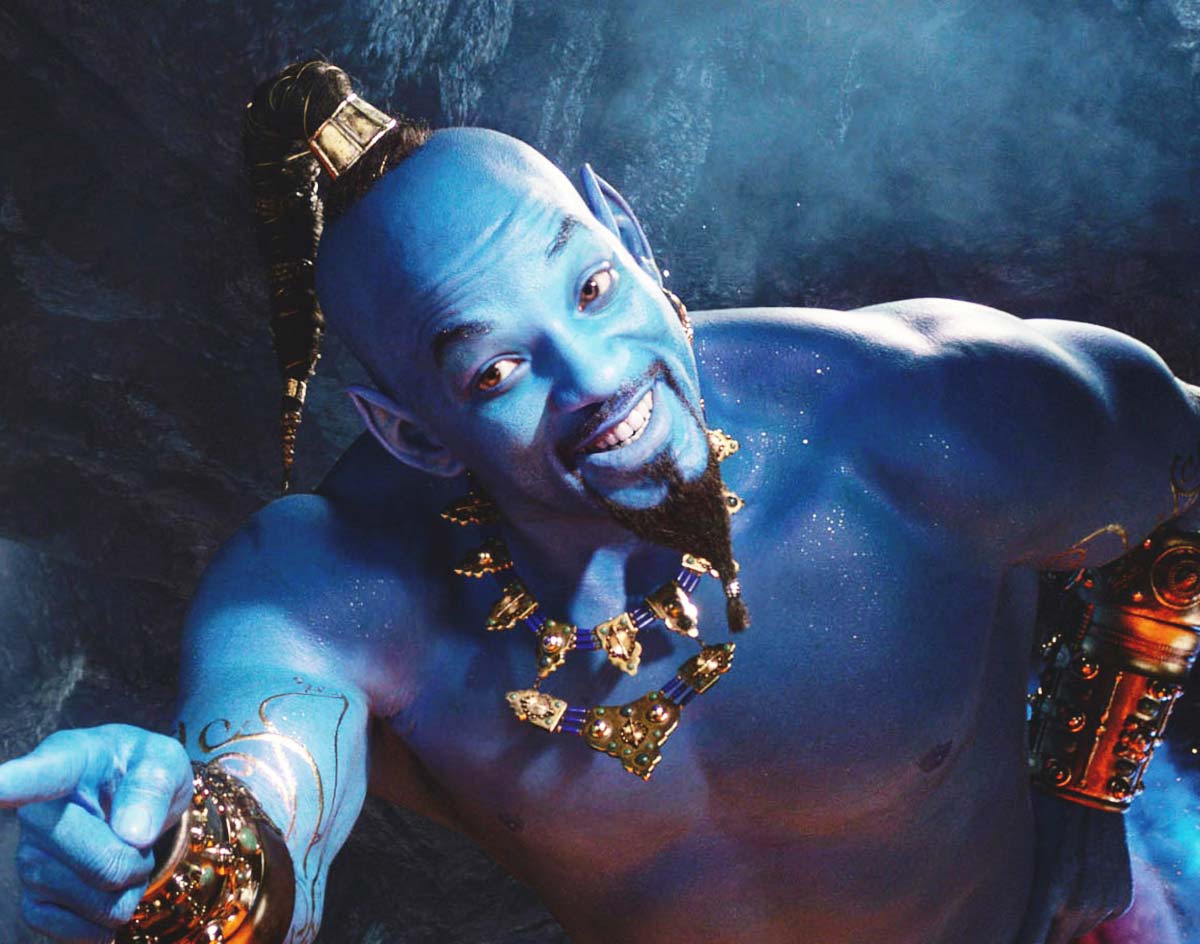 A Whole New World: Guy Ritchie’s Take On Aladdin Has Us Rethinking Our Stance On Live-Action Remakes. Plus, Will Smith Makes A Pretty Great Genie.

When the previews for Disney’s remake of Aladdin first hit the internet, fans of the original cried out in anguish: How could Disney remake a perfect movie from our childhood? Why did it need to be made into a live-action version? Why Jafar is far so young? Who are these two actors playing Aladdin and Jasmine? And why is there so much dancing? HOW COULD THEY EVEN THINK OF ANYONE PLAYING THE GENIE OTHER THAN ROBIN WILLIAMS?

It was easy to fall into that pattern of thinking. Nostalgia is a strong elixir. And the Aladdin so adored from the 90’s did, after all, stem from the golden age of Disney cartoon films. So, yes, this attempt seemed unnecessary, feeling like a cheap cash grab from the start. There was simply no possible way its filmmakers could capture the magic of the original animated film.

But: What if this Aladdin was actually really good?

Director Guy Ritchie’s 2019 Aladdin narrative is the exact same story from the 1992 version. It hits all the same plot beats. But it also adds some rather delightful new songs and dance numbers — and gives Jasmine and the Genie even more character beats than the original managed.

This modern take gives Jasmine (Naomi Scott) more of a voice about her station in life: Yes, she’s a princess, but she feels that she can be a just ruler for Agrabah like her father has taught her to be; alas, due to laws and tradition, she is not able to rule and must marry a prince. Scott is phenomenal as this updated, more modern Jasmine — it’s truly a breakout performance. She brings a fierceness and vulnerability to the character displayed well in the new song, “Speechless,” which shows off Scott’s vocal abilities and acting chops. (Look for the song next year at the Academy Awards.)

Initially, the first quarter of the film feels a little slow — mostly because we all already know the plot. But then Will Smith’s Genie appears and the film picks up new energy. Smith’s Genie is very much his own character. Robin Williams’s Genie is basically untouchable, and Smith knows this, so he and the filmmakers carve out room for Smith’s own interpretation. And when Smith is able to simply be his charming self, the Genie really works. Smith has always been a likeable performer, and the previews for the film really do not do his performance justice.

And then there’s Mena Massoud, who is likely to become every teenage girl’s new heartthrob as Aladdin himself. His energy is infectious and he actually brings some rather hilarious comedy to Aladdin in his efforts at wooing Jasmine.

Even the aged-down Jafar, presented as more of an ultra-ambitious fast-riser rather than a disgruntled older man, is a fresh take on the character — albeit one that mostly exists as a foil to Aladdin.

The production design is also something else. These sets are vibrant and beautiful. The costumes are detailed and bright. The fully realized dance sequences pay homage to the original film and are a joy to see on screen: “Prince Ali” is a particular feast for the eyes, with thousands of extras dancing and singing along.

Swallow this pill: At this point, Disney live-action remakes are inevitable. And perhaps it’s better to embrace them than complain. They don’t take away the magic of the original — and maybe they can bring something new and enjoyable to the table.

While the original Aladdin will always hold a special place in our hearts, this remake does well with giving its audience the original story with some new, bold updates.

It’s delightful. And Will Smith’s Genie is way better than you’re expecting it to be.