Denton’s Newest Restaurant Flying Squirrel Does Not Give a Flying Fuck. 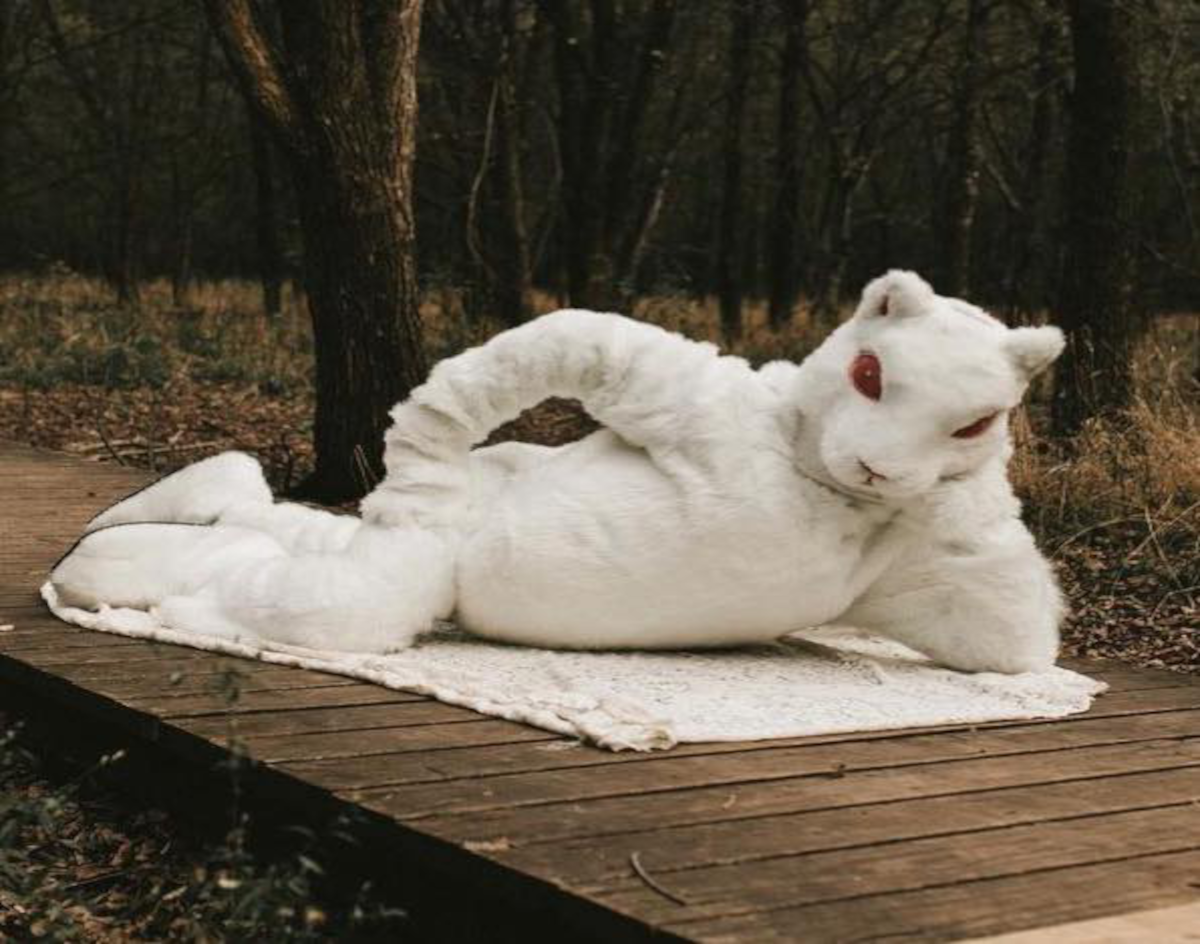 This Eatery Has Created A Safe Space For Its Eccentric Employees And Will Send A Squeaking Squirrel If A Customer Is Rude To Them — No, Seriously.

Flying Squirrel, an all-day breakfast and lunch restaurant near the University of North Texas, isn’t playing any games — actually, it’s embracing absurdity. If you even dare pull out your best rude Karen attitude, you’ll be met with a simple reply.

Located at 1216 W. Hickory St., and only steps away from the nightlife hub of Denton, the new Flying Squirrel restaurant is demanding our attention. No really, what else could you call sending a red-eyed albino squirrel mascot named Lucky to dance in the street to attract potential customers? Needless to say, there was not one UNT student who was not smiling at the sight of Lucky busting a move on the corner of Hickory and Fry.

Here’s what makes Flying Squirrel pretty heroic — it believes in redefining its food business model to encourage notable customer service without disregarding the livelihood of its employees. Meaning, the new eatery rejects the mentality of “the customer is always right,” a motto that encourages the disrespect of servers within the food industry as a whole. This outdated motto is seen as toxic in the eyes of this new Denton dining spot, and it’s changing the game.

Instead, for the Flying Squirrel team, the customer is rarely right.

Owner of Flying Squirrel Adam Hasley opened the restaurant with a vision that it would be a safe space for everyone – especially his devoted employees. According to the Denton Record-Chronicle, Hasley makes his staff his first priority by encouraging them to be the full version of themselves for the sake of their emotional and physical well-being.

Hasley encouraging full versions of his workers goes beyond normalized standards and reaches different variations of inclusivity. If any customer complain or gets upset about the environment, Lucky the squirrel greets them with a squeaking sound. Yeah, it’s true.

Although this new method of food service may sound as if this restaurant is merely a different edition of Dick’s Last Resort (A restaurant where the marketing niche is to be rude to customers), this assumption could not be further from reality. The wait staff for the Flying Squirrel are beyond friendly and provide excellent customer service to everyone who walks through its doors– including dogs with its whipped cream pup cups.

The caring customer service does not end with friendly banter or pup cups, the entire atmosphere of the restaurant is proof of this as well. From the waiters spontaneously dancing as they work on orders to witnessing the baristas get excited to put on Ru Paul’s Drag Race every Friday for everyone in the restaurant, the Flying Squirrel staff is curating a supportive and joyful environment for everyone.

After its soft launch on Jan. 11, the new dining spot has since heavily leveled up its food game with the introduction of a complex vegan, espresso, and mocktail menu. The vegan menu includes options such as Mediterranean vegan flatbread pizza, vegan ultimate grilled cheese, almond blueberry salad and more.

Also, ordering a drink is necessary when visiting the Flying Squirrel. If not the $2 mimosas, then an item off the espresso menu such as the honey almond toddy or peanut butter maple coffee is a tasty pick-me-up. Additionally, the eatery also has mocktails for its sober or not of age customers that include virgin piña coladas, ginger cranberry margaritas, butterbeer and more.

These menus are a continuation to the regular menu containing fan-favorite items such as stuffed grilled cheese, chicken sandwiches, flatbread pizza and “gay”ke — a rainbow cake dedicated to support the LGBTQIA+ community. Plus, it tastes great.

Flying Squirrel will have its grand opening in March, and while all menus items are currently available now, its incoming new hood system promises to be a quality game changer.