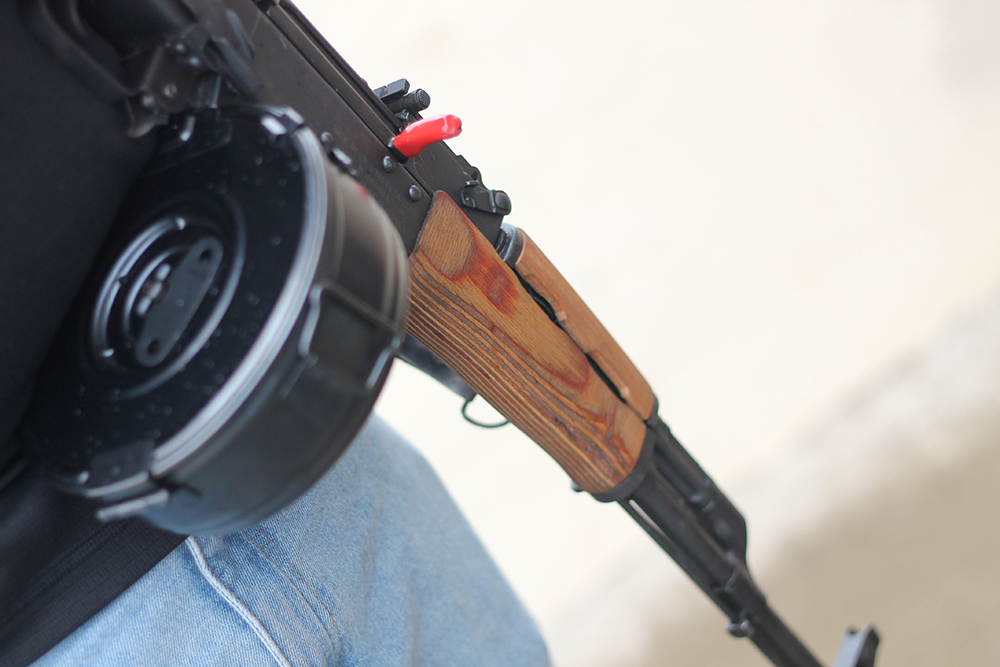 Deaths Bring Out The Worst In Our Region.

Death in Denton: Like a rotten onion, this story just has layer after shitty layer. Early Sunday morning, Ryan McMillan was shot and killed at the intersection of Fry and Oak streets in Denton. Peel back: He was a UNT student who had just turned 21. Peel back: A police officer shot the student. Peel back: McMillan was allegedly brandishing an ax. And now comes video from the Texas Rangers, who are investigating the officer who shot McMillan. McMillan can clearly be heard shouting, “Shoot me! Just shoot me!” Whatever happened that night was already sad, and continues become more tragic as more details are revealed. Minus 6.

Take Him Down: Maybe you remember Ethan Couch, one of the worst people alive? Aside from boasting a face that’s oh-so-punchable, he was the teen responsible for killing four people while he was driving drunk in 2013. He was found guilty, but a terrible judge gave him 10 years' probation, citing “affluenza” as the reason he didn’t really know right from wrong. Now, video has surfaced that may show Couch violating the terms of his probation — and that evidence could likely put him behind bars. Naturally, he and his mom are now M.I.A., and authorities fear they may have used their wealth to flee the country. So in case you're wondering: It's possible to loathe this kid and his parents even more than before. I hope they catch the bastard. Minus 4.

U.T. A-OK?: With attacks in Colorado Springs and San Bernardino, it’s no surprise that people are on edge. But maybe we should use some common sense before we overreact? On Wednesday — smack dab in the middle of finals — someone called police because a man wearing camo (not that uncommon in Texas, even if you look like a dork) and carrying a video camera as he walked into the architecture building. Fearing the worse, the police blocked off streets and searched the building. Turns out the guy didn’t even have any sort of weapon on him or in the building. Yes, we need to be vigilant to prevent gun violence. But we need to be smart, too, especially since open carry starts in January. Minus 2.

Sugar Rush: Hypnotic Donuts makes the best breakfast that will make you want to immediately take a nap. So the mere idea that they’ll be expanding their sugary empire makes me salivate. Early next year, they're opening a new destination next door — and they're making good progress, too. Called Hypnotic Emporium, it's an ice cream parlor and candy shop that will feature homemade treats from the team behind Beth Marie’s in Denton. Both venues will be open later into the night, too. You can find me in a coma at one or both places. Plus 2.

How Low Can You Go?: In one of those crimes that's a combination of stupid and cruel, Calvario Funeral Home employee Juan Vasquez is accused of using a dead woman’s credit card. The family of Maria Nieto Martinez had a rosary and mass for her at the Oak Cliff funeral home in October. A few days later, new charges started showing up on her credit card, and that's when the police got involved. They now claim they have “photo evidence” of Vasquez using the card. Owner Lupe Garcia said, “We have never had anything like this has happen” in their 35 years in business. And it hopefully won't happen again. Minus 2.