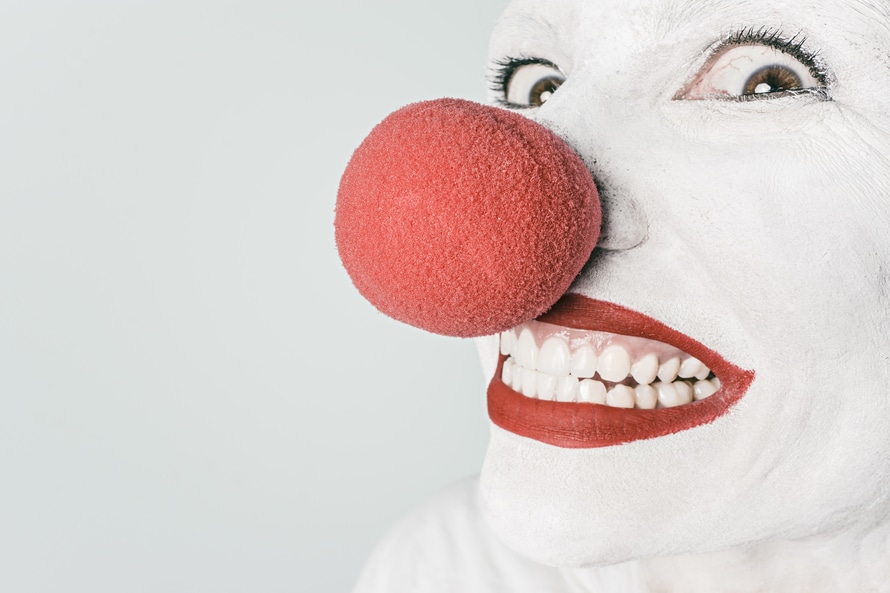 Per an old quote, oft attributed to Lon Chaney (read: the only actor to portray all four major horror characters, the Wolf Man, Frankenstein’s Monster, the Mummy, and Count Dracula) there’s nothing funny about a clown in the moonlight.

There’s also nothing funny about folks in clown costumes creeping around schools and the like, helping to perpetuate a mild-level national hysteria that’s been going on since August, originating in Greenville, South Carolina, where residents reported men with white grease-painted faces and red wigs were attempting to lure children into the woods. How very It.

Per the DFW Scanner app, Fort Worth and North Richland Hills police departments were investigating clown-related calls in their respective jurisdictions:

Reports the Star-Telegram, however, none of the North Texas clown sightings have been confirmed by authorities. Real, imagined or straight up practical jokes, the majority of the country’s clown sightings thus far have been hoaxes.

It is, perhaps, author Stephen King, from whose brain It‘s Pennywise sprung, who has the best perspective on all this clown business. He was recently interviewed by the Bangor Daily News, where he offered up the following.

“I suspect it’s a kind of low-level hysteria, like Slender Man, or the so-called Bunny Man, who purportedly lurked in Fairfax County, Virginia, wearing a white hood with long ears and attacking people with a hatchet or an axe,” King says. “The clown furor will pass, as these things do, but it will come back, because under the right circumstances, clowns really can be terrifying.”