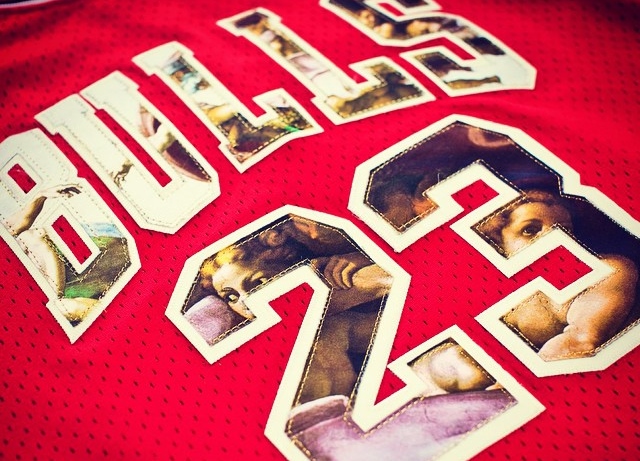 Rapper Leon the Professional Hung Up the Mic and Started His Miel Y Noir Clothing Line.

His government name is Leon S. McKenzie, but to his clients he is simply Leon the Professional. He exudes an ironic dedication to quality as Jean Reno’s memorable character in the classic ’90s film The Professional. He may not be a recluse or share a poetically tragic obsession for a young Natalie Portman or a Chinese aglaonema plant he tirelessly tends to, but the urge to “kill shit” is there. But as the owner and operator stylish clothing line Miel y Noir, McKenzie metaphorically swaps out Reno’s tools of destruction for a less deadly sewing machine.

Miel Y Noir’s customized NBA jerseys replace standard team logos, names and numbers with hand-sewn bits of fashionable, one-of-a-kind cloths laden with prints intended to say something about the individual player, his city or his team.

In fact, the creatively stylish clothing line, where abstract concepts mesh with your favorite NBA player’s jersey, has even taken priority over Leon’s rapping career of late. He still spits and breaks when possible, however, these days he’s more interested in providing his customers with the latest and greatest.

We sat down with him to see where he’s been, where he’s going and why we still cry when Gary Oldman pulls Reno’s vest open as he laid dying.

Why did you decide to start making these jerseys?
The moment I created the first one, the spark happened. I’ve always been into fashion and I’ve always loved jerseys: the colors, the affect it has in hip-hop culture. The jersey is something that I was never able to get as a kid. I couldn’t afford jerseys, and my friends always had dope ones and all that. So when I was able to afford one, I would rock it when I would perform and when I would battle. So that day, I was just being creative. I saw the fabric, I saw the jersey and I was like “It would be super dope if I could get this on that.” And that’s when it started. It was really organic. I saw the fabric and it was like a light spark. Once I did it and realized I could do it, I just went with that — like this worked so let me test out some more concepts. I really don’t know how to explain it, divinity, I guess.

Take us through the process of making one of these.
I first develop a concept that comes behind each jersey. Each player, whether it’s their nickname or something related to the player, I really try to dig deep and find something artistic. For this series it was the Renaissance, just something unique that matches the player. For Larry Bird, we did the ostrich, of course the biggest bird there is. For Michael Jordan we did “Touched by God” by Michaelangelo. So when it comes to concepts what happens, there’s a moment of creative spark; I take that then I try to find something that goes along with the player and then I search for fabrics. It just depends on the concept. I lay everything out, hand cut it, fix it then I go to a manufacturer to get it sown and monogrammed. I then tag it, and that’s a wrap. 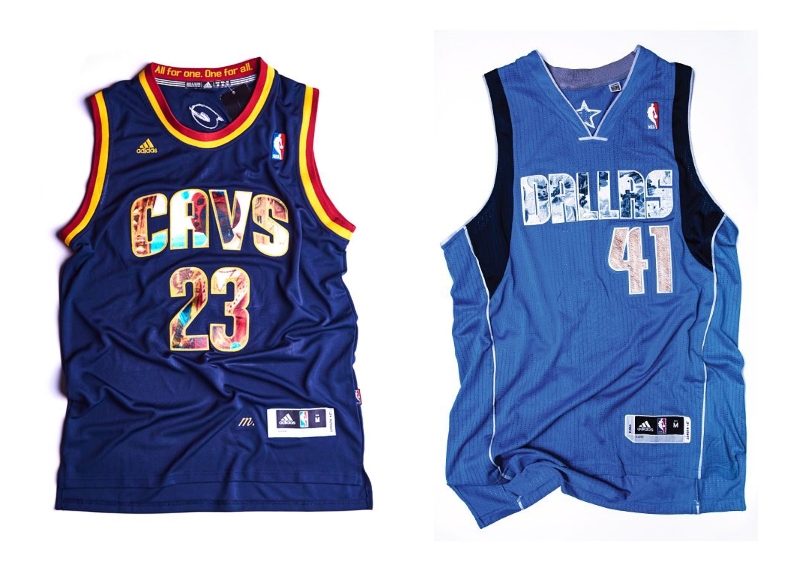 What have your sales been like so far?
They’re going, it’s cooking. The first thing is penetration into your market. It takes time for people to be willing to spend the money on a brand they’re unfamiliar with. A lot of people need the cosign. A lot of people see the creativity and love the product, but they’re uncertain because they haven’t touched it. There are others that think it’s dope and want it. It just depends on the person. We’re doing our absolute best to get penetration into the market. It’s just a matter of time before it gets into larger numbers, but we’re OK. I like where we’re at. I can’t say it’s maxed out, but it’s walking and that’s what I need. Pacing is the most important part for a business. In life, you’re not born and then you run; you crawl, you get up, then you start walking, then you run, then you sprint. So I’m happy where we’re at, things are good.

How did you start rapping and getting into the b-boy culture?
I’m a lover of hip-hop culture in general. I grew up in Ottowa, Canada and not many people know about that place. Everybody knows Toronto, T-dot. What is it, the six? Is that what they’re calling it now? I grew up listening to the best of hip-hop; I grew up on Rakim, ATCQ, Wu, all the good stuff so I loved hip-hop and loved to dance. I had been dancing since a young kid so when I moved to Dallas all I wanted to do was continue being passionate about something I’ve always been passionate about. Fashion comes into that because I used to sew and create my own stuff, too, but when I came to the states I wanted to pursue dancing for real. B-boying was the dance of choice because I loved the acrobatics. Before I left Canada I would just train six hours a day or more for the summer until school started. Then I met some kids that rocked up there and then it was off to the races with them. They introduced me to some new people and it was just like the fashion thing; you start to crawl, then walk, then run. Now I was dancing, I was MC’ing and remember rapping the lyrics from “Scenario” in second grade. I always loved listening to hip-hop, listening to a track that had just dropped, sitting and learning the lyrics then going to school and popping off to kids; they’re like “Oh, how’d you learn that so quick?” Then I moved to the states and just kept writing. Nobody really knew me and I didn’t know how to interact with Texas yet. It was culture shock moving from Canada to Texas. It all manifested itself at the same time. I was breaking and battling, I toured and did all the stuff in the b-boy world. I was listening to stuff locally and in hip-hop and I was just frustrated. I felt like there was talent here in Dallas that was overlooked, talent I knew was overlooked. The sounds that people appreciated, whether it was the club or whatnot, was bullshit. I felt I needed to bring something back. I need to come out of the b-boy world and deliver something as hard as I can. I was just frustrated. There’s talent here and it gets overlooked and that was my biggest frustration, and still is. As far as hip-hop, it spurred in me and I felt like I had to do something to make people, or maybe I should be the one to come out like the classic ’90s MC that just starts ripping bars. I’ve always been into hip hop, spitting conscious bars that have meaning. I’m all about value; when it comes to making the jerseys I want to bring a high-quality value. When it comes to music I want to bring a high-quality value. When it comes to dancing it’s the musicality that’s valuable to watch and experience. Music has propelled me to do some different things; I got to go down to Austin, I got SXSW, did some tracks with some people… It’s a good run, and I’ve chilled-out on the music tip to focus on the fashion. 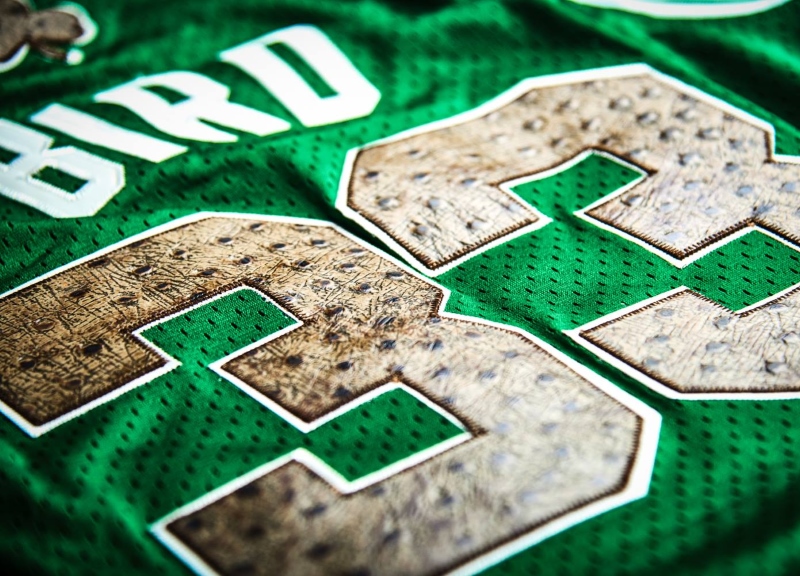 One of the things that drew me to your story is the fact that The Professional is my favorite movie. How’d you come to be named after the flim?
Coming up in the b-boy world and hip-hop, you have your nicknames. They used to call me “Drano” back in the day because I cleaned shit out — you know how you start off with your first names. Then it transitioned and I wanted to get away from all the nicknames and use my name Leon. And I watched The Professional. I watched it late; I know it came out in 1994 but I caught it in 2004 or 2005 and when I saw it — it’s a movie than exemplifies quality and value. The story, the acting, some of my favorite actors are in there, so when I thought of myself, I thought that’s what I want to be; professional. You’re getting sharp, clean, high-quality shit. The persona than Jean Reno played jived with me; very dark and to himself, a one-man-army kind of dude, and that’s how I’ve always been. I’ll go to the b-boy jam and I’ll battle and cypher and kill shit, or I won’t kill shit, but usually I do kill shit, then I’ll leave by myself. Rock the show then dip. Just very solo and in my own world trying to kill shit, that’s Jean Reno. It’s professional, it’s sharp and it’s done. Nobody knows it’s him. 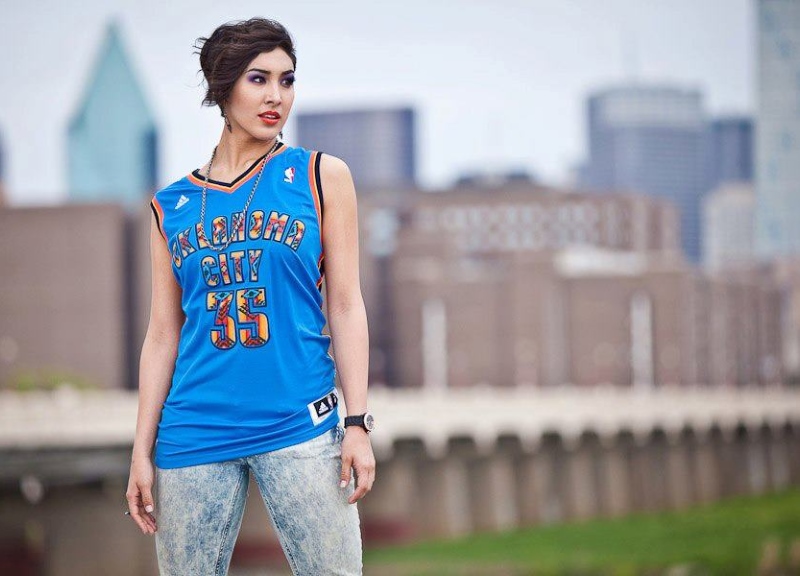 So, relating back to the film, you can say that this brand is your aglaonema plant?
Yes, oh yeah. I think creativity is my plant. It’s always with me, it’s always protected and watered. I always take care of it and that’s essentially where I want to be heading regardless. I work every day to make sure that the brand becomes successful in the regard that it’s looked at as a valuable, creative product that people should want to own. That should be the new word for 2016-2017; value. Give people value, that’s what people need right now. Good shit, good quality shit that doesn’t cost you your life and it doesn’t devalue you when you hear it or see it or you experience it. That’s what it’s about; human experience bro. 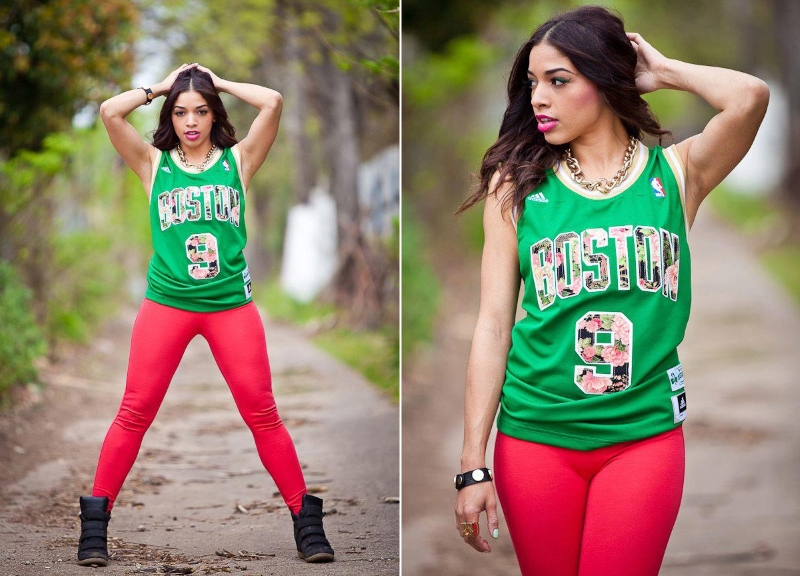