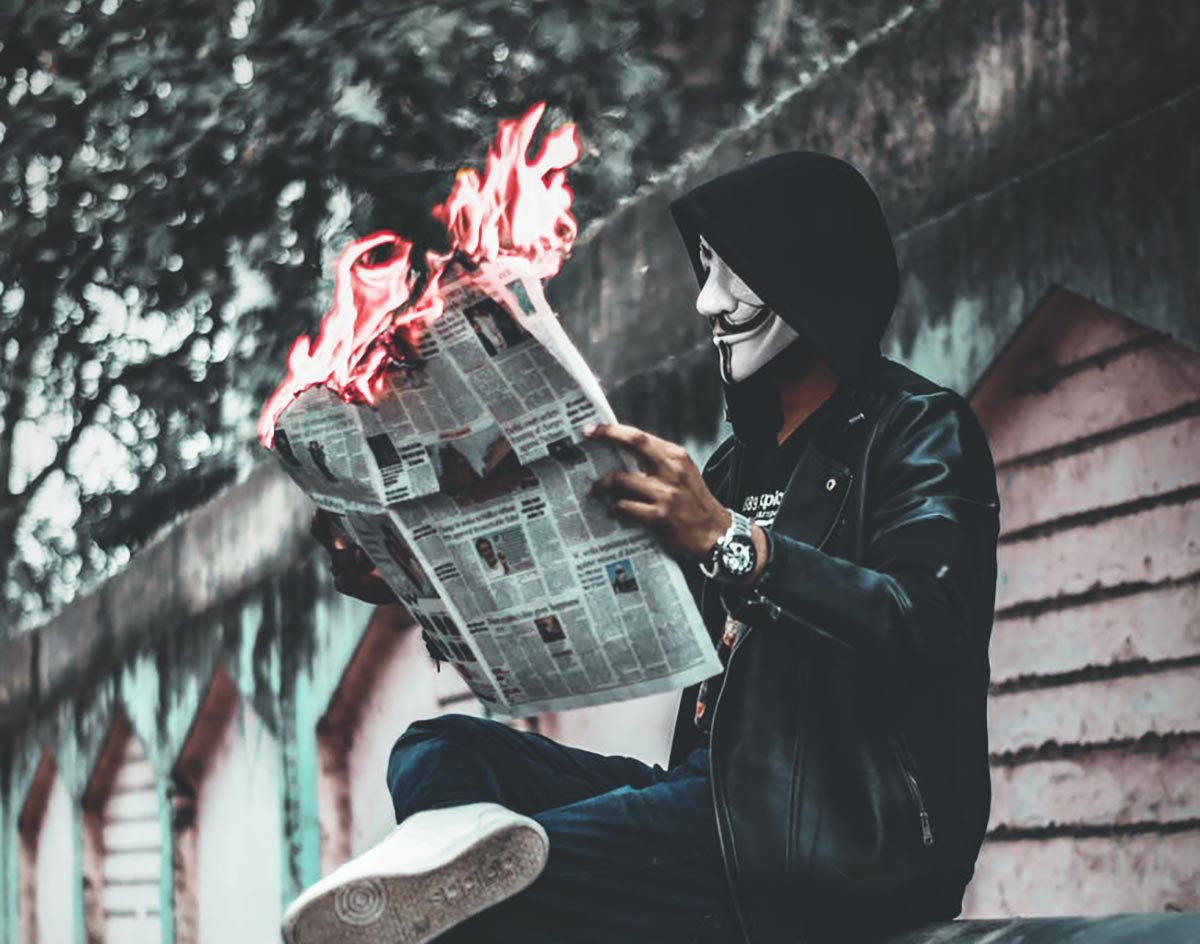 In The Dallas Morning News‘ Defense, It Promised In February Not To Endorse Any Candidate. On The Other Hand, Not Making A Pick Is Spineless As Hell.

Over the last week or so, the Dallas Morning News‘ editorial board has been slowly rolling out its endorsements for the 2020 General Election. And, on Tuesday morning, that effort reached its climax as the paper compiled those picks into this handy voter guide, which was released just in time to coincide with the opening of early voting across the state.

But there’s something missing among the 43 election choices and the five DISD bond proposition picks that the DMN‘s top brass wants the public to know its positions upon: The paper has completely forgone the opportunity to take a stance on the presidential election.

This, it should be noted, isn’t exactly a surprise — back in February, the paper announced that it wouldn’t be endorsing a candidate in the presidential race. Instead, the paper revealed that it would instead be endorsing “a vision for the country,” which included a plea for the maintenance of liberty and a decrying of the incivility that has plagued our political landscape.

While that sure sounds nice and all, it’s also — pardon our French — complete and utter bullshit. Make no mistake, folks: The DMN editorial board cares neither for liberty nor civility.

That much is made clear by its endorsement last week of former Irving mayor Beth Van Duyne in the 24th Congressional District race. If Dallas’ only daily cared for the principles it claimed to stand for in February, why would it openly support the U.S. House of Representatives candidacy of a noted asshat and Islamophobe who could “worsen Washington’s toxic political landscape,” as its own endorsement suggests?

Listen, y’all: There’s a reason why DMN staffers were so quick in the wake of the Van Duyne endorsement to point out the differences between an editorial board and a newsroom staff. It’s because that choice, along with the rest of the DMN‘s endorsements, obviously isn’t what they themselves would select if given the seat at the table that they’re currently organizing to obtain.

Frankly, it shouldn’t surprise anyone at this point to hear that the DMN editorial board is out of touch with reality. But the grandstanding at play in the editorial board’s decision to not to take a stand in this year’s presidential race is nothing more than a transparent act of cowardice through and through.

Alas, by attempting not to offend anyone in this of all years, the editorial board is ultimately pleasing no one — not the solidly blue county in which the paper resides and certainly not Texas’ fickle conservative base, which the DMN‘s endorsement of Hilary Clinton over Donald Trump in 2016 already cost the paper.

Back in 2016, the DMN‘s recently resigned editor Mike Wilson said the paper “paid a price” for making Clinton the first Democratic candidate it had endorsed for president since 1940 — so much so, that a contingent of its readers even protested the paper’s old offices. For his part, Wilson — an open-enough book during his time at the DMN‘s helm — championed the “conversations” that the paper’s endorsement of Clinton spurred, while celebrating readers’ “right to disagree” with the paper.

So what’s changed in the last four years? Certainly not the political leanings of the paper’s top brass. Because you shouldn’t — not even for a second — buy into the DMN editorial board’s assertions that it’s above partisanship. C’mon. There’s no doubt at all where the DMN editorial board’s political leanings lie: Of the 37 races with party affiliations in which it made endorsements this year, 24 of its picks are Republicans and 13 are Democrats.

If the editorial board is OK sharing those stances, why not share its stance on the presidential election? What’s the difference here?

It’s certainly not the preservation of “the art of democracy,” as the paper’s February anti-endorsement screed proposed, and its current spate of endorsements inherently belies.

Just fear of repercussions, that’s all.

After Trump’s election in 2016, the Washington Post famously changed its slogan to “Democracy Dies In Darkness” — a double-down rallying cry on the importance of an independent Fourth Estate in the health of a republic such as ours.

And here the Dallas Morning News editorial board… does this? It willingly quiets itself in the face of possible criticism? It can’t even can’t even muster a whimper?

Instead, it just offers up this sham of a stunt, which is just begging for its share of shame, and from across the entire political spectrum.

And, frankly, that’s exactly what it deserves.

Appreciate independent local journalism with bite? Want to read more journalism from a publication that stands up for its principles? Please consider supporting our coverage of all things Dallas culture by subscribing to us on Patreon — and get some some fun, exclusive perks in exchange for that love!