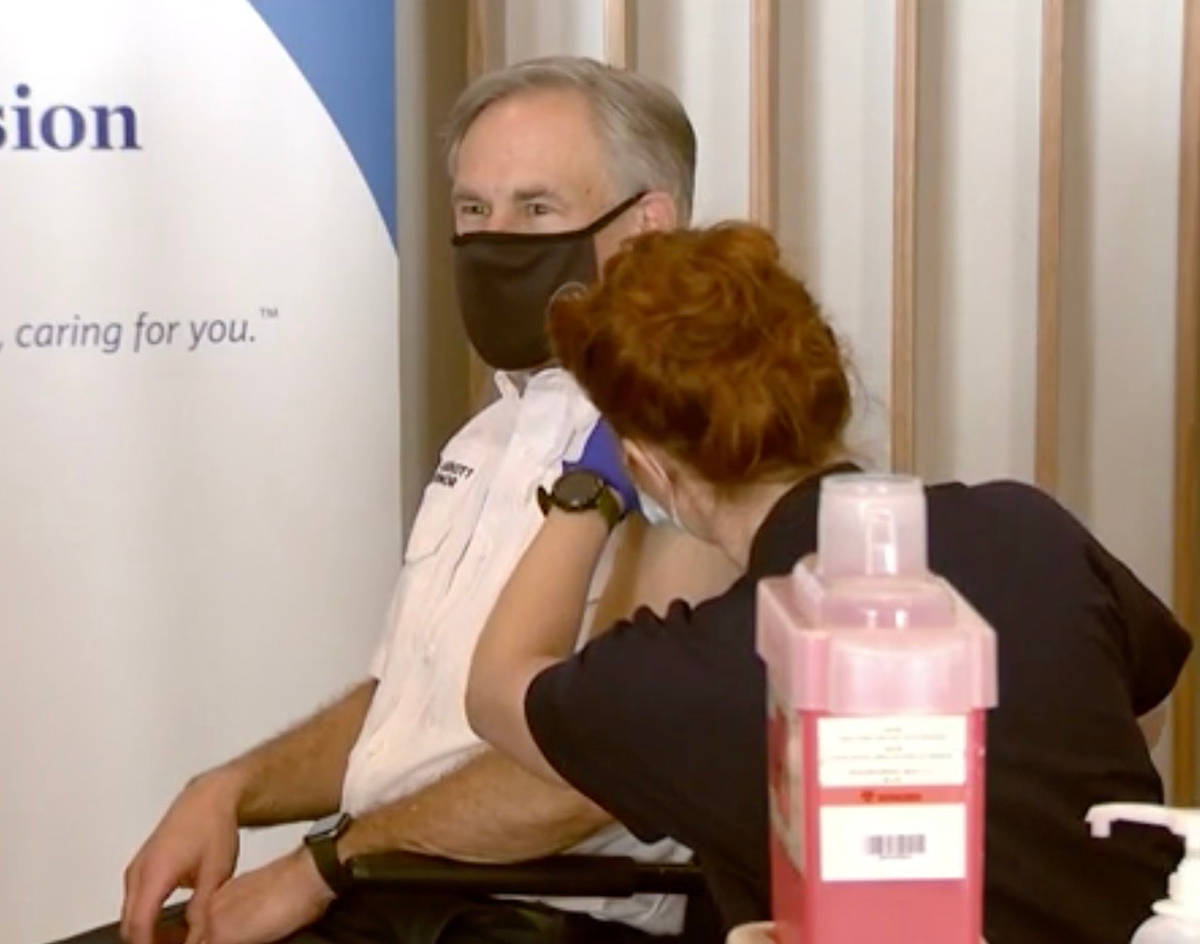 Gov. Abbott Gets The Vaccine, Some Texas Republicans Vote Against The New Stimulus Package And The Rose Bowl Is Set To Come To AT&T Stadium.

A lot has happened since we last checked in on the latest updates in pandemic news in North Texas.

Last week, the first nurse in Dallas was given the vaccine, Texas case counts continued to climb at concerning rates and Denton County hit a record-high in active cases.

There is a bit of good news this week: Congress has passed a second stimulus bill that will provide hundreds of billions in aid, and yes, a second, considerably lower stimulus check. Locally, the governor received an early Pfizer vaccine while Texas announced its plans for the next group of people to receive it after healthcare workers.

Here’s a rundown of what’s happening in North Texas this week.