Things To Do In Dallas This Father’s Day Weekend. 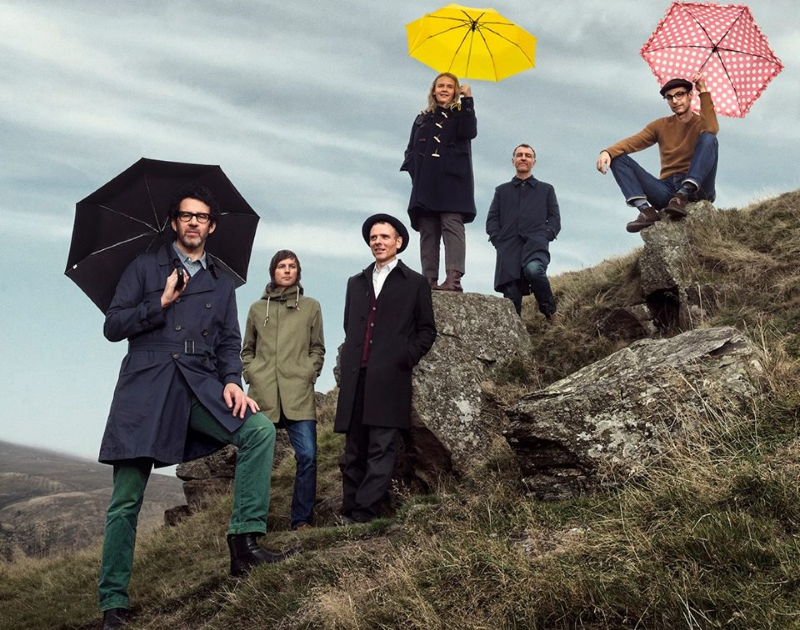 If you want to maximize the effectiveness of your caffeine intake, you’ve got to drink your coffees and Red Bulls at very specific times. Fortunately, the U.S. Army has developed an algorithm that can “predict the energy peaks and valleys that come from drinking caffeine, and in turn, created a web-based tool that helps you predict how alert you can expect to be based on your own sleep schedule and coffee habits.”

Sounds like a useful thing to spend government dollars on to us!

Summer Block Party in the Dallas Arts District
Once again, they’re shutting down the streets to traffic and keeping all the museums open till midnight. Special programs for this one include several Pride Month exhibits at the DMA, a free concert by Sarah Jaffe and Doug Burr at the Nasher and dancing at Klyde Warren, among tons of others. — CG

Oak Cliff Film Festival
On the schedule for today are Virus Tropical at Bishop Arts Theatre, Meow Wolf at Texas Theatre and Full Mantis at The Wild Detectives, among others. Check the link above for complete listings, details and tickets. — CG

The Ticket’s Summer Bash at Little Elm Park
As noted by the quarter-hourly aural harassment via Summer Bash song parody, one of The Little Ticket’s marquee events is back — this time with more shade! The Timewasters play at 8 p.m. — CG

Bob Schneider at Shipping and Receiving Bar
Long a mainstay in the Austin’s music scene, Schneider brings his genre-bending ways to the Fort. You should check him out. He’s known for being a great performer. And for once dating Sandra Bullock. Salim Nourallah opens. — H. Drew Blackburn

The Misandrists at Inwood Theatre
Bruce LaBruce’s campy midnight movie about a lone male being hidden by an army of radical feminists. Says Witney Seibold of Critically Acclaimed: “In the playfully aggressive punk rock philosophy of The Misandrists, all of male-dom is to be dismantled, distrusted and disposed of. This includes men, sex with men, and even small pieces of gender-specific language; the characters all write ‘womanifestos’ for instance. It’s angry, it’s forthright, it’s confrontational, it’s sometimes goofy, and it’s about time.” — CG

Mustache Envy presents Icons of the Gay Agenda at Sue Ellen’s
Grab the Batman to your Robin, the Bert to your Ernie and traipse off to this drag and queerlesque show. Head here for a password that’ll get you in for free. — CG

Brooklyn Brewery & Art Of The Brew Present Beer Mansion: Dallas at 2616 Commerce Event Center
There’s much to explore inside the Mansion this Friday and Saturday, some of which is better if we don’t spoil. It centers around drinking Brooklyn Brews, of course, along with other Dallas craft brews, along with foods, bands, games and more. — CG

Urizen at Trees
Sixteen months since its last show, and nearly a year since the passing of its bassist Rustin Luther, the vaunted Dallas metal band rides again, kicking off a string of new tour dates. Werewolf Therewolf, Mona Borland and Grand Commander open. — CG

QueerBomb Dallas 2018 at Main Street Garden Park
They’re dropping another bomb of big gay pride. Be as loud, proud and extra as you wanna be, you’ll be in good company at this rally. — CG

Fort Worth Margarita Festival at The Yard
Frozen or on the rocks? Salt or no? Fifteen of the Fort’s best margaritas will vie for domination at the old Capital Bar space, which has been converted into a self-proclaimed “adult playground.” You be the judge. — CG

Glitch Mob at House of Blues
Since its inception in 2006, Los Angeles electronic trio The Glitch Mob have lit up dance floors across the country with its sultry, grime-filled rhythms that are undeniable for any club kids worth his salt. And before they do so this time, they’ll be over at Good Records signing copies of their new record. — Evan Henry

Oak Cliff Film Festival
Slated today is Half the Picture at the Kessler, Black Mother at Bishop Arts Theatre, Being There at Better Block, Skate Kitchen at Texas Theatre and many others. An after-party and concert by Octopus Project closes out the night at Texas Theatre. Check the link above for complete listings, details and tickets. — CG

Dallas Yoga Fest at Southfork Ranch
Not sure if ol’ JR Ewing would be rolling over in his grave knowing so many people would be downward-dogging at his pad or not. It’s something funny to think about either way. — CG

Yella Beezy at 2513 Deep Ellum
Is that what they’re calling the Prophet Bar’s big room these days? Headlining the show is Yella Beezy, who is the kind of rapper you can read about being virtually unknown north of I-30, but also find mentions of him in The New Yorker and Billboard. So one has to think he’ll start catching on north of the border sooner than later. — CG

Full of Hell at Ridglea Theater
These four guys from Ocean City, MD bring the worst possible cause of death everywhere they go; a harsh grinding death. They’re surely nice fellas, but they will work your brain, blood and limbs into a frenzy followed by a coma. Parade of Flesh has put together quite the show with Gatecreeper, Creeping Death, Baring Teeth and Terror Chamber, which we note because none of their names are legible on the poster. — Roberto Aguilar

Bent Knee at Three Links
Bent Knee is the super dynamic, Berklee-trained pop/rock band that knows enough about music to make a violin work in that context. Gatherers open. — CG

Brett Eldredge at WinStar World Casino and Resort
The rising country superstar just wrapped his first headlining arena tour. Now you can catch him in a somewhat slightly smaller context, if you feel like making the drive. — CG

Belle & Sebastian at The Bomb Factory
Before their 2015 Dallas stop, it had been nearly a decade since Stuart Murdoch and Co. had come through. With a trio of new EPs, the band finds itself amid a new creative burst a la its early days, though tons of greatest hits material is peppered throughout the show. Men I Trust opens. — CG

The Jerry Douglas Band at Kessler Theater
Jerry Douglas isn’t just a dobro player, he’s the dobro player. Chances are, if you’ve heard dobro on a record, Douglas was the one playing it. Seriously. He’s been on more than 1,600 albums, including ones by Garth Brooks, Elvis Costello, Mumford & Sons and the O Brother Where Art Thou? soundtrack. — CG

Just Kanye at RBC
Here, Blue the Misfit will DJ the music of Kanye, his influences and those he’s influenced, etc. It’s the rebranded, 100 percent less rape-y, version of the old All/Everything party’s he’s co-hosted regularly at this venue for awhile now. — CG

Yanni at Verizon Theatre
When the Greek composer says his name, do you hear Laurel? — CG

The Comedy of Errors at Samuell Grand Park
See above, where we mention The Taming of the Shrew. — CG

Oak Cliff Film Festival
Closing out the weekend is screenings of I Am Not a Witch at Bishop Arts Theatre, Birds Without Features at the Kessler, Never Going Back and an after-party at Texas Theatre. Check the link above for complete listings, details and tickets. — CG

Lou Barlow at Good Records
Dinosaur Jr.’s taking the year off, so its bass player has booked a bunch of intimate solo acoustic shows. Per the event listing, he’ll be telling stories and taking requests. He’ll probably stick around to drink a beer and sign you old Bakesale vinyls, too. He’s got nothing better to do. — CG

Tart and Beer Pairing at L.U.C.K.
The home of those popular donut and Girl Scout cookie and beer pairing flights is back with a brand new invention. So, um, stop and listen to this collaboration. Plano dessert shop Tart-a-licious is bringing its goods to be matched with four local craft brews. Your dad will love it. — CG

Good Taste Sundays at Wheelhouse
A vinyl DJ brunch curated by the Good Taste Collective. It runs from 11 a.m. to 2 p.m. — CG