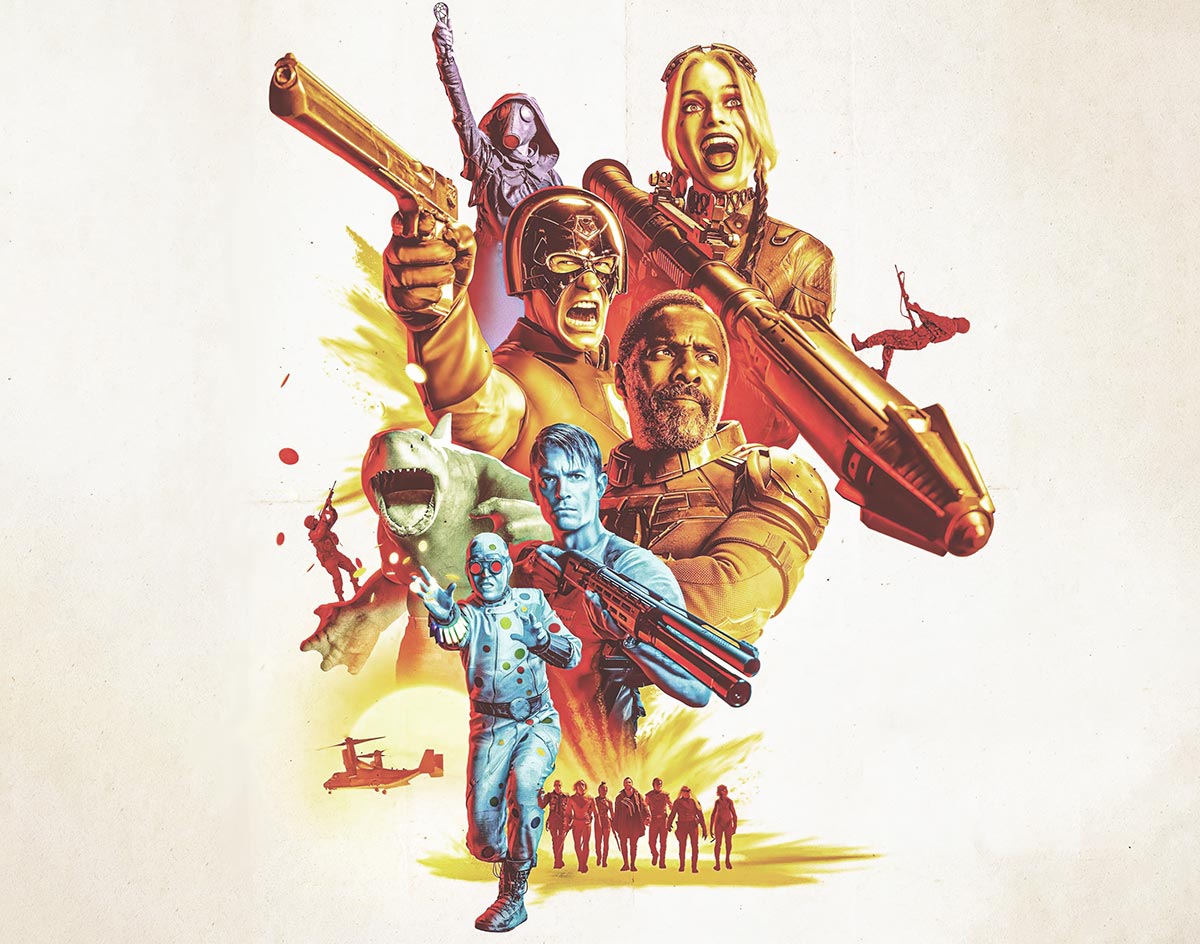 On The Suicide Squad, Candyman, Reminiscence And The Rest Of August 2021’s Top New Film Releases, Limited Showings And Repertory Screenings Around Dallas.

Is it just me, or do things seem uncertain again? A lot of big summer blockbusters have opened, sure. But there hasn’t really been a “Holy shit, you gotta see this!?!” movie released yet, has there?

Still, the industry pushes forward. While many multiplexes have reopened at full capacity, several arthouse theaters remain closed — including all Alamo Drafthouse locations and the Magnolia. (The Lake Highlands location of the Alamo is, however, set to re-open Friday, August 13.)

Also, it should go without saying that if you haven’t gotten vaccinated yet, you should definitely go and do that. And please be patient with the staff at your local theater, too.

Don’t be an asshole if they ask you to wear a mask. Buy some popcorn or a beer, too. They could use the money.

There’s nowhere to go but up after the disastrous original. Thankfully, James Gunn (Guardians of the Galaxy) delivered some gory mayhem on this go. The film features a sprawling cast (including Pete Davidson, Michael Rooker, Peter Capaldi and Taika Waititi), but don’t expect them all to last very long. DC promised Gunn he could kill off any characters he wanted — and, boy, does he take advantage. (The film will also be available for one month on HBO Max starting Friday, August 6.)

This will either be one of the most compelling original films of the year or an epic boondoggle — with no in-between. In a climate change-ravaged future Miami, Hugh Jackman runs a black-market business allowing people to vividly relive their memories. But he starts getting high on his own supply looking for his ex (Rebecca Ferguson), and then runs into all sorts of shady characters. The film marks the directorial debut of Lisa Joy, who co-created HBO’s Westworld with her husband Jonathan Nolan, who just so happens to be some guy named Christopher Nolan’s brother. (The film will also be available for one month on HBO Max starting Friday, August 20.)

A direct sequel to the terrifying 1992 original could easily go wrong,  but it looks like the right team has been assembled for this one. Jordan Peele is, of course, a proven horror master at this point, and though Nia DaCosta has only one film under her belt (Little Woods), it’s a good one. Here, Yahya Abdul-Mateen stars as a photographer who becomes obsessed with the Candyman legend and the gentrified Chicago neighborhood that the spirit still haunts. Expect an even sharper critique of class and race than the first (which did a pretty admirable job at that task for the ’90s) and some absolutely brutal kills, too.

Movies don’t get much more bizarre than this, one of my most anticipated films of the year. Adam Driver and Marion Cotillard star as two performers whose lives change when their daughter (Devyn McDowell) is born. That may not sound too crazy on premise alone, but this is Leos Carax we’re talking about — and he’s one of the most unique directors in the world. The real draw here might be the original songs by influential pop rockers Sparks, who are finally getting their due between this and Edgar Wright’s also-just-released The Sparks Brothers documentary. (The film will also be available on Amazon Prime Video starting Friday, August 20.)

This profound sci-fi film got rave reviews when it premiered at Sundance last year, but that damn pandemic meant its formal release got delayed multiple times. But now it’s here — and it looks incredible. Winston Duke (Black Panther) plays Will, whose job it is to determine which souls are worthy of being born. He interviews several candidates, including some played by Zazie Beetz (Joker), Bill Skarsgard (It) and Tony Hale (Veep). If you’re a sucker for cerebral sci-fi, this will be your jam.

Not to brag, but I am one of the founding members of the cult that loves this movie. This subversive and hilarious send-up of the music industry got terrible reviews at the time of its release, but a lot of people clearly didn’t get what it was going for. The music is genuinely incredible, too, which isn’t surprising considering the tracks were produced by Babyface and the late Adam Schlesinger (Fountains of Wayne). This screening of the film will be followed by a dance party with tunes from local DJ Wild in the Streets.