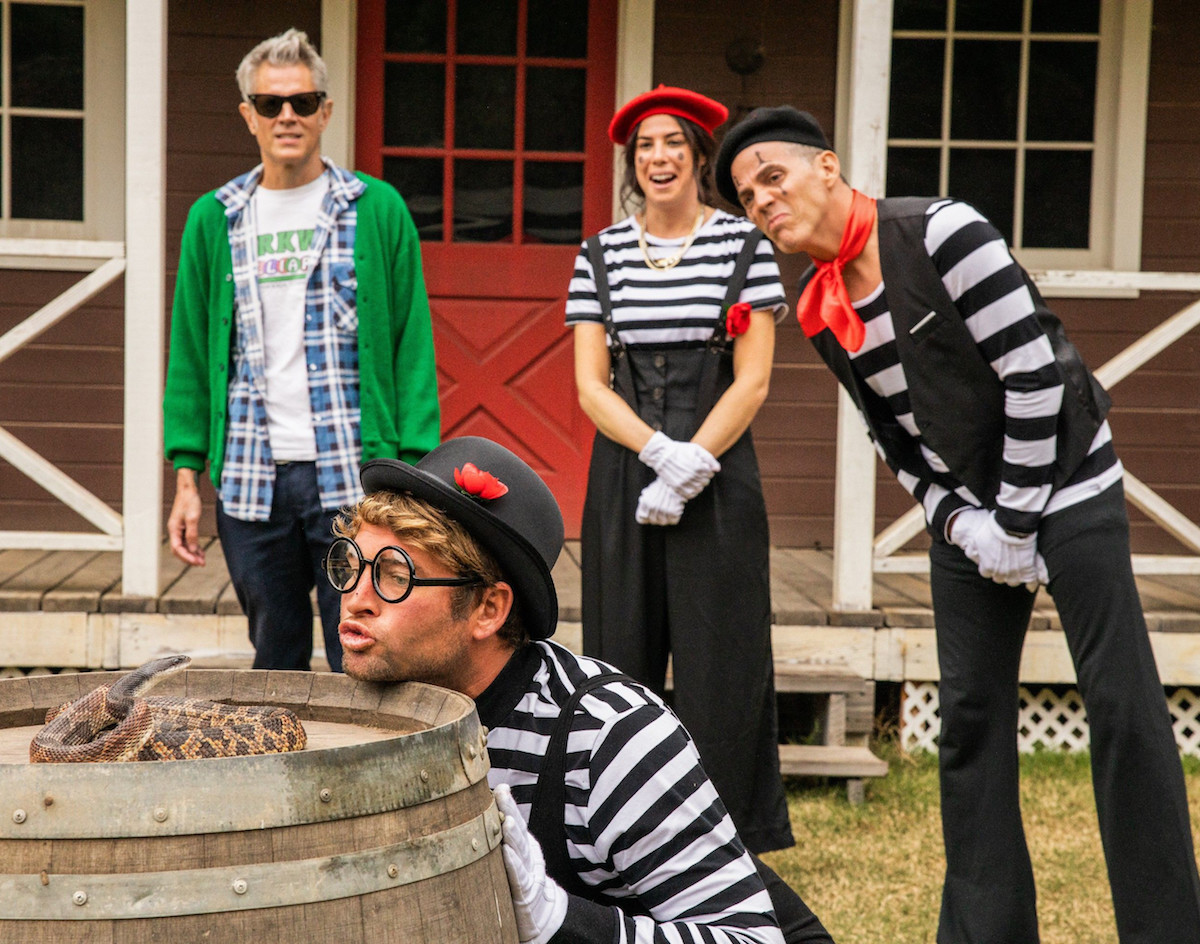 On Blacklight, The Outfit, Studio 666 And The Rest Of February 2022’s Top New Film Releases, Limited Showings And Repertory Screenings Around Dallas.

January felt sadly dead, and it was probably better to avoid going out with the rise of Omicron. (I myself had two close calls but thankfully never tested positive.) But things are looking up for February.

COVID cases are down and two long-delayed movies are finally seeing the light of day. Even better, you’ll finally get a chance to see one of the best foreign language films of 2021. (It’s also one of the best romantic comedies in a while to boot.) And as always, the Texas Theatre and Alamo Drafthouse locations are holding you down with screenings of stuff that’s a little off the beaten path.

Of all the movies delayed over the last two years because of COVID, this one made me the saddest. Seeing the third film opening night with a group of friends is one of my favorite movie-going experiences. I’ll be doing that again this time. We’ll get together to laugh our asses off seeing Johnny Knoxville and the gang test their friendship with more outrageous stunts, including luring a hungry bear with honey and salmon, being shot out of a cannon and facing down a venomous snake.

My wife and I have had a tradition the last few years: Instead of watching the Super Bowl, we go out to eat Tex-Mex and see a movie of questionable quality. Last year we ordered in and watched the lousy Denzel Washington crime drama The Little Things on HBO Max. This year we’ll venture out again to catch the latest “Liam Neeson May Be Old but He’ll Still Kick Your Ass” thriller. This time he’s a government-contracted hitman seeking revenge after his daughter is kidnapped.

Along with Jared Leto’s Marvel vampire movie Morbius and Tom Cruise’s latest Missions: Impossible, this has to be one of the most delayed movies of the last few years. Originally dated for Christmas 2020, it’s moved around a lot, just in time for stars Armie Hammer to get canceled (for sexual misconduct allegations), Letitia Wright to become persona non grata (for anti-vax tweets), and Gal Gadot to get memed into oblivion (for her awful delivery of “Enough champagne to fill the Nile!”). But I’m still excited, since Branagh and Green crafted such an entertaining experience with their Murder on the Orient Express adaptation in 2017. This will probably be the last time we’ll get a big-budget mystery for adults, so enjoy it while it lasts.

Oscar winner Graham Moore makes his directorial debut with this period-set single-location thriller. Rylance plays a seemingly meek tailor who finds himself in a tense hostage situation when his shop is overtaken by some bad dudes who want something he’s hiding and will kill to get their hands on it.

Halloween is still months away, but the spooky fun will start early. In this meta horror-comedy, Foo Fighters play themselves. Looking for a new space to record their latest album, they hole up in a mansion in Southern California that of course is haunted. What’s a little demon possession between friends when you’re making great music?

The romantic comedy of the year actually came from… Norway? Yes, this Oslo-set film about an impulsive and indecisive woman (Renate Reinsve, giving one of the year’s best performances) delivers all the feels as it charts her relationship struggles over the years. Don’t the let the subtitles keep you away. This is one of the most moving films you’ll see in 2022.

I never miss an Everything Is Terrible! roadshow. Having previously toured with feature-length movies about dogs and devil worship (separate projects, of course), they turn their sights on the many, many terrible videos and films aimed at children throughout the ’80s and ’90s. There will be plenty of unintentional laughs but absolutely no narrative coherence. And don’t forget to bring your VHS copies of Jerry Maguire, which they’ll be collecting for their ongoing shrine.

The absolute perfect Valentine’s Day movie date. These movies are about as romantic as it gets. The first film tells the beautiful, brief love affair between two college students and the day they spend in Vienna. Nine years later, they unexpectedly reunite in Paris and catch up on each other’s lives.