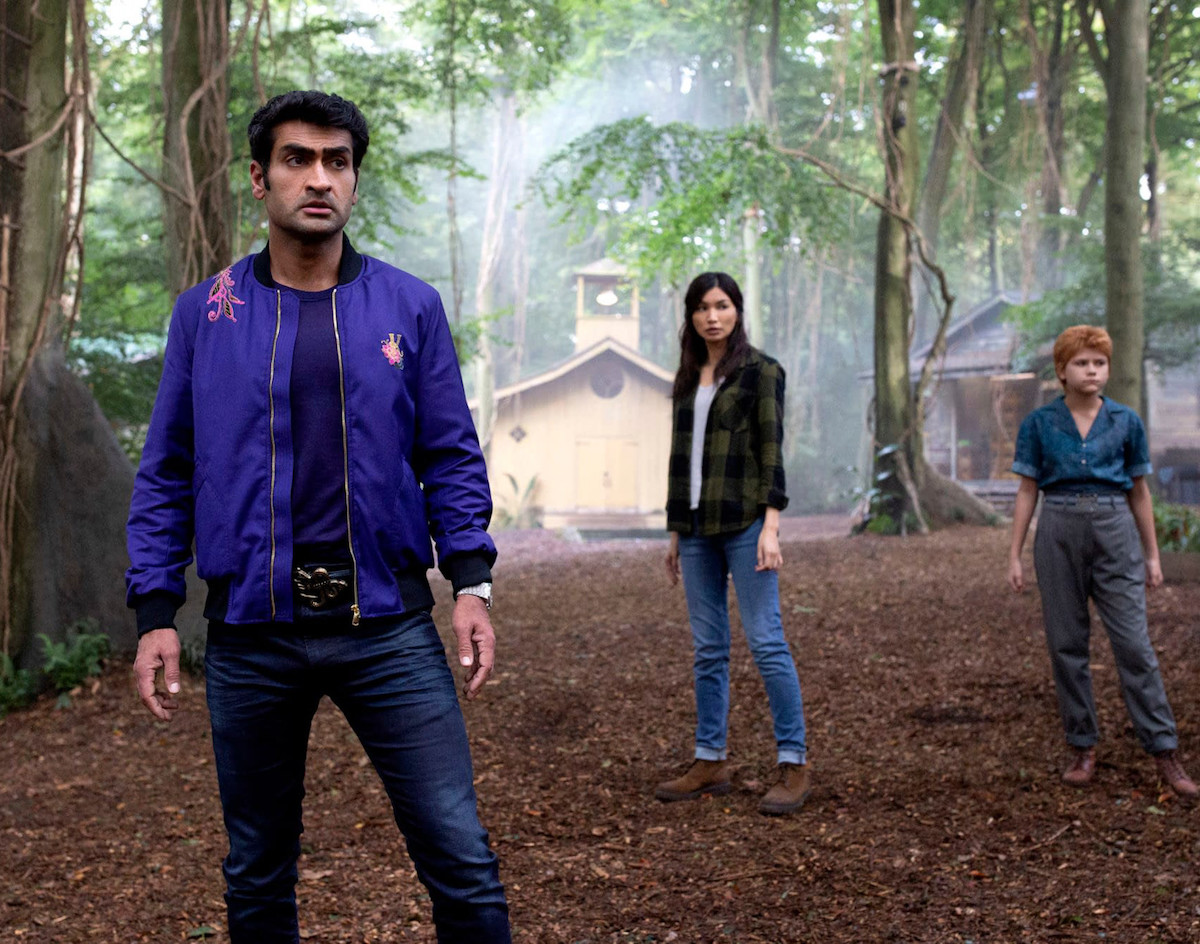 It finally feels like we’ll have a normal holiday season again.

Basically every local theater has reopened (except the Magnolia, which is a bummer), meaning when you’re sick of your family this Thanksgiving, you can keep them all entertained with something.

The kids will gravitate toward Clifford or Encanto, while the adults will probably want to see something more grown-up like Belfast or House of Gucci.

Plus, awards season – which is still way too long this year – is heating up, with well-reviewed movies like C’mon C’mon and The Humans finally arriving. And if you’re a David Lynch fan, his terrifying Twin Peaks follow-up Fire Walk with Me will screen at the Texas Theatre with three of the cast members, which is pretty rad.

Somehow this is the lowest-rated MCU movie on Rotten Tomatoes. (Guessing these critics forgot how much Thor: The Dark World sucked.) But I’m still excited for it, since it hails from Oscar-winning filmmaker Chloé Zhao, and (at least some) scenes look to be filmed at real locations, instead of a warehouse in Atlanta. Plus, it’s by far Marvel’s most diverse cast. Whether that’s enough to make a compelling movie remains to be seen.

My most anticipated movie of the rest of the year. Winner of the People’s Choice Award at this year’s Toronto International Film Festival, it’s a semi-autobiographical story from Kenneth Branagh (who’s mostly known for his Shakespeare adaptations, but has made some lousy big-budget work in the last decade). Having just visited this beautiful city, I’m even more eager to see this coming-of-age story set against the backdrop of the Troubles of Northern Ireland.

Will Smith is coming for that Oscar. Why you’d make a biopic about Venus and Serena Williams’ dad as opposed to two of the greatest athletes of all time is anyone’s guess. But this looks like a big, crowd-pleasing sports drama, and it feels like it’s been a long time since we’ve had one of those.
(This film will also be available for one month on HBO Max starting Friday, November 19).

Mama Mia! Expect lots of questionable Italian accents in this lavish true crime story about the murder of Maurizio Gucci (Adam Driver) and the fallout of a fashion empire. This cast is absolutely stacked, and includes Jeremy Irons, Salma Hayek and Jack Huston. This is the Thanksgiving movie for grown-ups and I am here for it.

Not everyone loves Mike Mills’ artistic autobiographical portraits, but Beginners (2011) and 20th Century Women (2016) are two of my favorite movies of all time. His movies are big, open-hearted, and full of great music. I’m expecting more of the same here, with Johnny (Joaquin Phoenix) taking his nephew (newcomer Woody Norman) on a road trip, teaching him about life.

The Tony-winning play gets a slicker A24 adaptation. The Blake family gets together for Thanksgiving, but grievances inside and strange happenings outside threaten to tear them apart.
(This film will also be available on Showtime starting Wednesday, November 24.)

A follow-up to the devastating coming-of-age drama from 2019, most of the original cast is back, with Julie (Honor Swinton Byrne) now a filmmaker, but still having rotten luck with romantic relationships. Expect some more bleak shit that’s beautifully acted and impeccably crafted.

If you’ve somehow missed the countless other films where Kristen Stewart proved she’s more than just “the girl from Twilight,” it will be impossible to deny when she wins the Oscar next year for this film. Playing Princess Diana during a particularly tumultuous holiday with the royal family, there’s been nothing but acclaim for this project, which also features a score from Radiohead guitarist Jonny Greenwood.

David Lynch’s feature-length follow-up to his landmark TV series confused both fans and newbies back in the ’90s. (It famously didn’t feature star Kyle MacLachlan for a good chunk of the film.) But it’s since found a sizable fan base. Everyone agrees Sheryl Lee is giving an all-timer performance as doomed teen Laura Palmer, and she’ll be on hand after this remastered screening for a Q&A, along with co-stars Sherilyn Fenn and Harry Goaz.

National Lampoon’s Christmas Vacation.
Director: Jeremiah S. Chechik.
Writer: John Hughes.
Cast: Chevy Chase, Beverly D’Angelo, Randy Quaid, Julia Louis-Dreyfus.
Playing At: Alamo Drafthouse (various locations).
Showing: Saturday, November 20; Sunday, November 21; Monday, November 22.
Probably my favorite modern Christmas movie, this captures both the joy and frustration of getting together with your family over the holidays. It’s hilarious and, in its own way, a little heartwarming. I can probably quote this entire thing. That’s how many times I’ve seen it.