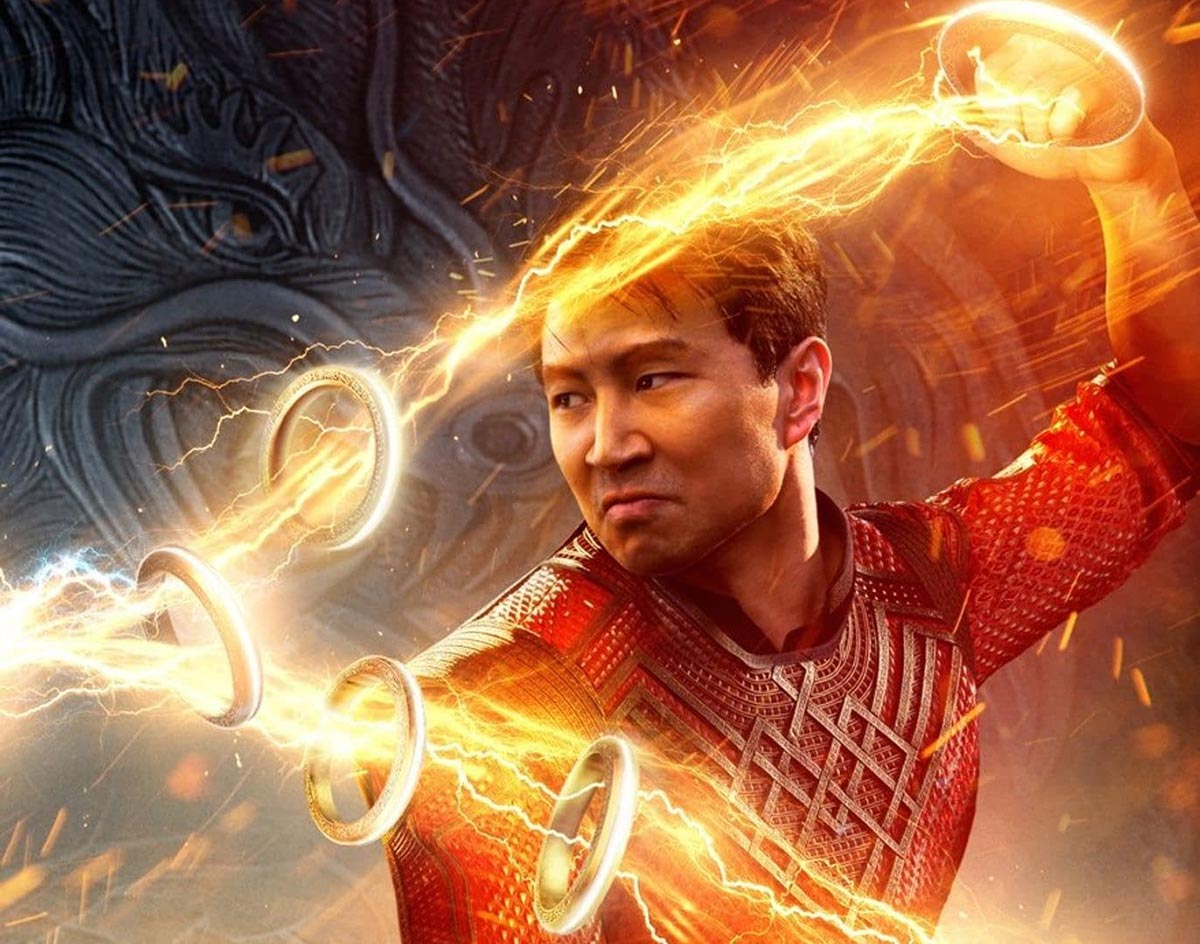 On Shang-Chi & The Legend Of The Ten Rings, Cry Macho And The Rest Of September 2021’s Top New Releases, Limited Showings And Repertory Screenings.

The summer is over. But did we even really have a summer movie season?

There were some popular movies, sure, but no full-blown phenomena. Even before COVID variants started rearing their ugly heads, it felt like people just weren’t going back to theaters like they were before.

Regardless, this fall will be far more packed with movies than the previous eight months.

While many multiplexes have reopened at full capacity, several arthouse theaters in the area remain closed — including the Magnolia and a couple of Alamo Drafthouse locations (although that should change soon).

Also, it should go without saying at this point, but: If you haven’t gotten vaccinated yet, you should definitely do that. And be patient with the staff at your local theater, too. Don’t be an asshole if they ask you to wear a mask.

Buy some popcorn or a beer while you’re at it, too. They could use the money.

Destin Daniel Cretton made one of the best movies of the last decade with Short Term 12, which featured a lot of your favorite actors before they hit it big. He’s done some well-meaning but middling social issue dramas since. So he’s probably the last person one would expect to do a martial arts-focused MCU superhero movie, right? Well, here we are. Ultra-charming actor and stuntman Simu Liu gets his biggest role to date as the title character, who must face down his father (the legendary Tony Leung) and take his place as a defender of truth and justice.

In lesser hands, a lot of movies James Wan has directed would play as downright silly. For a good example of this, look at the drop-off in quality between the first two Conjuring movies and the latest one. But because of his steady hand, he’s created some of the most terrifying films of the last decade. One of the things that makes him great is heading away from jump scares and preferring long takes where the evil entity is just out of frame, sneaking up on the unsuspecting victim. His latest was a low-budget break between shooting the Aquaman movies. Annabelle Wallis stars as Madison, a woman who keeps seeing grisly murders in her mind, and then discovers that the suppressed memories of her imaginary friend might be the perpetrator. (The film will also be available for one month on HBO Max starting Friday, September 10.)

Gerard Butler gets a chance to cut loose as a crazy assassin in Copshop. His target (Frank Grillo) has intentionally gotten himself locked up as a form of protection, but Butler’s character has done the same. Now it’s just a matter of time before the bullets start flying. I always prefer when Butler’s movies are more on the ridiculous side, so sign me up.

Clint Eastwood has been doing the “elegy for the cowboy” thing for almost 30 years now, with movies like Unforgiven, Gran Torino and The Mule. But he keeps knocking them out of the park, so I’m not complaining. Here, it’s a bit more literal, as Clint plays a retired bronco buster who gets recruited to rescue his friend’s son down in Mexico. Will Clint be annoyed by this rebellious youngster at first? Oh, yes. Will he end up learning something from him and try to find redemption? You bet your ass. (The film will also be available on HBO Max for one month starting Friday, September 17.)

Like his Twilight co-stars Robert Pattinson and Kristen Stewart, Justin Chon has been able to turn the success he had in his youth into a more artistically rewarding adulthood of independent dramas. For his third feature film, Chon plays Antonio, a Korean immigrant who was adopted at age 3 by an American family but faces deportation all the same. Pack some tissues, especially whenever Oscar-winner Alicia Vikander (playing his wife Kathy) is on the screen.

My most anticipated movie of the fall finds Oscar Isaac starring as William Tell, a gambler and ex-con who pops up in Mississippi to make a big score. There, he meets Linda (Tiffany Haddish), who agrees to stake him, and Cirk (Tye Sheridan), who offers him a more intriguing proposal. See, Cirk wants to recruit William to help get revenge on Major John Gordo (Willem Dafoe), who scapegoated William for his war crimes. Paul Schrader hasn’t always been the most consistent writer-directors, but when he’s on, he’s on. His last film (First Reformed) was one of the best of the decade.

I’ve been anticipating this one for a long time. Jessica Chastain – my favorite actress and my No. 1 celebrity crush – hasn’t had a good film aside from Molly’s Game in at least five years, but this looks like her comeback and feels like an almost guarantee for her to earn an Oscar nomination. Here, she plays the infamous Tammy Faye Bakker, the wife of shady televangelist Jim Bakker (Andrew Garfield). The film follows their rise and fall in the late ’70s and early ’80s, but with a little bit of a wink from director Michael Showalter (Wet Hot American Summer).

This strange mockumentary stars our beloved hometown musician St. Vincent (whose reputation understandably took a hit with her standoffish press tour for her latest album) as herself in this nearly unclassifiable project that explores music, identity, presentation and sexuality.

Ordinarily, I wouldn’t be re-recommending a repertory screening in succession like this (I highlighted a showing of this film last year pre-pandemic), but this is a new 4K restoration and Malcolm McDowell himself will be in attendance with a Q&A after the showing. So, if you’ve never seen Stanley Kubrick’s “bit of the old ultraviolence,” this is the best possible environment for you to experience it.

It’s hard to believe it’s been 20 years since the first Harry Potter movie dominated the pop culture landscape. To celebrate, the Angelika is showing all eight films throughout September and October. Of course, I picked the best one, which was directed by two-time Oscar-winning director Alfonso Cuarón. The first two films were cute, sure. But this was the first one that was truly magical.

This Chaplin screening is extra special for several reasons. For one, it’s the 100th anniversary of the film, but also of the Majestic Theatre as well. (A short documentary on the hallowed hall will screen beforehand.) Even better, KXT’s venerable Sunday night host Paul Slavens will play a live score for the film. Oh, and the best part? It’s absolutely free to attend!

This extremely weird, extremely funny rom-com/musical/sci-fi flick was supposed to come out last summer, but COVID pushed Lionsgate to bypass theaters altogether and release it straight to VOD on Valentine’s Day earlier this year. Eve so, it instantly found cult status thanks to its oddball charms, catchy musical numbers and committed performances. While it does play at home on Hulu, this screening should be a great time to hear a theater filled with laughter again.