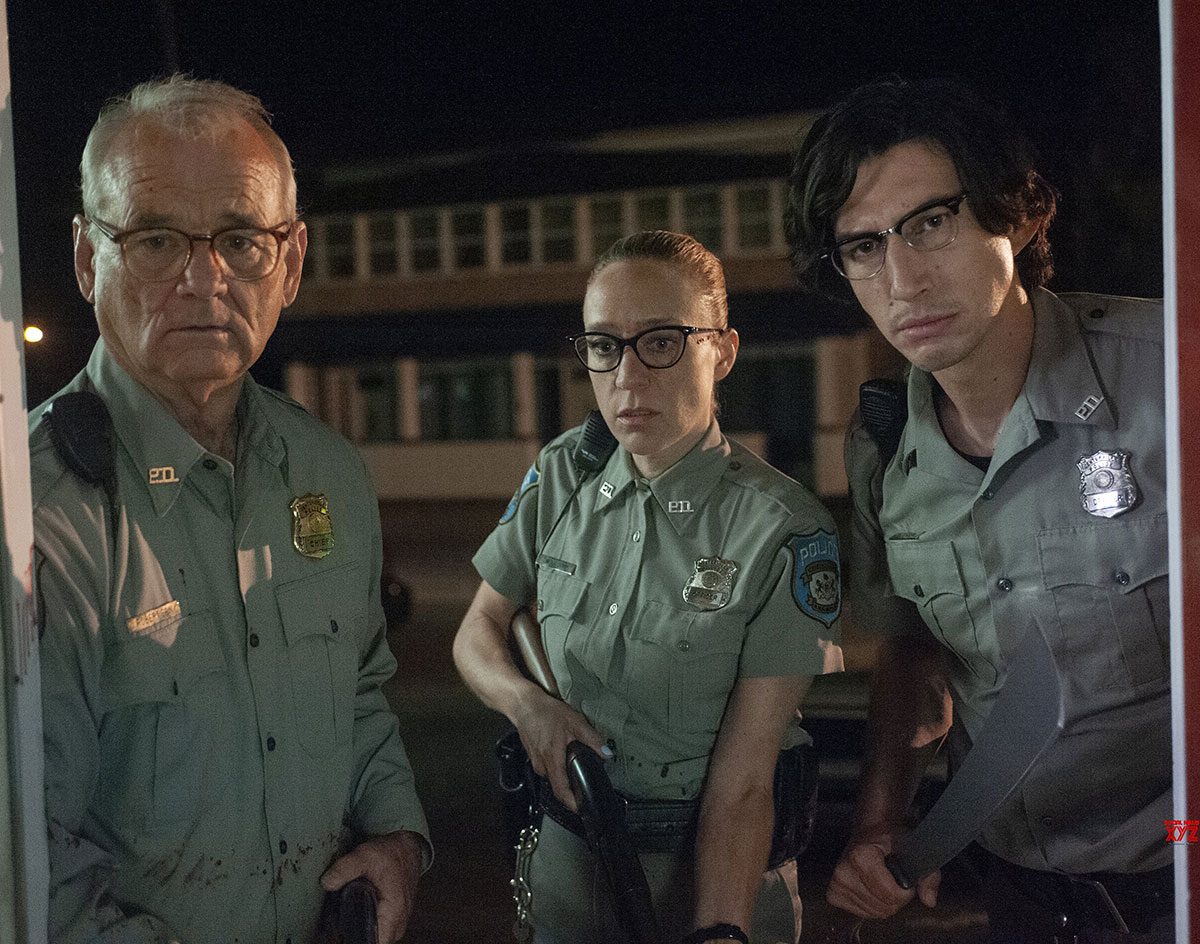 While June doesn’t have the biggest movies of the summer – most of them are coming next month – there’s actually quite a few films not based on pre-existing properties that will hopefully find some success. Unfortunately, nothing that hasn’t already been focus-grouped to death with a line of action figures has died a quick death already. But if nothing suits your fancy, at least there’s the Oak Cliff Film Festival, which we’ve previously declared is the best film festival in all of North Texas.

Late Night.
Director: Nisha Ganatra.
Writer: Mindy Kaling.
Cast: Emma Thompson, Mindy Kaling, John Lithgow, Amy Ryan.
Opens: Friday, June 14.
One of the priciest acquisitions at this year’s Sundance Film Festival, this comedy starring and written by Mindy Kaling is about a young writer who gets the chance to turn around the sagging ratings of a late-night talk show hosted by her idol (Emma Thompson). Amazon Studios is doing a rare wide release with this one, banking on the goodwill the public has for both of its female leads. It’s got an exceptional bench of character actors as well, but I’m not holding my breath that this will be the comedy breakthrough of the summer.

Anna.
Director: Luc Besson.
Writer: Luc Besson.
Cast: Sasha Luss, Helen Mirren, Luke Evans, Cillian Murphy.
Opens: Friday, June 21.
Maybe you’re tired of movies about sexy blonde assassins kicking ass all over Europe, but I’m not. Supermodel Sasha Luss makes her leading lady debut as a model/killer changing wigs and magazines as she hunts down some bad guys. Expect a nonsensical plot, but a lot of well-choreographed action from the director of such action classics as Léon and The Fifth Element.

Toy Story 4.
Director: Josh Cooley.
Writer: Andrew Stanton.
Cast: Tom Hanks, Tim Allen, Annie Potts, Tony Hale.
Opens: Friday, June 21.
Grouped together, the first three Toy Story movies stands among the finest trilogies ever made. I have no pretensions that this will be anywhere close to those, though. While the first three were aimed at folks my age who grew up with the series from 1995 to 2010, this one is clearly intended for kids under 10 who have seen all of the films in the franchise, but probably not in theaters. In this entry, the toys join Bonnie on a road trip with her new homemade toy Forky (a spork with some googly eyes, pipe cleaner arms and popsicle stick feet, voiced by Veep‘s Tony Hale). They then have to rescue him when he leaves the family RV. Other new toys include plush ducks voiced by Keegan Michael Key and Jordan Peele, plus a Canadian Evel Knievel knock-off voiced Keanu Reeves.

Yesterday.
Director: Danny Boyle.
Writer: Richard Curtis.
Cast: Himesh Patel, Lily James, Kate McKinnon, Ed Sheeran.
Opens: Friday, June 28.
You either have room in your heart for corny nonsense like this or you don’t. Even if this summer is a little over-saturated with classic rock movies (including last month’s Rocketman and August’s Blinded by the Light), I am absolutely here for this ridiculous quasi-science fiction rom-com about a busker (newcomer Himesh Patel) who wakes up one day to discover he’s the only one who remembers the music of The Beatles and then starts singing their songs while skyrocketing to fame. I’m a longtime fan of writer Richard Curtis (Notting Hill, About Time) and director Danny Boyle (Slumdog Millionaire, Trainspotting), so hopefully they can combine for something utterly delightful.

American Woman.
Director: Jake Scott.
Writer: Brad Ingelsby.
Cast: Sienna Miller, Sky Ferreira, Aaron Paul, Christina Hendricks.
After years of shining in limited roles as the wives of complicated men in real-life dramas like American Sniper, The Lost City of Z and Foxcatcher, Sienna Miller gets a rare lead part here as a desperate mother trying to find her missing daughter (Sky Ferreira). The cast is pretty stacked, and even includes a rare dramatic turn by MadTV alum Will Sasso.

The Dead Don’t Die.
Director: Jim Jarmusch.
Writer: Jim Jarmusch.
Cast: Adam Driver, Bill Murray, Chloe Sevigny, Tilda Swinton.
After getting some of the best reviews of his career for the beautiful, elliptical Paterson, the indie film icon Jim Jarmusch got mixed reviews at Cannes for this zombie comedy. It still might be his mainstream breakthrough, though, as it features a terrific cast — including music legends like the RZA and Iggy Pop, plus Grand Prairie’s own Selena Gomez and Garland’s Caleb Landry Jones (Get Out) — all doing their best to crack deadpan jokes while their small town is invaded by the living dead.

The Last Black Man in San Francisco.
Director: Joe Talbot.
Writers: Joe Talbot, Rob Richert.
Cast: Jimmie Fails, Jonathan Majors, Danny Glover, Tichina Arnold.
One of the most acclaimed films at this year’s Sundance Film Festival, this looks like it will be a fantastic companion piece to one of my favorite movies of last year: Blindspotting. Both movies take a look at gentrification and racism in the Bay Area, although this one looks like it will do so with a more poetic and melancholic tone, as opposed to Blindspotting’s in-your-face approach.

Wild Rose.
Director: Tom Harper.
Writer: Nicole Taylor.
Cast: Jessie Buckley, Maureen Carr, James Harkness, Julie Walters.
Neon continues to make its mark as the best indie studio going with this film that will hopefully succeed where Patti Cake$ failed. Jessie Buckley delivers a breakthrough performance as Rose, a newly released ex-con who tries to make it as a country singer while raising two kids and trying to rebuild her life in Scotland. Yes, the land of gloomy synth-pop and bagpipes. Expect a harrowing working-class drama punctuated with some blisteringly funny scenes and excellent musical performances.

Dragnet Girl.
Director: Yasujiro Ozu.
Writer: Tadao Ikeda.
Cast: Kinuyo Tanaka, Joji Oka, Sumiko Mizukubo, Koji Mitsui.
Playing At: Texas Theatre.
Showing: Saturday, June 8.
Before he made family epics like Tokyo Story and Good Morning, Yasujiro Ozu made all kinds of experiments in his silent film career. This screening of a restored print of the Japanese director’s crime film also includes a live score by the electronic band Coupler. It’s just one of the many excellent repertory options at this year’s Oak Cliff Film Festival, which also features a showing of the incredible documentary American Movie and a free outdoor screening of The Iron Giant.

When Harry Met Sally…
Director: Rob Reiner.
Writer: Nora Ephron.
Cast: Billy Crystal, Meg Ryan, Bruno Kirby, Carrie Fisher.
Playing At: The Magnolia.
Showing: Tuesday, June 11.
There’s an ironclad case to be made that this is greatest modern romantic comedy. Everything good or bad that came after this was an attempt to replicate what made it so successful. The chemistry between Crystal and Ryan is undeniable, and the supporting cast (RIP) is tremendous. The script by Nora Ephron is one of the few perfect screenplays. If you’ve somehow never seen this, go marvel at how smoothly it moves — and how terrifically it balances the romance and the comedy.

A Hard Day’s Night.
Director: Richard Lester.
Writer: Alun Owen.
Cast: John Lennon, Paul McCartney, George Harrison, Ringo Starr.
Playing At: Alamo Drafthouse Las Colinas.
Showing: Monday, June 17.
If Yesterday has you in the mood to check out The Beatles’ surprisingly solid film career, you can’t go wrong with this joyous meta-comedy. Even if you’re burned out on Boomer nostalgia and how the ’60s were such a groovy time, man, you’ll have a big fat grin on your face from beginning to end here. The film will make its way to other Alamo Drafthouses in the area throughout the month too, so check their website for more dates and showtimes.