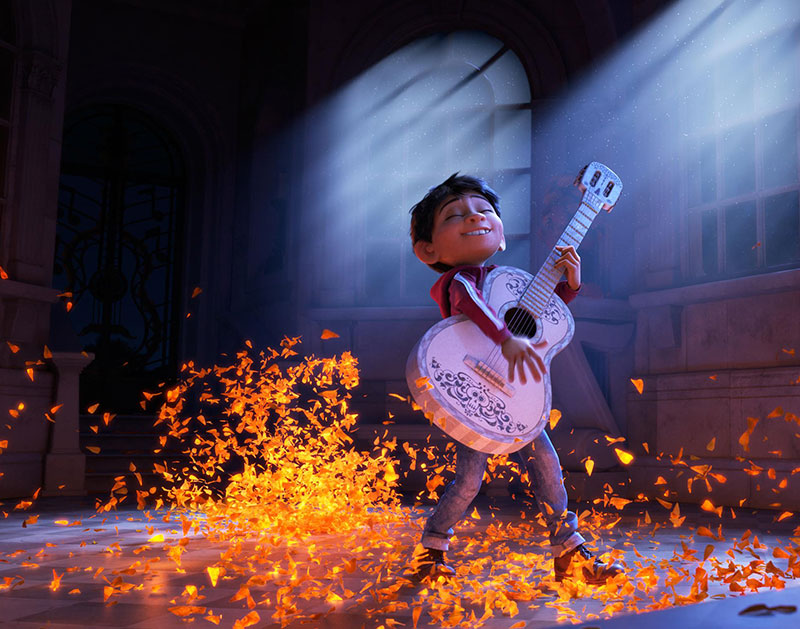 On Justice League, Lady Bird, Coco And The Rest Of November’s New Releases, Limited Showings and Repertory Screenings In Dallas.

We’re finally to the best part of the movie year, that wonderful time when all the studios cram their best offerings into theaters at once, all in hopes of keeping their offerings fresh in the minds of awards voters come ballot submission time.

For movie watchers like you and me, this means we get an abundance of exceptional titles to see, and not enough time to see them.

Not making things any easier is the fact that we have two massive superhero flicks also dropping this month, doing battle this close for the first time ever. I can say this about those: One is among most entertaining movies of the year, while the other is… well, we’ll see.

Thor: Ragnarok.
Director: Taika Waititi.
Writers: Eric Pearson, Craig Kyle, Christopher L. Yost.
Cast: Chris Hemsworth, Mark Ruffalo, Tessa Thompson, Cate Blanchett.
Opens: Friday, November 3.
The breeziest, most entertaining Marvel movie yet, with a killer supporting cast (including Jeff Goldblum at his most delightful) and an endless supply of jokes. This is what Guardians of the Galaxy, Vol. 2 wanted to be but never quite achieved earlier this year. Read our own Javier Fuentes’ full review of the film here.

Murder on the Orient Express.
Director: Kenneth Branagh.
Writer: Michael Green.
Cast: Kenneth Branagh, Michelle Pfeiffer, Judi Dench, Daisy Ridley.
Opens: Friday, November 10.
Me most of the time: “Ugh. Hollywood needs to lay off with the sequels and remakes and just do something original.” Also me: “A new Agatha Christie adaptation? Where do I sign up?!” Though I’m a little dismayed by the presence of Johnny Depp and the use of an Imagine Dragons song in the trailer, I’m definitely in the mood for an old-school mystery featuring a murderer’s row (pun intended) of international talent. I mean, this thing has four Oscar winners and three Oscar nominees, plus a pair of Tony winners! That’s insane.

Justice League.
Director: Zack Snyder.
Writers: Chris Terrio, Joss Whedon.
Cast: Ben Affleck, Gal Gadot, Jason Momoa, Ezra Miller.
Opens: Friday, November 17.
After the grim one-two beatdown of Man of Steel and Batman v Superman, and the added insult of the truly dreadful Suicide Squad, I’d understand anyone who’d want to be done with DC movies. Hey, I was right there with you! But Wonder Woman single-handedly redeemed the whole cinematic universe. So I’m willing to give this team-up a look, even though it still looks like a complete mess. Maybe Zack Snyder figured out how to have fun? Maybe Joss Whedon stepping in for him did it for him? Maybe it’ll still be an expensive disaster? Regardless, it still has Gal Gadot as Wonder Woman, so at least her scenes will work.

Coco.
Director: Lee Unkrich, Adrian Molina.
Writers: Adrian Molina, Matthew Aldrich.
Cast: Edward James Olmos, Benjamin Bratt, Alanna Ubach, Gael García Bernal.
Opens: Wednesday, November 22.
Yes, I would like Pixar to do something outside the box again like Inside Out. Yes, this looks like Moana with Latin music. But Pixar seems to always work their magic, as long as the subjects aren’t vehicles. Plus, it’s guaranteed to look beautiful on screen.

Lady Bird.
Director: Greta Gerwig.
Writer: Greta Gerwig.
Cast: Saoirse Ronan, Laurie Metcalf, Tracy Letts, Lucas Hedges.
As long as there are kids, we’ll need good coming-of-age movies. This one’s the directorial debut of indie darling Greta Gerwig. In it, the insanely talented Saoirse Ronan plays a kid for probably the last time — a senior struggling to find her identity at a Christian school. Early Oscar buzz has been surrounding Ronan as well as the criminally underrated Laurie Metcalf (Roseanne), who plays her mother. Get on board with this one early.

Last Flag Flying.
Director: Richard Linklater.
Writer: Richard Linklater, Darryl Ponicsan.
Cast: Bryan Cranston, Steve Carell, Laurence Fishburne, Cicely Tyson.
Richard Linklater’s last four movies have made my top 10 each year they were released. So I’m anxious to see if he can make it five in a row. This belated sequel to 1973’s The Last Detail picks up 30 years later, with the trio from that film reconnecting after their youngest member (Steve Carell, in the role Randy Quaid played in the original) learns that his son has died in Iraq. They reminisce, commiserate and bullshit each other once again as they contemplate the different directions their lives have taken since they were all in the service together.

Roman J. Israel, Esq.
Director: Dan Gilroy.
Writer: Dan Gilroy.
Cast: Denzel Washington, Colin Farrell, Carmen Ejogo, Shelley Hennig.
Putting Denzel in a movie written by the great Dan Gilroy seems like it would be a recipe for perfection. But reception at its premiere was surprisingly muted. So Gilroy and his editor went back and trimmed an entire subplot and moved a big reveal to earlier in the movie, hopefully trimming the fat and bringing us a lean, mean legal thriller. Denzel plays the titular character, a former activist turned attorney who decides to abandon his crusade for justice and live the high life at an unethical megafirm, which puts his life in jeopardy.

Three Billboards Outside Ebbing, Missouri.
Director: Martin McDonagh.
Writer: Martin McDonagh.
Cast: Frances McDormand, Woody Harrelson, Sam Rockwell, John Hawkes.
And now it’s finally here, my most anticipated movie of the fall. Frances McDormand stars as a vengeful mother who is out for answers after the police fail to make any arrests in the hunt for her daughter’s killer. Martin McDonagh (In Bruges) is back for another howlingly funny, deeply tragic and completely foul-mouthed exploration of death, obsession and incompetence. That sounds just great to me.

The Godfather, Part II.
Director: Francis Ford Coppola.
Writers: Francis Ford Coppola, Mario Puzo.
Cast: Al Pacino, Robert De Niro, John Cazale, Robert Duvall.
Playing At: The Magnolia.
Showing: Tuesday, November 7.
The best sequel of all time expands the scope and depravity of the original film with incredible acting, impeccable filmmaking and heartbreaking storytelling. It’s really long, and Pacino and De Niro don’t actually share the screen at any point, but this is about as good as movies get.

Big Night.
Directors: Stanley Tucci, Campbell Scott.
Writers: Stanley Tucci, Joseph Tropiano.
Cast: Stanley Tucci, Tony Shalhoub, Minnie Driver, Isabella Rossellini.
Playing At: Texas Theatre.
Showing: Thursday, November 9.
The best film ever made about food, this gem of a movie hasn’t been seen by nearly enough people. Tucci and Shalhoub play brothers who run an authentic Italian restaurant that’s trying to survive in a world of assembly line spaghetti and meatballs. They’re on their last legs when a friend tells them he’ll invite Louis Prima to eat at their restaurant, which could bring them years of customers. The Texas Theatre is showing a 35mm print and there will be a pop-up Italian restaurant on-site serving the incredible timpano as seen in the film, as made by chefs from Lucia.

The Talented Mr. Ripley.
Director: Anthony Minghella.
Writer: Anthony Minghella.
Cast: Matt Damon, Gwyneth Paltrow, Jude Law, Cate Blanchett.
Playing At: Alamo Drafthouse Cedars.
Showing: Sunday, November 12.
Matt Damon gives the performance of his career in this underrated thriller. Tasked with bringing home the son of an acquaintance, Tom becomes obsessed with the ultra-wealthy, hedonistic lifestyle of Dickie (Jude Law, in the performance that brought him his first Oscar nomination). Does he covet so much that he’d kill? The Talented Mr. Ripley is one of the most gorgeous films about our darkest desires.

Planes, Trains and Automobiles.
Director: John Hughes.
Writer: John Hughes.
Cast: Steve Martin, John Candy, Dylan Baker, Edie McClurg.
Playing At: Inwood Theatre.
Showing: Friday, November 17; Saturday, November 18.
A stealth pick for the best John Hughes movie, this Thanksgiving tradition is the perfect blend of funny and sad, with John Candy embodying the highs and lows in his greatest film performance. You might remember its best-known scene, but the film has so much more laughter and tears baked right in.