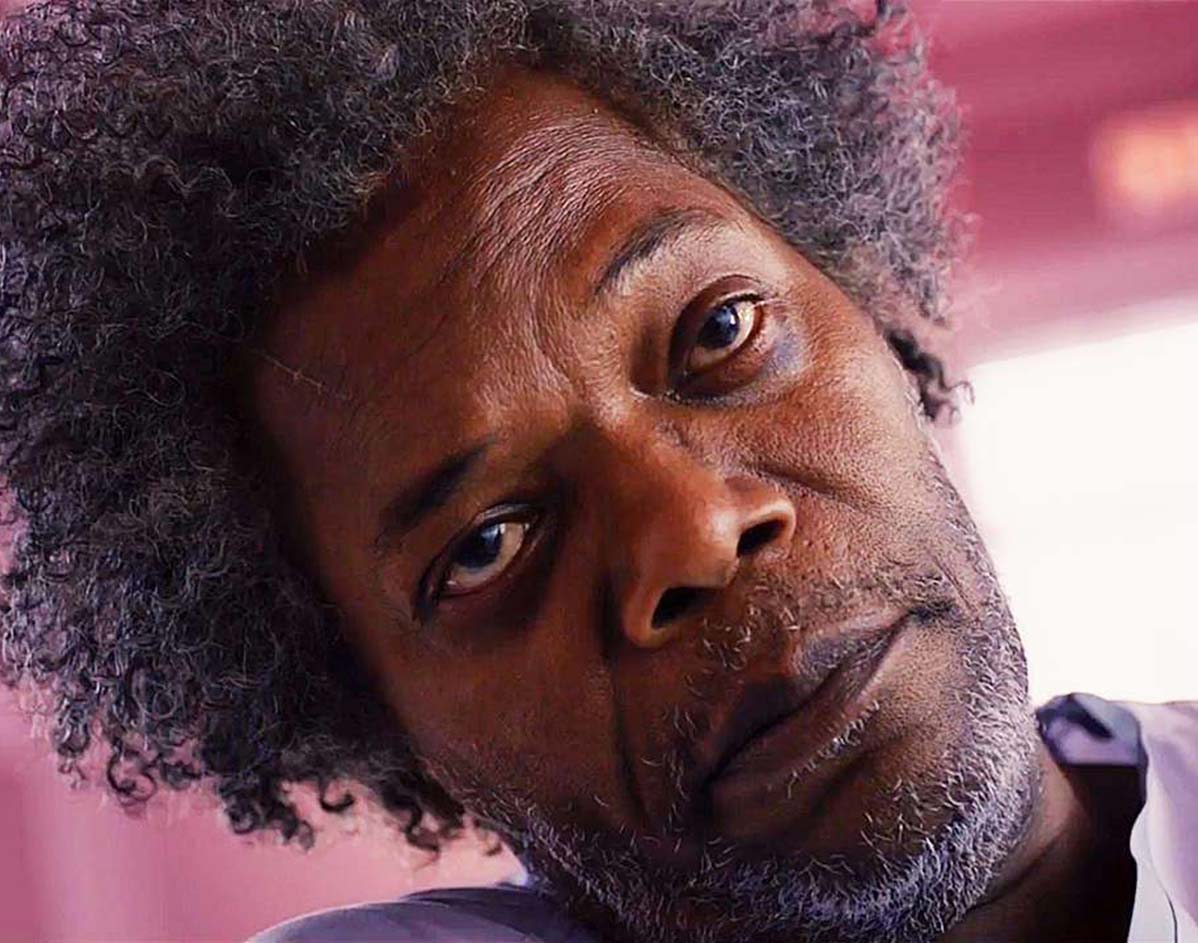 On Glass, The Upside, The Kid Who Would Be King And The Rest Of January 2019’s Top New Releases, Limited Showings and Repertory Screenings Around Dallas.

Now, I don’t know about how the year treated y’all, but it was not an awesome year for me. But, hey, at least the movies were good!

Unfortunately, we’re now back into the January doldrums. We’ve either gotta go back to work or school (or, God forbid, both). And Dallas is doing its weird thing, where it’s abnormally warm one day, then gross and grey and rainy the next.

But will we get snow? Probably not!

Alas, I can’t necessarily say there’s a lot to look forward to at the movies this month, either. But there’s probably a diamond in the rough or two here or there. Let’s take a look at this month’s cinema options together then, shall we?

The Upside.
Director: Neil Burger.
Writers: Jon Hartmere.
Cast: Kevin Hart, Bryan Cranston, Nicole Kidman, Julianna Margulies.
Opens: Friday, January 11.
France’s The Intouchables is one of my favorite movies of the decade. An honest-to-God inspirational movie about the friendship between an unemployed black man and the wealthy white man he takes care of. It sounds like it would be a sentimental con job, but it’s genuinely moving. Unfortunately, this long-delayed American remake has the potential to hit every false note the original avoided. But the cast is quite strong, and you’ll probably tear up anyway.

Glass.
Director: M. Night Shyamalan.
Writer: M. Night Shyamalan.
Cast: James McAvoy, Bruce Willis, Samuel L. Jackson, Sarah Paulson.
Opens: Friday, January 18.
I really enjoyed Split, M. Night Shyamalan’s twisted multiple-personality thriller from a few years ago. I was even on board when it was revealed to take place in the same universe as his underrated superheroes-among-us thriller Unbreakable. Yet I’m still kind of meh on this crossover, as the previews simultaneously give everything and nothing away. So I’m counting on its trio of super-humans and the great Sarah Paulson to do the heavy lifting here. Expect this to break a lot of January box office records.

The Kid Who Would Be King.
Director: Joe Cornish.
Writers: Joe Cornish.
Cast: Louis Ashbourne Serkis, Tom Taylor, Patrick Stewart, Rebecca Ferguson.
Opens: Friday, January 25.
I wasn’t as wild about Joe Cornish’s debut feature Attack the Block as everyone else was. But I will concede that it was a fun sci-fi comedy that portended an exciting career. While I’m surprised that his follow-up comes almost a decade later — and is yet another unnecessary King Arthur story — this looks like the rare live-action kids’ movie that will have just as much entertainment value for adults as it will for the young’uns.

Serenity.
Director: Steven Knight.
Writer: Steven Knight.
Cast: Matthew McConaughey, Anne Hathaway, Jason Clarke, Diane Lane.
Opens: Friday, January 25.
You can always count me in for a neo-noir! Here, McConaughey plays a fishing tour guide whose ex (Anne Hathaway) shows up asking him to kill her abusive husband (Jason Clarke). There will obviously be a lot of crosses and double-crosses. It got moved from September to January, which isn’t a great sign. But the cast, which also includes Academy Award nominees Diane Lane and Djimon Hounsou in supporting roles, will hopefully elevate its trashy story.

Cold War.
Director: Pawel Pawlikowski.
Writers: Pawel Pawlikowski, Janusz Glowacki.
Cast: Joanna Kulig, Tomasz Kot, Borys Szyc, Agata Kulesza.
I’m a little, ahem, colder on this Polish film than many critics, but it’s still a fascinating drama that’s likely to be nominated for Best Foreign Language Film, and maybe a few other noms as well. Tomasz Kat plays a government historian traveling across Poland to record local folk musicians. He then falls in love with a young singer (the strikingly beautiful Joanna Kulig), and they have a tumultuous affair over several decades. The nice thing is that Pawlikowski keeps this at 90 minutes, whereas other Europeans might drag this out to two-and-a-half hours. Come for its beautiful black-and-white cinematography and immersive sound design, stay for its critique of a country sliding into fascism.

Destroyer.
Director: Karyn Kusama.
Writers: Phil Hay, Matt Manfredi.
Cast: Nicole Kidman, Sebastian Stan, Toby Kebbell, Tatiana Maslany.
Nicole Kidman has been getting rave reviews – unsurprisingly – for her turn as an undercover cop burned by the police department and the crew she was infiltrating. Out for revenge with a broken spirit and broken face — but not a broken mind — it’s going to be a violent end for a lot of people. Expect a lot of gruesome kills and a downer ending.

Stan & Ollie.
Director: Jon S. Baird.
Writer: Jeff Pope.
Cast: John C. Reilly, Steve Coogan, Shirley Henderson, Nina Arianda.
Stan Laurel and Oliver Hardy were one of the greatest comedy duos ever, but they weren’t so hot anymore in the 1950s. So they embarked on a theater tour of England, testing their friendship as they tried to keep their careers afloat. This should be a bittersweet comedy with a slew of great performances. But it will sadly get lost in the shuffle compared to the more straightforward biopics of the year.

The Standoff at Sparrow Creek.
Director: Henry Dunham.
Writers: Henry Dunham.
Cast: Patrick Fischler, James Badge Dale, Brian Geraghty, Chris Mulkey.
In this Dallas-shot thriller playing exclusively at the Texas Theatre, James Badge Dale plays an ex-cop investigating his own fellow militia members after a shooting at a police funeral. As tempers flare, will they discover the shooter, or will violence bring an end to their small brotherhood?

Laurel & Hardy’s Festival of Laffs!
Directors: Various.
Writers: Various.
Cast: Stan Laurel, Oliver Hardy.
Playing At: Alamo Drafthouse.
Showing: Saturday, January 5; Saturday, January 12; Saturday, January 19; Saturday, January 25.
Even with all the advances in streaming, it’s still very hard to see the work of this great comedy duo. So take this opportunity to see four of their greatest shorts on the big screen. If you got kids (or nieces or nephews) or parents (or grandparents) that are still around, take them all. This is all-time comedy for all ages. The four shorts will rotate at the Drafthouses in the area, starting with Las Colinas on the 5th and ending at Lake Highlands on the 26th. Check each theater’s website for more dates and showtimes.

Mandy.
Director: Panos Cosmatos.
Writers: Panos Cosmatos, Aaron Stewart-Ahn.
Cast: Nicolas Cage, Andrea Riseborough, Linus Roache, Bill Duke.
Playing At: Inwood Theatre.
Showing: Friday, January 11; Saturday, January 12.
Mandy hasn’t even been out six months, but it’s already starting its new life as a midnight movie. This is the rare time where it’s earned. Nic Cage is giving his best performance in years as the haunted lumberjack out to get revenge on the deranged cult that took his wife (Andrea Riseborough). You could watch this on-demand at home, but you really need to see this late at night in a theater with the sound turned way up.

The Day the Earth Stood Still.
Director: Robert Wise.
Writers: Edmund H. North.
Cast: Michael Rennie, Patricia Neal, Hugh Marlowe, Sam Jaffe.
Playing At: The Magnolia.
Showing: Tuesday, January 22.
One of the stand-outs from the Atomic Age, The Day the Earth Stood Still was named the fifth-best sci-fi film of all-time by the American Film Institute. Like a lot of films from the ‘50s, it might feel a little hokey to modern audiences, but its anti-war message still resonates today. Just don’t think about the 2008 remake with Keanu Reeves.

Metropolis.
Director: Fritz Lang.
Writer: Thea von Harbou.
Cast: Alfred Abel, Gustav Frohlich, Rudolf Klein-Rogge, Brigitte Helm.
Playing At: Texas Theatre.
Showing: Friday, January 25.
Fritz Lang’s early sci-fi masterpiece was an influence on everything from Batman to Blade Runner to Dark City, and just about every dystopian future film you can think of. The Texas Theatre, as part of its series on futuristic film, will include this presentation with a live score from Austin composer David Didonato. A silent movie with a live score is a rare thing in this day and age, so definitely take advantage of this one.