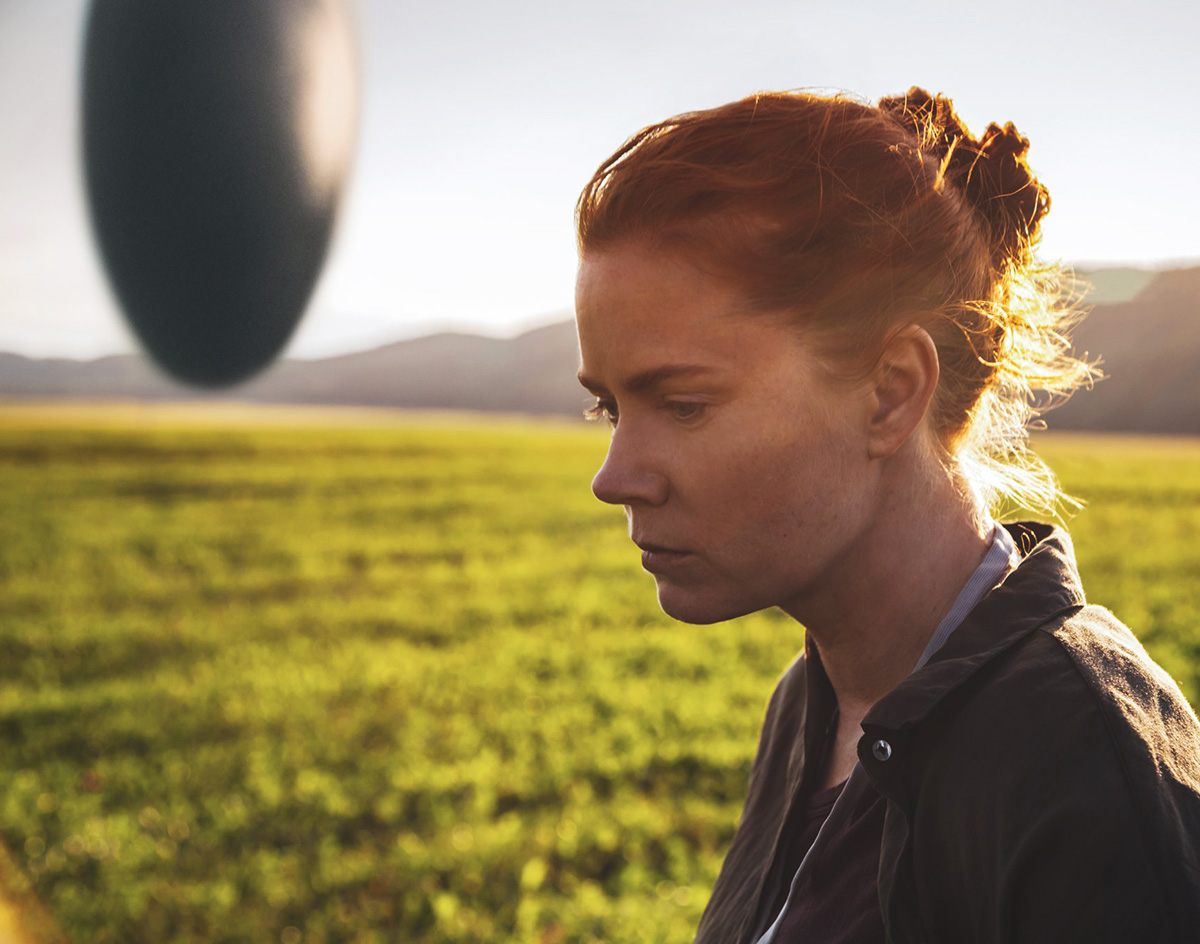 On Arrival, Loving, Moonlight, Manchester By The Sea and The Rest Of The Month’s New And Repertory Film Screenings That Are Worth Watching.

With summer blockbuster season now barely even registering in the rear-view mirror, we’re officially entering Oscar bait season — and, for sure, that’s a good thing.

This month, we’re getting some real good-looking options coming to the cinemas — and on all fronts, from wide releases to limited releases and even repertory options.

Here, we take a look at your best bets for this month of movie-going.

Doctor Strange.
Director: Scott Derrickson.
Writers: Jon Spaihts, Scott Derrickson, C. Robert Cargill.
Cast: Benedict Cumberbatch, Chiwetel Ejiofor, Tilda Swinton, Mads Mikkelsen.
Opens: Friday, November 4.
Will this finally be the Marvel movie where we get a well-told story that doesn’t worry about connecting to the larger Marvel Cinematic Universe? Probably not, but at least we’ll be getting more visually inventive special effects and some Asian actors. Plus, Mads Mikkelsen plays the big bad guy and Tilda Swinton plays the wise instructor. I am all about that weird casting! So, too, is our own Javier Fuentes, turns out. He kinda dug this one. Arrival.
Director: Denis Villeneuve.
Writer: Eric Heisserer.
Cast: Amy Adams, Jeremy Renner, Michael Stuhlbarg.
Opens: Friday, November 11.
After aliens invade Earth, the government recruits a linguist (Amy Adams) to help translate whether our new guests are friend or foe. From early reviews at a ton of festivals this fall, this is a thought-provoking piece of sci-fi with a finale that’s less fist-pumping and more weeping openly in your seat. Forget Rogue One. This is the movie I’m desperately trying to avoid spoilers for. Billy Lynn’s Long Halftime Walk.
Director: Ang Lee.
Writer: Jean-Christophe Castelli.
Cast: Joe Alywn, Kristen Stewart, Vin Diesel, Steve Martin.
Opens: Friday, November 11.
Reception has been decidedly mixed for Ang Lee’s latest experimental film. While many have praised the emotional core of the film – about a conflicted veteran being honored at a Cowboys game – they aren’t as keen on the film’s hyper-realistic 3-D presentation. This is an adaptation of a novel by Dallas author Ben Fountain. So at least read that. But Ang Lee, with his two Oscars, knows how to blaze trails while still keeping us caring about the characters. That’s a hallmark of a great filmmaker. Allied.
Director: Robert Zemeckis.
Writer: Steven Knight.
Cast: Brad Pitt, Marion Cotillard, Jared Harris, Lizzy Caplan.
Opens: Wednesday, November 23.
Hollywood will eventually run out of stories to tell about World War II. But they’re not there yet, and if they’re as interesting as this one looks, I’ll be OK with that. Pitt and Cotillard play former spies enjoying wedded bliss in London until MI-6 informs him they suspect her of being a Nazi double agent. Marital and patriotic suspicions ensue. Even if I’m annoyed by a couple making love in a car during a CGI sandstorm, I am all for well-dressed people playing cloak and dagger.

[A note about limited releases: Unlike the big movies, which are booked months or years in advance, they don’t make it to Dallas on a regular schedule. It’s all up to the distributors and the theaters, which are usually independent. Check out the websites for both Angelikas (Dallas and Plano, both Drafthouses, the Magnolia and the Texas Theatre) throughout the month to see what’s showing where.]

Loving.
Director: Jeff Nichols.
Writer: Jeff Nichols.
Cast: Joel Edgerton, Ruth Negga, Nick Kroll, Sharon Blackwood.
Jeff Nichols (Midnight Special) makes his Oscar play with this biopic about Richard and Mildred Loving, the interracial couple whose illegal marriage in Virginia led the way to the landmark Supreme Court decision that legalized interracial marriage throughout the U.S. less than 50 years ago. (Less than 50 years ago!) While it would seem to be yet another stilted true-life story, reviews indicate it’s a level above the crop of usual historical dramas, especially thanks to the performances of Edgerton and especially Negga. Moonlight.
Director: Barry Jenkins.
Writer: Barry Jenkins.
Cast: Mahershala Ali, Naomie Harris, Janelle Monáe, Trevante Rhodes.
Here’s one of the rare movies where you can actually believe the hype. Rhodes is one of three actors who play social outcast Chiron at different ages, trying to find his own identity. Harris plays his drug-addicted mother, and Ali and Monáe his surrogate family. This is a beautiful, heartbreaking story that features incredible acting and some of the most gorgeous cinematography I’ve seen this year. Don’t wait on this one. Go see it as soon as you can. Manchester by the Sea.
Director: Kenneth Lonergan.
Writer: Kenneth Lonergan.
Cast: Casey Affleck, Michelle Williams, Kyle Chandler, Lucas Hedges.
Ever since it premiered at Sundance in January, this has been dubbed the front-runner for this year’s Oscars. Casey Affleck plays an ambition-free janitor who suddenly has to care for his teenage nephew after his brother dies. Expect Lonergan’s patented blend of disarming humor and gut-wrenching sadness. Nocturnal Animals.
Director: Tom Ford.
Writer: Tom Ford.
Cast: Amy Adams, Jake Gyllenhall, Michael Shannon, Isla Fisher.
Fashion designer Tom Ford made quite a splash in 2009 with his adaptation of A Single Man, for which Colin Firth should have won the Oscar. (Jeff Bridges should have won the next year for True Grit instead.) It was a visually dazzling drama about depression, death and impeccable menswear. This follow-up looks stunning but potentially confusing. Adams plays a woman who receives a manuscript for a novel from her ex-husband (Gyllenhall) that features characters based on their marriage. Is it just a thriller that hits a little close to home, or a coded threat? I’ll be there with a glass of wine to find out.

V for Vendetta.
Director: James McTeigue.
Writers: The Wachowski Brothers.
Cast: Natalie Portman, Hugo Weaving, Stephen Rea, Stephen Fry.
Playing At: Alamo Drafthouse Cedars, Alamo Drafthouse Richardson.
Showing: Saturday, November 5.
Hey, remember when a large online group picked a religious terrorist as their mascot? No? Well, anyway you can check out this solid adaptation of Alan Moore’s landmark graphic novel on Guy Fawkes Day to double check. To me, this is one of the best modern comic book movies because it delivers all the action goods but, if you’re paying attention, it also gives you plenty to talk about afterward. Or you could just miss the point entirely and focus on the wonderfully choreographed fight scenes and vivacious wordplay. Saved!
Director: Brian Dannelly.
Writers: Brian Dannelly, Michael Urban.
Cast: Jena Malone, Mandy Moore, Macaulay Culkin, Eva Amurri.
Playing At: Alamo Drafthouse Richardson.
Showing: Wednesday, November 9.
As someone who went to Christian school until 8th grade, few movies hold as special a place in my heart as this satire, which exposes the hypocrisy of unfettered religious piety while not just taking easy potshots at true believers who are still human. If you’re a fan of Mean Girls (and if you’re not, are you a monster?) then you’ll love this high school comedy. 12 Angry Men.
Director: Sidney Lumet.
Writer: Reginald Rose.
Cast: Henry Fonda, Martin Balsam, Lee J. Cobb, E.G. Marshall.
Playing At: Texas Theatre.
Showing: Sunday, November 13.
One of my all-time favorites. Fonda plays the unnamed man who works the rest of his fellow jurors to check their racial prejudice and desire to wrap the case up quickly to determine if they truly believe the defendant is guilty of murder beyond a shadow of a doubt. Incredible acting and writing. Hard to believe it was Sidney Lumet’s first film as director. This is part of the Texas Theatre’s celebration of the filmmaker’s 50-year career, just in time for the release of the new documentary By Sidney Lumet. Seconds.
Director: John Frankenheimer.
Writer: Lewis John Carlino.
Cast: Rock Hudson, John Randolph, Frank Campanella, Richard Anderson.
Playing At: The Magnolia.
Showing: Tuesday, November 15.
Still not over Halloween and looking for something else to unsettle you? This landmark horror/sci-fi flick from John Frankenheimer (Ronin) is about a company that allows their rich, older clientele to assume the bodies of younger, more attractive people. It sounds cliché, but this black-and-white flick got there first.
No more articles