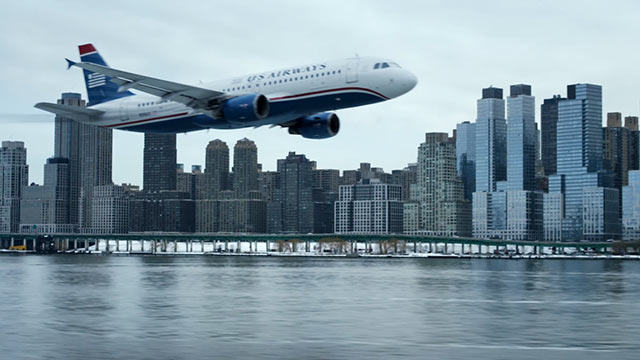 On Blair Witch, Sully and The Rest Of The Month’s Top New Movies and Repertory Screenings.

At this point, whether 2016’s blockbuster season was the worst Hollywood’s ever seen isn’t really important.

And the fall looks to be luring smart moviegoers back into theaters with one of the strongest September slates I can recall in recent memory. Honestly, the rest of the year looks full of good movies, really.

But let’s start here, first with the wide releases, then the limited ones playing the area art houses, and finally with the one-off screenings that might also be worth your while in this crowded month.

Blair Witch.
Director: Adam Wingard.
Writer: Simon Barrett.
Cast: Corbin Reid, Wes Robinson, Valorie Curry, James Allen McCune.
Opens: September 16.
A Blair Witch sequel doesn’t exactly excite me. The original is a brilliant horror flick, but also a late-’90s time capsule. Still, anything from Adam Wingard and Simon Barrett (You’re Next, The Guest) is bound to get my blood pumping. This is a direct sequel, not whatever the hell Book of Shadows was, and should provide genuine scares.

Masterminds.
Director: Jared Hess.
Writers: Chris Bowman, Hubbell Palmer, Emily Spivey.
Cast: Zach Galifiainakis, Kristen Wiig, Kate McKinnon, Jason Sudeikis.
Opens: September 30.
Based on the cast alone, this could be the year’s best comedy. In addition to those listed above, there’s also Leslie Jones, Owen Wilson and utility player Ken Marino (Wet Hot American Summer). It’s based on a true story of a 1997 bank robbery, which was the second-biggest U.S. heist at the time, and hails from Jared Hess, who’s either an underrated comedy genius or a weirdo who has failed to reach the heights of his debut Napoleon Dynamite. What makes you laugh is subjective, but his skills in directing comedy are rock solid.

One More Time with Feeling.
Director: Andrew Dominik.
Opens: September 8.
Nick Cave remains one of the most enigmatic, magnificent musicians in rock. Still killing it as he approaches 60, this concert doc — from Killing Them Softly director Andrew Dominik — reveals the making of the Cave’s latest album Skeleton Tree. It will show in a few local theaters, but only on September 8.

Complete Unknown.
Director: Joshua Marston.
Writers: Joshua Marston, Julian Sheppard.
Cast: Rachel Weisz, Michael Shannon, Kathy Bates, Danny Glover.
Opens: Check your local art house for opening info.
Rachel Weisz kicks off her comeback in earnest this fall. She’s also starring in the tragic romance The Light Between Oceans, the courtroom drama Denial and the competitive sailing flick The Mercy later this year. But first up is this mystery, in which she reconnects with an old flame (Michael Shannon) after disappearing 15 years ago.

Author: The JT LeRoy Story.
Director: Jeff Feuerzeig.
Opens: Check your local art house for opening info.
In the mid-’90s, JT LeRoy was one of the most fascinating writers in America, telling sordid tales of growing up with prostitution and drug addiction. As with a lot of crazy stories, his were too good to be true. This doc exposes the elaborate lengths Laura Albert embarked upon to convince people that LeRoy was a real person and not part of her elaborate fiction.

Network.
Director: Sidney Lumet.
Writer: Paddy Chayefsky.
Cast: Peter Finch, William Holden, Faye Dunaway, Robert Duvall.
Playing At: The Magnolia.
Showing: Tuesday, September 7.
How could Paddy Chayefsky have possibly predicted that one day we’d be glued to our screens, listening to a delusional old man rant about whatever popped into his head? I mean, that would never happen in 2016, right?

The Thing.
Director: John Carpenter.
Writer: Bill Lancaster.
Cast: Kurt Russell, Wilford Brimley, Keith David, Richard Masur.
Playing At: Inwood Theatre.
Showing: Friday, September 9; Saturday, September 10.
John Carpenter’s remake of the 1951 sci-fi classic is great precisely because it tosses out just about everything about the original film, while making it a lot closer to the short story that inspired it. Carpenter cranks the grossness up to 11, as the alien the researchers discover takes the form of people, animals and — in one terrifying scene — a bear trap. It’s disgusting, entertaining, horrifying and the perfect midnight movie.

Batman and Batman Returns.
Director: Tim Burton.
Writers: Sam Hamm, Warren Skaaren, Daniel Waters.
Cast: Michael Keaton, Jack Nicholson, Michelle Pfeiffer, Danny DeVito.
Playing At: Alamo Drafthouse Richardson; Alamo Drafthouse Cedars.
Showing: Saturday, September 17; Monday, September 26.
You guys remember when DC movies used to be fun? Or at least not oppressively grim? When they found a balance between the ugliness of their environments and the total exhilaration that summer movies should provide? Tim Burton’s two Batman movies delivered that in spades. The first remains the template for pure superhero movies — even if its soundstage environment makes it feel quaint in retrospect — while the second is what happens when a director’s vision oozes out of every frame. Both films are also showing separately, along with some of Burton’s best (Edward Scissorhands) and worst (Mars Attacks!) films as part of Alamo’s “Septemburton” series. I wish they were showing Ed Wood, but at least no one’s going to have to see Alice in Wonderland again.

The Searchers.
Director: John Ford.
Writer: Frank S. Nugent
Cast: John Wayne, Jeffrey Hunter, Vera Miles, Ward Bond.
Playing At: Texas Theatre.
Showing: Sunday, September 25.
Many would argue that The Searchers is the greatest Western of all time –even if I’m still a little partial to other John Wayne’s earlier classics like Stagecoach and Red River — and its magnificent cinematography will be a sight to behold on the big screen at this screening. Even better, they’re showing the greatest cartoon short ever made, “Duck Amuck,” right before it. This is part of a special series Warner Bros. is doing in Dallas. The week before, the Majestic will show The Maltese Falcon. The week after, Encore Park will show Captain Blood. Both will also have classic Looney Tunes cartoons preceding the shows.