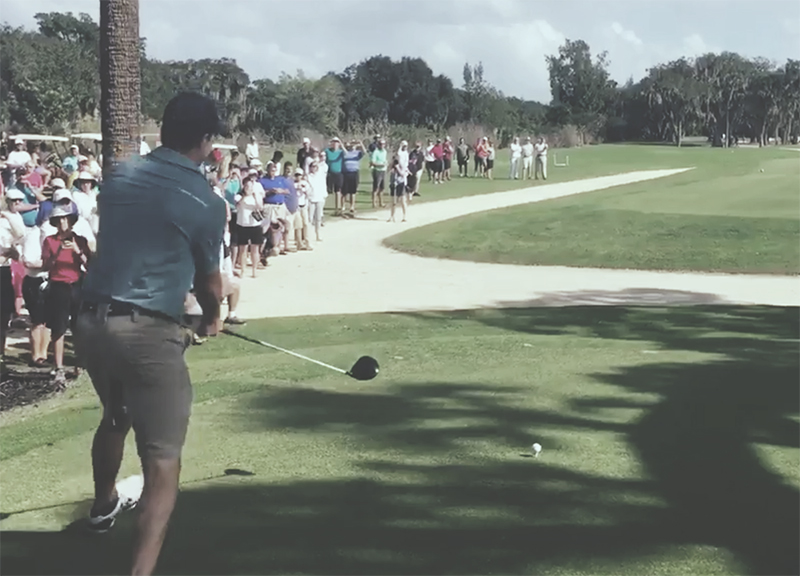 Watch Jordan Spieth Happy Gilmore A Drive At A Pro-Am In Florida.

Dallas' Jordan Spieth is so goddamn great — just a badass golfer and an absolute pleasure to watch — that it's sometimes easy to forget that the No. 1-ranked player in the world is just a 22-year-old kid.

Well, it's mostly tough. On Sunday, Spieth showed his true youthful colors while playing alongside country music singer Jake Owen at the Indian River Grapefruit Pro-Am in Vero Beach, Florida, by hitting a tee shot all Happy Gilmore-style, thus living out in real-life the fantasy of any American teenager who has ever been to a driving range.

Check out Owen's video of the awesome feat:

Looks like the kid caught it flush, too — y'know, as if anyone would expect that he not.

Also, don't let anyone tell you different, this is the funniest scene in Happy Gilmore: