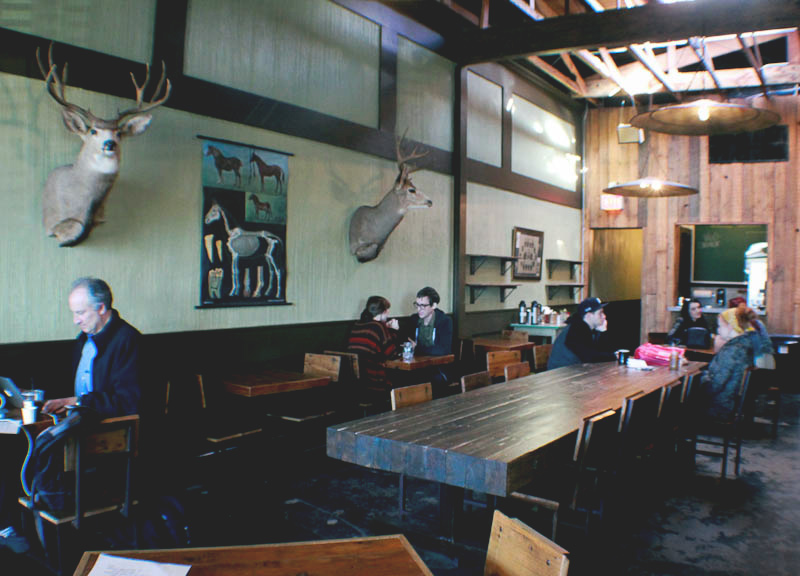 Forget The Nightclubs: Property Owners Have Different Plans In Mind For Lowest Greenville.

If you’ve visited Lowest Greenville in the past few years, there’s no question: You’ve noticed some huge changes in the East Dallas neighborhood.

You can’t miss them, really. Not only are the tenants mostly new in this area, but the sidewalks, the bike racks, the parking, the street lamps — they’re all new, too. And, certainly, that’s good news if you’re the kind of person that likes to work out and enjoy a healthy lunch or dinner. This neighborhood, it seems, is being re-designed just for your kind of lifestyle.

“There continues to be more apartment development [around the area],” says Marc Andres, whose Andres Properties currently owns a majority of the commercial buildings along the eastern side of the Lowest Greenville strip. “We typically get a younger-skewed demographic [living in the neighborhood], but they’re all working people, 25 to 45 [years old], generally healthy, active. Some families.â€œ

To hear Andres tell it, that’s the image in which he’s trying to rebrand this neighborhood, too. Not only are the newer food tenants along this revered stretch of road now focusing heavily on the healthier end of the dietary spectrum — the paleo-centric, and wildly successful, HG Sply Co. is an obvious example; the new Trader Joe’s is another — but, Andres hopes, the people here will be healthy, too. These days, his company is specifically seeking out businesses with health-focused bents to fill its vacant lots.

“We’ve been looking for yoga, pilates, crossfit and that type of use, because it really fits the demographic profile of the neighborhood,” Andres says. “It can enhance someone’s reason to live in the area and their reason to walk or bike or make it a more walkable, urban neighborhood. So we did assign our first lease with that type of use at 2010 C, for a less intense gym than a crossfit gym called Society Fitness.”

Just a few years ago, though, the idea that Lowest Greenville would one day become overrun with gyms might have sounded insane. Back then, this area was more known for its nightlife — rather specifically, and, sometimes, to a fault (read: cops posted up on every corner, every weekend night). Hence Andres Properties’ proposed change in direction, which, while popular in certain circles, is decidedly unpopular in others given the methods through which the landlords are implementing their changes.

Seemingly out of nowhere this past July, popular nightlife spot Zubar was forced to close its doors for good after 18 years of thriving in its Lowest Greenville home. According to club management, it was a disagreement with Andres Properties that directly led to the closure.

“We were unable to come to terms with our landlord on a new lease,” says Kenny Stamey, former general manager at the club. “They were insistent upon us closing at midnight. That was a deal breaker for us. There was just no way that we were going to be able to continue to operate at anywhere close to being profitable when closing at midnight.”

Thing is, Zubar had already gotten the OK to keep its doors open past midnight — from the city, no less.

In 2011, in an attempt to curb the rowdiness that had become second nature in the neighborhood at the time, the city required that all tenants wishing to stay open past midnight acquire a new special use permit that afforded them the right to do so. “Bad” clubs — ones that the city viewed as part of draw behind the neighborhood’s less desirable elements — were weeded out, unable to keep the lights on without those added hours at the end of the night, much to their own chagrin. Zubar passed that test, though; at least in the city’s eyes, it was no different than the other, rule-abiding bars along the Lowest Greenville strip — spots such as the Libertine and the Single Wide — which the city similarly allowed to stay open until 2 a.m.

But those places are still open, and still operating until 2 a.m. on a nightly basis. The difference? Their spaces aren’t owned by Andres Properties. If they were, who’s to say if they too would now be shuttered?

For his part, Libertine owner Simon McDonald says he approves of what Andres Properties is trying to accomplish in Lowest Greenville in trying to root out the supposed bad elements.

“It was just the type of bars that were down there,” says McDonald. “They were nightclubs, which can have a pretty unruly crowd on the weekends down there. Now there are more family friendly restaurants. So it’s been great.”

In McDonald’s defense, his establishment very much is a restaurant in addition to being a bar. And Zubar, which once boasted a kitchen of its own in its earlier days but ditched that concept once it saw its bar sales rise, wasn’t.

And, these days, restaurants very much are the name of the game along this strip. In the coming months, Andres says he expects a new diner and a new salad bar to join this suddenly crowded foodie mecca.

“A lot of healthy things [are coming] to this street,” he says. And that’s just how he wants it: “What had happened was, when the street became more bar-centric, the demographic, those people would just bypass Lower Greenville to go to Henderson or to go to Uptown or other areas of the city.”

So, yes, change has come to Lowest Greenville. And, Andres promises, we can expect it to continue to change in this direction, too.

Just don’t expect to see too much craziness after midnight any longer. Not on Lowest Greenville. Thanks to Andres Properties, those days are, for better or worse, now a thing of the past. 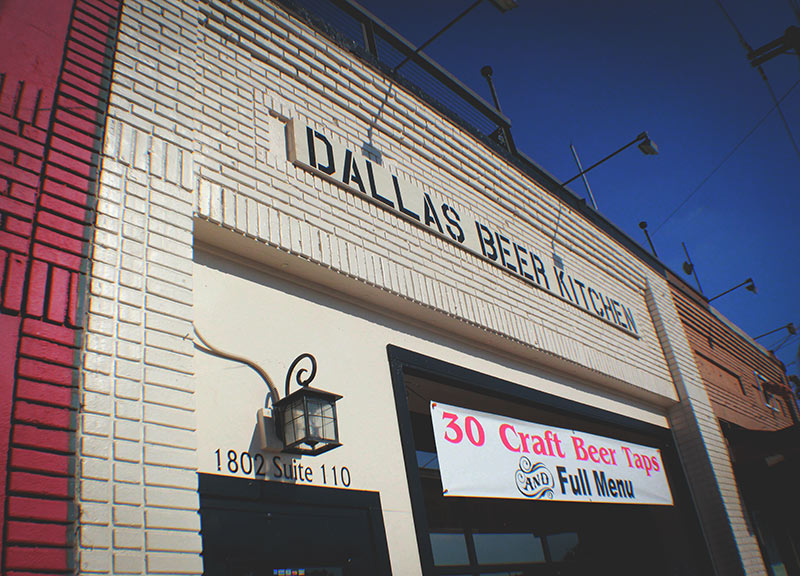 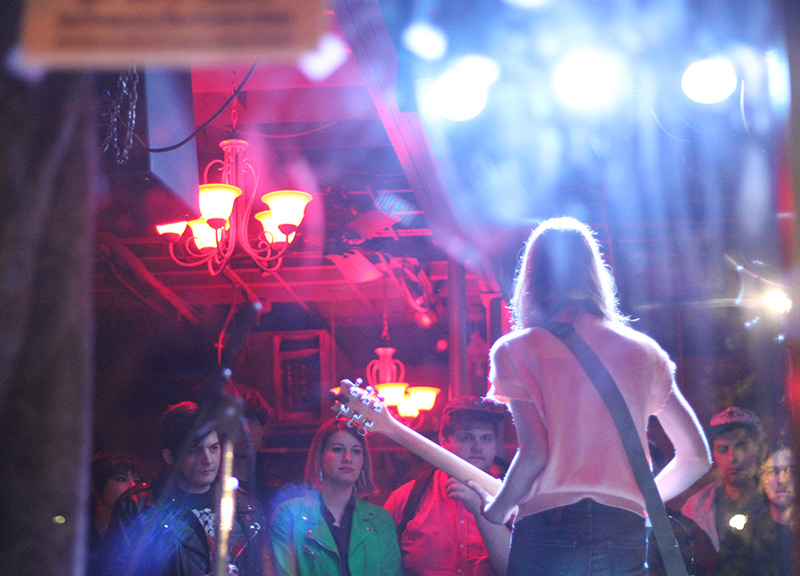 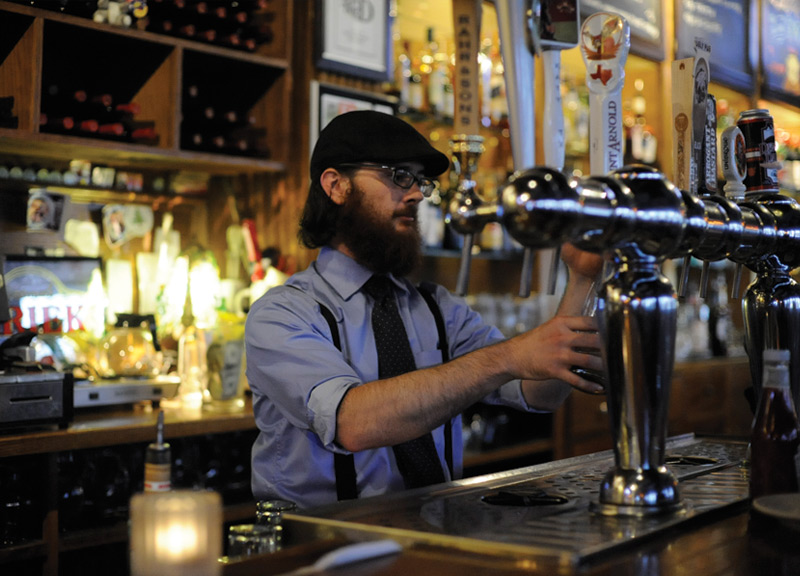 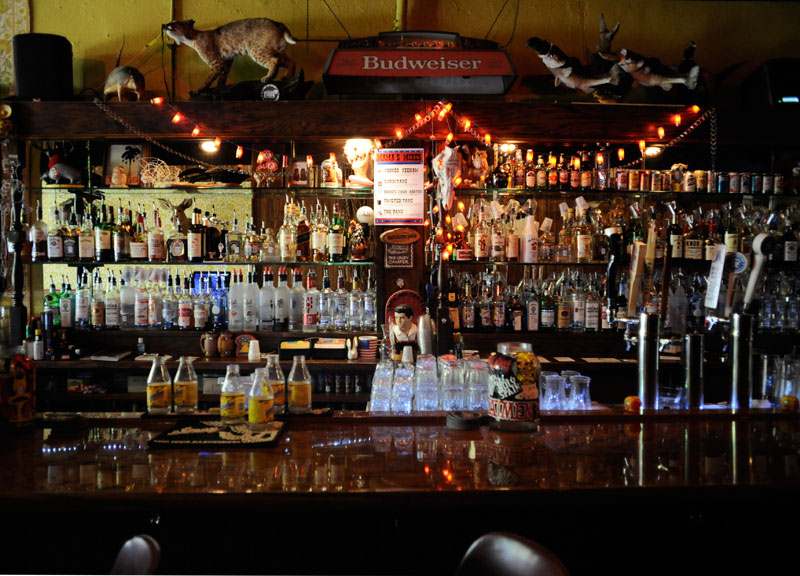 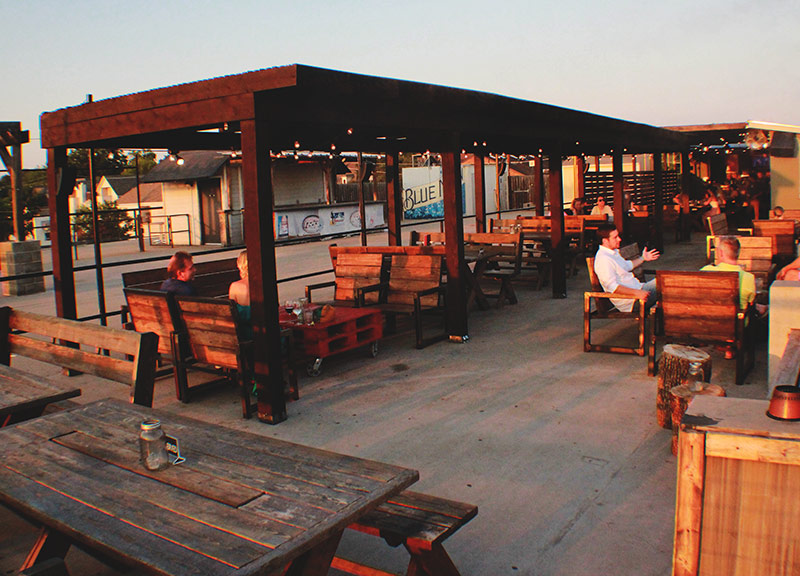 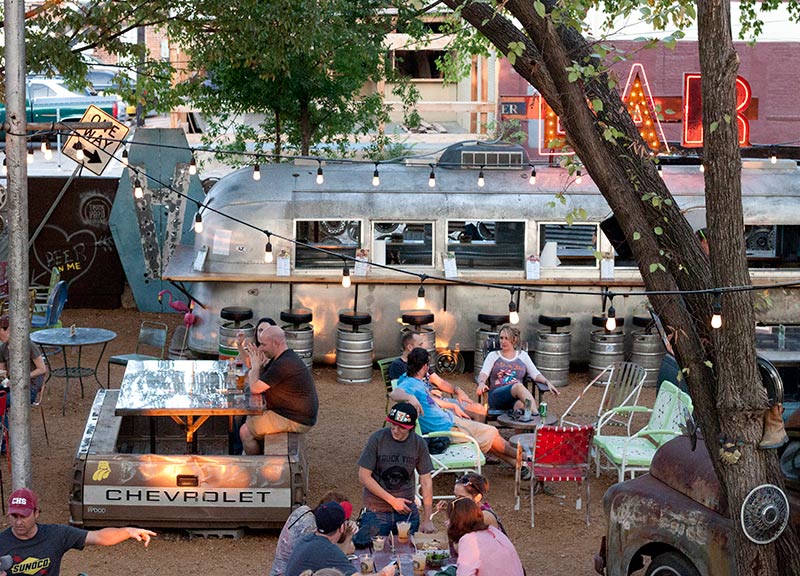