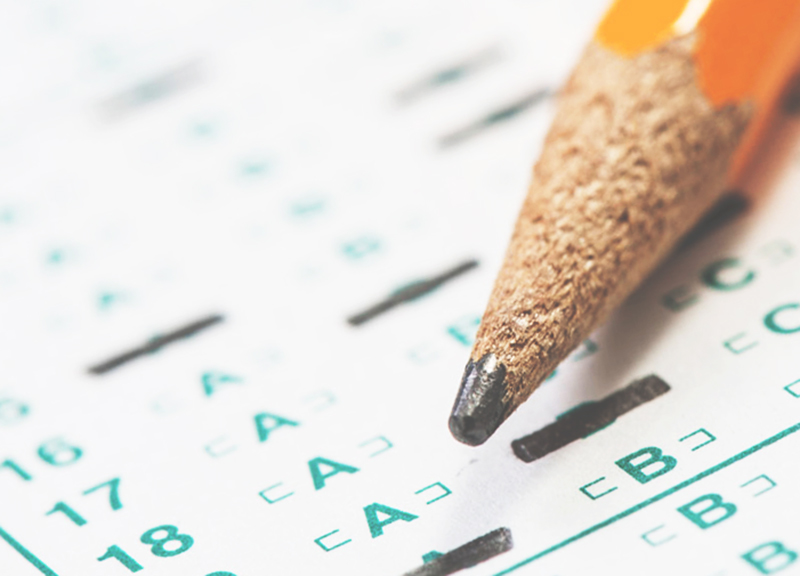 A Dallas Guy Got Last Place In His Fantasy Football League. His Punishment? He Had To Take The SAT.

Fantasy football usually has low stakes. Most of the time, all you stand to lose are a few bucks and a chunk of time. Rest assured: You’ll still get plenty stressed out and shave a few minutes off of your life every time one of your high draft picks gets injured, but the pain isn’t any worse than what a night of heavy drinking can do.

But sometimes, in the more creative leagues out there, fantasy football can have some more legitimate repercussions. For one Dallas brofessional whose team finished last in his fantasy football league, league rules stipulated that he was required to re-take the SAT. And so Brett Roggenkamp, 27, did just that.

And he did pretty damn well, too. Better than he did when he originally took it about a decade go, in fact. Roggenkamp received a 720 in critical reading, as well as 620s in both math and writing. This put him in the 96, 80 and 86 percentiles, respectively. 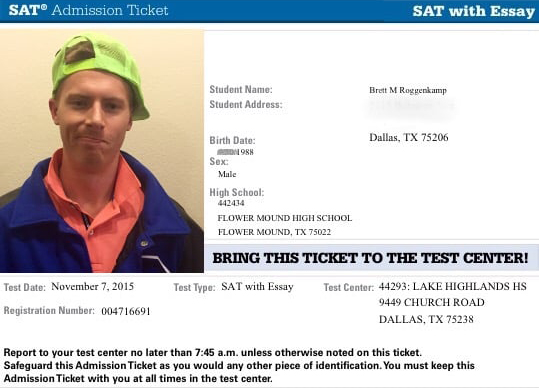 Funny thing is, Roggenkamp tells us he didn’t study this time around. And, in a blog post detailing this whole ordeal, he claims he woke up the morning of the test “slightly drunk from the night before.”

“It’s actually a lot easier than I remember it being,” he tells us, adding that he didn’t even bring along a calculator to the test. “There were some math questions that I had no idea how to do, but the reading comprehension is pretty straightforward.”

The whole thing obviously started out as a joke but Roggenkamp says he gave it his all, if only because screwing around on a test that takes five hours is a great way to bore yourself to death. So, even though his future wasn’t in the hands of the test like it was for the room of hormonal teens surrounding him, Roggenkamp dutifully exerted himself — except, he admits, on the essay portion.

Roggenkamp’s essay on the virtues of being well-informed is a nonsensical smorgasbord of teen talk, Tumblr liberalism and Fox News dysentery. He even went so far as to refer to the 16th president of the United States as “Abe R. Ham-Lincoln” in his writing. If the people grading it believed the essay was serious, they should be ashamed; somehow, they gave it a score of four, which mean it “demonstrated adequate mastery.” If graders were well are of the piece’s trollish spirit, then they should be ashamed of having given it a rating this low. 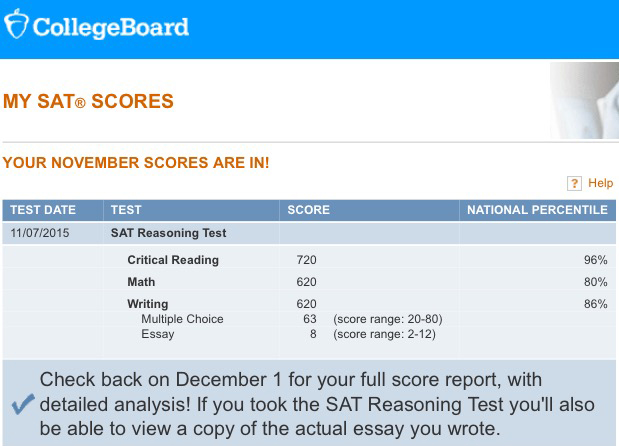 Roggenkamp, who was in corporate consulting for 4 and a half years, recently quit his job to create a psuedo-board game and app with his friends. It’s called Pen Island, and this is what he tells us it’s about: “It’s a hybrid drinking and party game. Played on a board with dice, each square is either a game that the group plays, a role that you have to take on or a task that you have to do. The object is to get to make it to the end of the game without going to the Pen Island, where all the squares involve embarrassing/ridiculous tasks that you have to do. There’s also going to be an app component, which serves as a rule book and creates topics, themes and ideas for certain squares.”

Doing something embarrassing or ridiculous after suffering a loss, huh? Is this a case of life imitating art or the other way around?