Cinthia Jaimes Wants You Take More Photos Of Yourself. 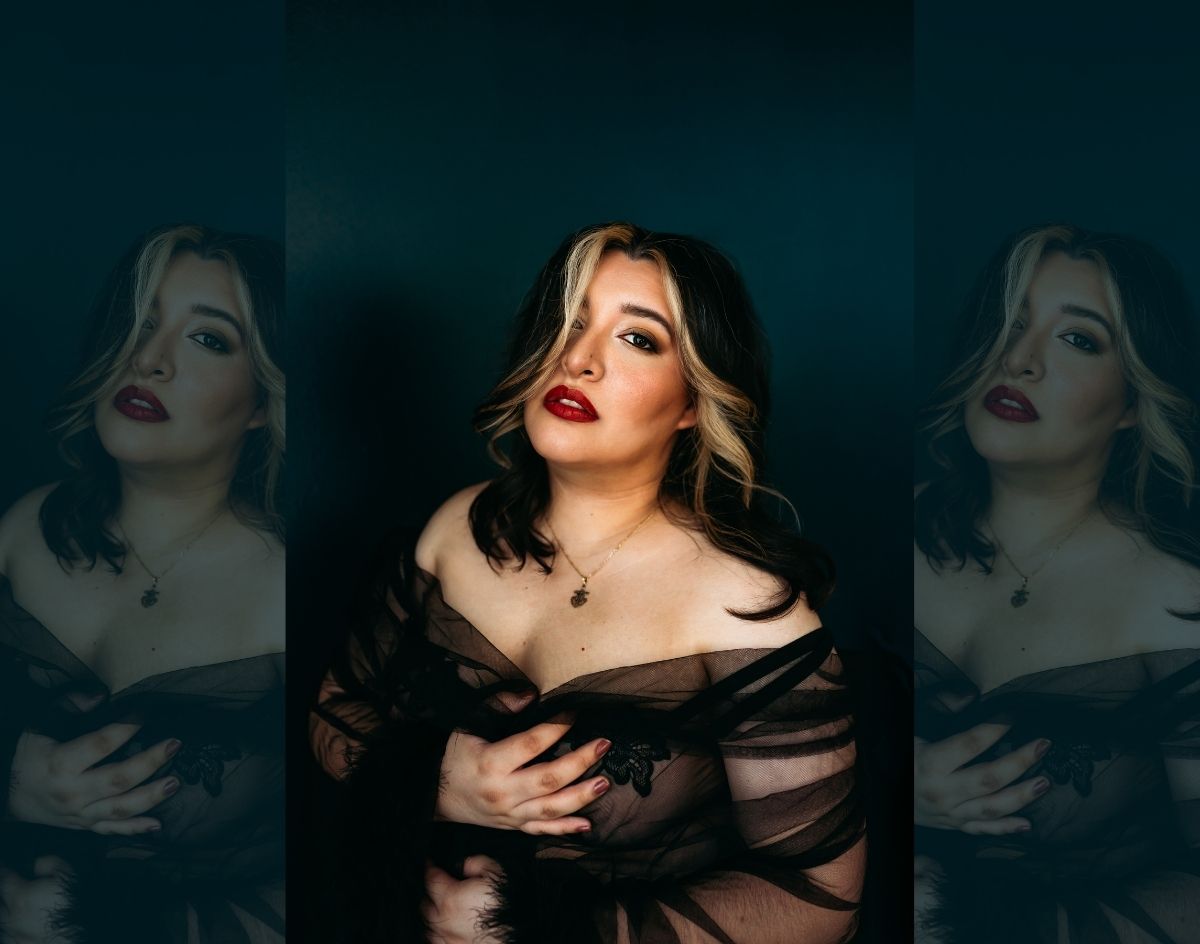 Meet The Oak Cliff Boudoir Photographer Who’s Using Her Small Business To Connect With The Community, Create Memories And Hype People Up.

For some, finding the mettle to strip down and embody confidence in front of a camera is one of the most daunting tasks that could ever exist. We live in an age with growing efforts of body positivity, though with a long history of ever-changing beauty standards and the implications of shame that stem from them, the concept of self-confidence is still a work in progress. It’s fanciful to think that we’ll ever reach a point where no one hates themselves.

But that doesn’t mean we shouldn’t make the effort to heal.

Meet a creator that is dedicating her blossoming career to promote self-love. Cinthia Jaimes is the photographer behind Cinphotos, which operates out of a private studio in Oak Cliff and offers portrait and boudoir photography. 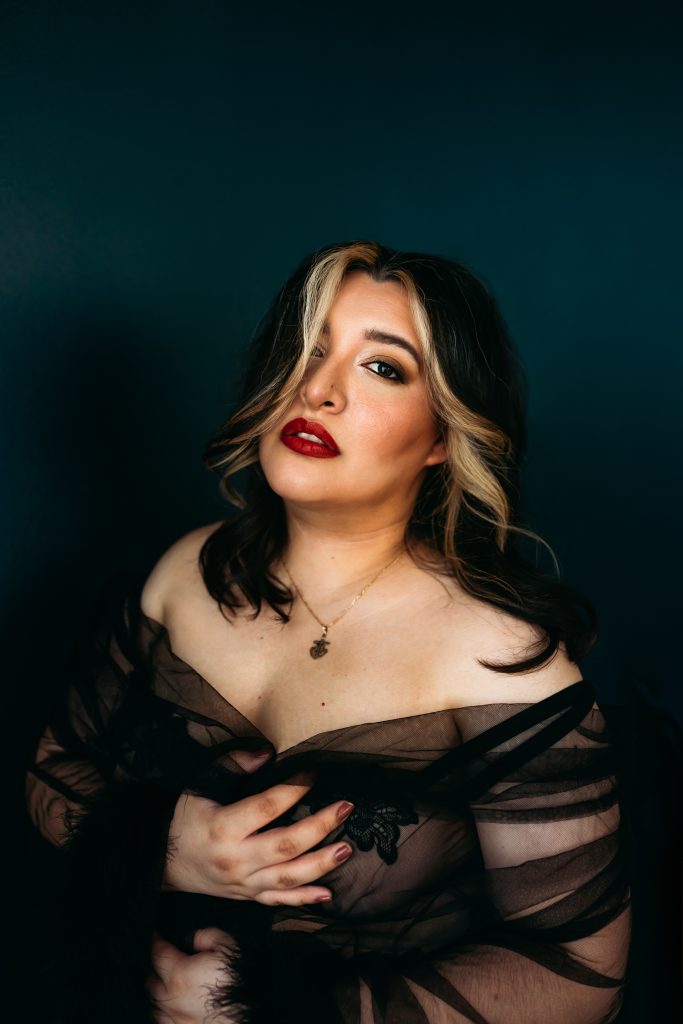 Jaimes got her degree in photojournalism and has been photographing for about seven, though she says the past three to four was when she really found her voice as an artist. She started focusing on portraiture and boudoir soon after realizing her major wasn’t meant to be — a discovery that is not unique to post-graduates. Her last big photojournalism gig was covering the 2016 Black Lives Matters Dallas protests. That experience weighed heavy on her and highlighted how sensationalized traumatic events are.

“I had this internal reflection and realized that I’m a little bit too sensitive of a person to thrive in that kind of field,” Jaimes says. “Friends knew that I had a camera, so they started asking me to take portraits of them and I realized how important it was to document our own lives. We have an abundance of documentation for everything else in the world, but we often forget to do it for ourselves.”

It prompted a new passion — to help people honor themselves. After deliberation, she quit her job as a photographer at a marketing agency and within a month of announcing the business, it unexpectedly blew up. She soon secured her dream studio in her own neighborhood.

“I had an overwhelming support from my community,” Jaimes says, “It was always a dream for me to have my studio here in Oak Cliff. The neighborhood is quickly changing and it was important for me to show that the folks in from the community can still thrive in the community.” 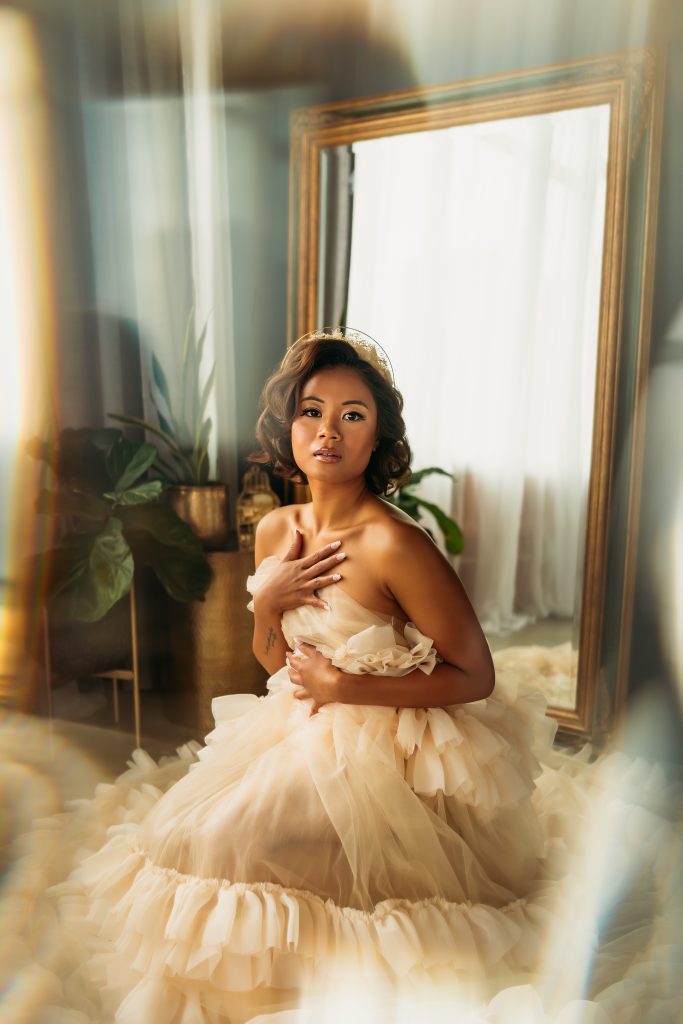 The road to her dream studio was not an easy one. Aside from the absolute grind of taking a risk and building up your own business, the subject of self-love is a touchy one. And despite Jaimes’ business model revolving around the concept of self-love, it hasn’t come easy to her at first. At the start of Cinphotos, she was in the process of building herself back up after overcoming a depressive season.

“I was going through a self-healing journey which ended up overflowing into my work,” Jaimes says, “I had gained a lot of weight due to my depression, and was really trying to learn how to navigate accepting my new body.”

As she started to learn how to be kinder to herself, she realized positive self-talk was a new language to some of her clients. It’s become imperative that she uses her service as a means to help others feel good and act as a facilitator for their own self-healing journeys.

It’s been a year of working out of the studio, and she plans to stay there for at least one more year. And as for after that? She’s taking baby steps, but has big dreams.

“I accomplished so many of [my dreams] last year and I am in a chapter of my life where I don’t know what’s next,” Jaimes says, “And I get to decide what’s next.”

With a heart set on taking on an educator role, Jaimes hopes to expand her work into workshopping and connecting with her community. She’s beginning that process already, having hosted workshops for small groups and starting a YouTube channel and TikTok page. Eventually, she wants to move into a bigger studio that can accommodate a bigger class size and maybe even serve as some sort of community center. Her desire for connection reaches beyond photography — she speaks about ideas to host business and life coaches for fellow entrepreneurs and young students who’d like assistance navigating post-high school options.

Jaimes subscribes to the belief that we shouldn’t have to wait until we deem ourselves worthy to start taking photos — whether that be waiting to lose a certain amount of weight or waiting to be happier — because we can never get our time back and our future selves will be grateful for proof of our lived experiences. 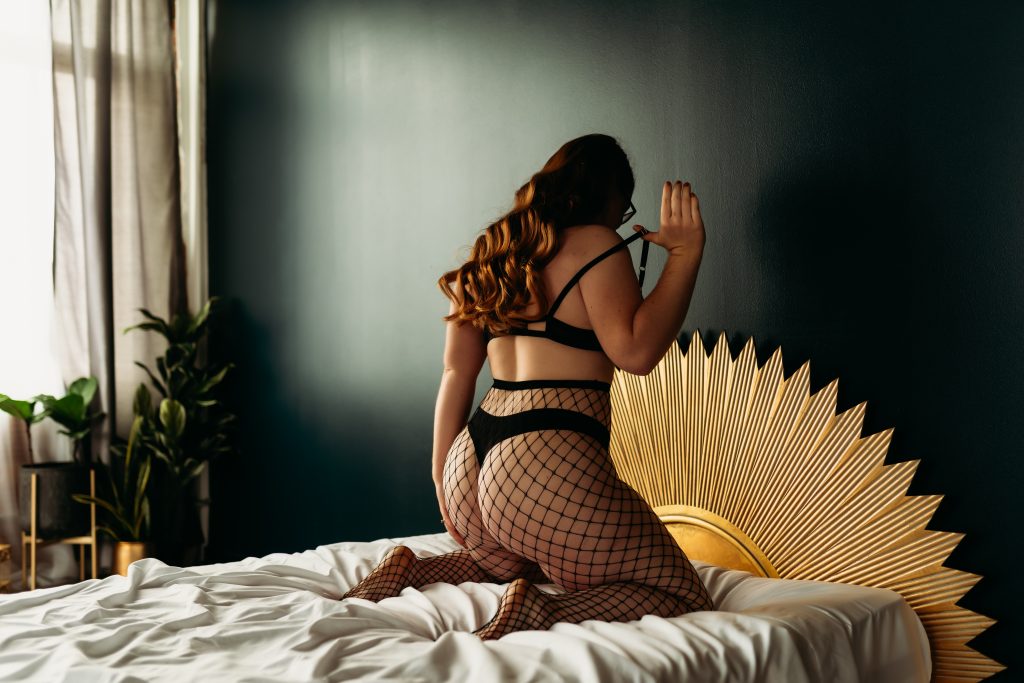 “I would love to see more people take more photos of themselves. Not even with me, not even necessarily professionally. Just up in front of the camera and show up for themselves.  if you look back at yourself, when you were younger, and when you thought you were a piece of shit then and you look at yourself with your with all the knowledge that you’ve got. Now, you realize that you weren’t.”

All photos courtesy of Jaimes.