Catch A Hella Cool DJ Set Around DFW Every Day Of The Week. 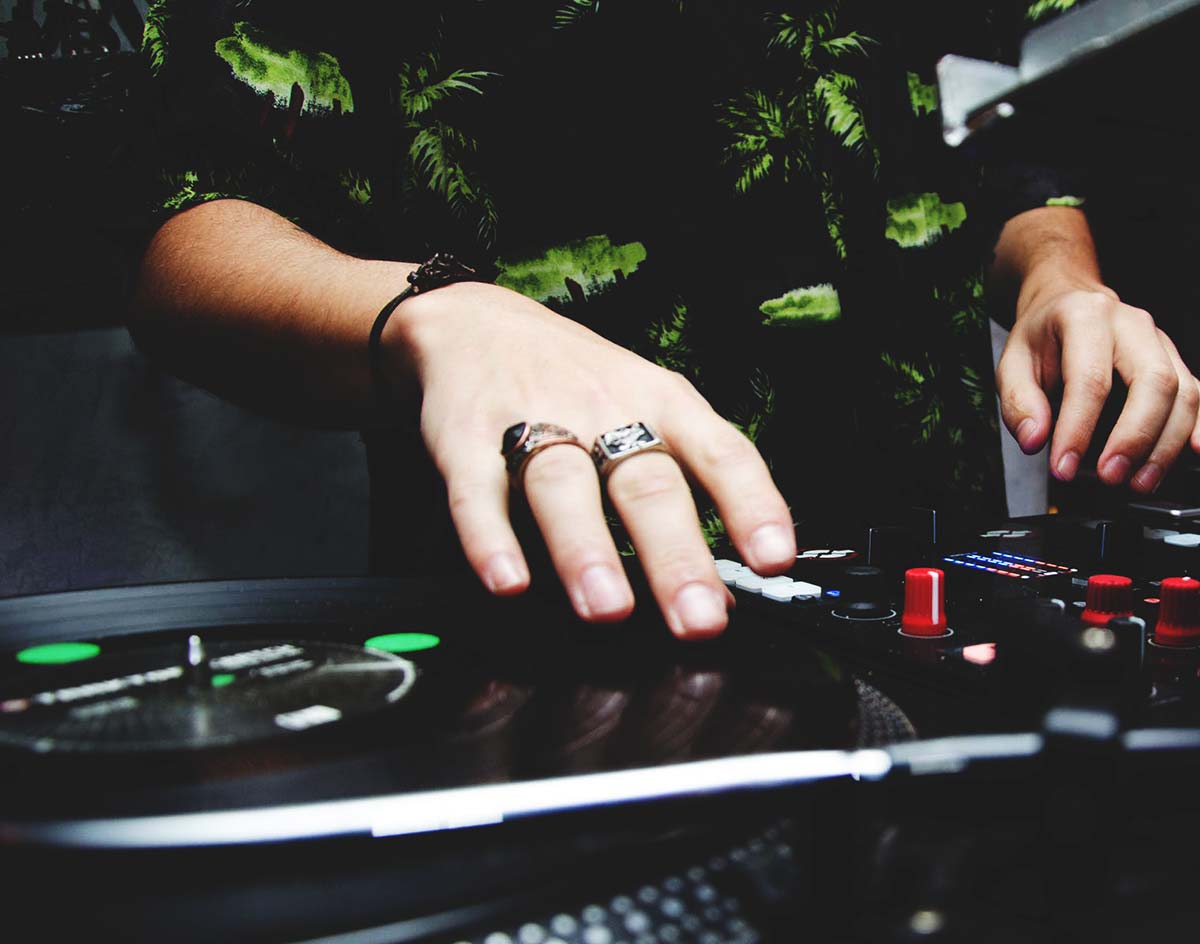 From Punk Favorites To Deep House Cuts, Party With Some Of The Most Prominent And Up-And-Coming DFW DJs Every Single Damn Day.

We’ve noticed a good amount of DJ sets making rounds all over the metroplex and we’ve seen how wild they can get.

We though we’d make you a little calendar of some badass DJ nights to pull up to that will match your jam needs. DJs don’t always have to play House music or the latest Top 100 tracks. Sometimes, these curators will put you on new music and genres you’ll eventually fall in love with.

Dance the night away with a drink in your hand. If you miss a day, there’s always next week!

Meet Me Underground at Curfew Bar.

Curated by offparole and boyblk, Fort Worth’s weekly dance party at Curfew Bar is “for House lovers by House lovers.” Some of the best local DJs like C.B. Smooth, Rami, Harcrow and IAMYU perform here frequently in front laser strobe lights and of a giant screen that plays anime. Come get wild near Sundance Square … on a Monday night.

Kmor at Off The Record — Every third Thursday of the month.

DJ Kmor just announced he’ll be taking over Off The Record every third Thursday of the month with friends to play eccentric house music all night.

The KiKi at Wits End.

Every Tuesday catch a dance break with the DJ duo Natural Hiiigh and Dezi 5. If you like funk, hip hop and R&B blends like Usher, Diddy, Kaytranada and Jazmine Sullivan, this night’s for you. Also, we love female DJs!

Barf Wave’s Wednesday night DJ sets are back! Featured artists, some you’ve seen perform with local punk bands, come and spin their favorite vinyls. Through the night you’ll hear a string of bangers from a variety of different spinners — from punk, disco and heavy metal.

Desafio at Cheapsteaks — every second and fourth Thursday of the month.

Lo que te mueve! Or, “what moves you.” DJ Eternos and DJ Alaska’s Desafio parties found a home at Cheapsteaks, heck yeah. Get all the Latin vibes with cumbia and perreo jams.

DJ Beat Rat at Single Wide — every third Thursday of the month.

Alex Mireles, drummer of the flower punk band Sub-Sahara, says you can “now catch these hands” every third Thursday of the month at Single Wide. We recommend you do. Throw hands back or get him a drink. He’ll be spinning whatever the fuck he wants according to that month. Expect pop, hip hop, rap and Latin hits though … for now.

Speaking of C.B. Smooth, if you missed him Monday night in Fort Worth, no worries. The co-founder of House of Frequencies and resident DJ at Meet Me Underground can also be found at Milli every Thursday night with the disco and deep house jams.

House of Stello at Palms

Catch your girl Rizkilla at her new weekly residency at this Dallas cocktail bar! She’ll be playing house, hip hop, afrobeats and Latin all night.

From deep house to afro-Latin, local music curators are now spinning every Friday night at the Deep Ellum cocktail bar and kitchen. A full schedule of the curators will be announced by local talent agency Chasquis Group every month so you plan on when you pop in. Or go every Friday — fuck it, it’s free and they have good, premier Latin plant-based food.

Emo Nite at Southside Ballroom — Every first Friday of the month.

Every emo kid at heart in Dallas shows up to Emo Nite every first Friday of the month! If you haven’t quite left your emo phase — we can tell if you haven’t (we haven’t) — you must pull up to Third String Entertainment’s Emo Nite. Scream the lyrics to your favorite early 2000s emo and pop-punk songs. Relive your teenage angsty years!

Ghouls Night Out at Sunshine Bar — every third Friday of the month.

DJ Blake Ward, founder of Disco, TX, host this ballroom-inspired party with fetish and Club Kid vibes every Friday night in Deep Ellum. He’s not doing alone though. He brings special guest DJs and performers who vogue and dance all night. The dress code is loud.

Spinster Records’ very own Kate Siamro and David Grover spin at his iconic downtown space every Saturday. Grab drinks by City Hall Bistro and then do downstairs to the now opened The Rodeo Bar.

Fortuna at Ruins — Every third Saturday of the month.

The Limbo Room at Ruins plays all Latin music all night, babyyyyy. Hosted by Karsalad, Sordelo and Lili Xitlalic. (You can also catch them at Meet Me Underground on Monday’s.)

The Church at It’ll Do Club.

The home for all things goth-industrial and dark house since 1994. Very ironic and that’s why we love it. Dress up and get freaky.

We don’t mean to bombard you with C.B. Smoove, but this dude is always around doing cool shit. See him with IAMYU in Oak Cliff if you love him the first time and need another dose of him.

DJ Beat Rat and Charli Milk at Thunderbird Station — every third Sunday of the month.

The Sub-Sahara boy will be spinning new and old school post-punk, goth, new wave and darkwave music from all over the world. Hang out with them outside of their flower punk shows. #NAWFDALLAS

DJ Kmor at The Freeman Dallas — every last Sunday

DJ Kmor will be back in Deep Ellum spinning for his Afro/Caribbean nights. Danceall, Afrobeats and Amapiano. Pull up!