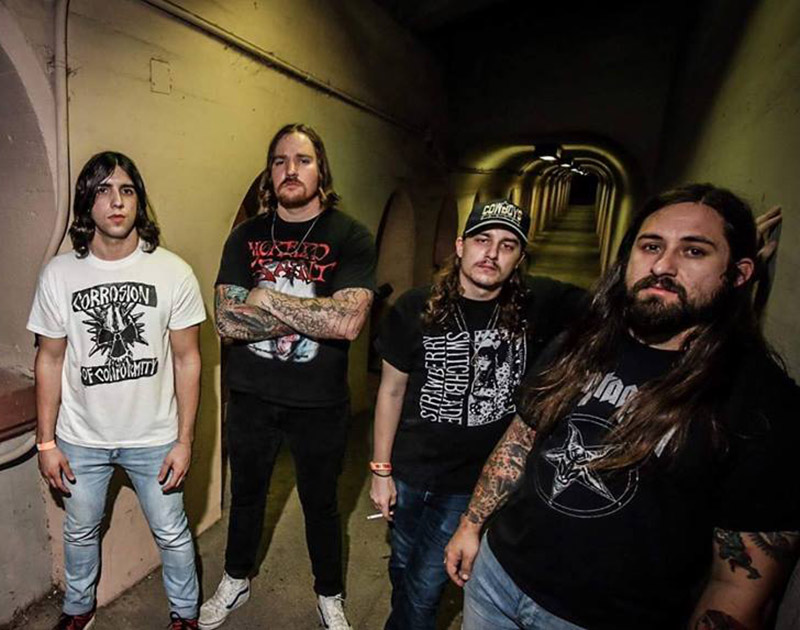 Gorilla Vs. Bear’s founder Chris Cantalini has teamed up with Fat Possum Records’ House Arrest Distribution and launched a new record label, Luminelle Recordings, Billboard reported this morning. As A&R of the label, Cantalini named Canadian singer Helena Deland the label’s first signee. Cantalini called the move “a natural extension of the vision I’ve always tried to uphold with Gorilla Vs. Bear” and the label will operate independently from the influential music site. Luminelle is a combination of the word luminous and Cantalini’s daughter’s name.

Luminelle is a combination of words you get when you want to be presentable and thoughtful. On the other hand… some combinations of words aren’t so PG. This brings us to The AV Club’s annual The Year in Band Names column. So far we’ve seen a couple North Texas bands included like metal band Tyrannosorceress, who earned a nod. Take a look through the hilarious list to see if you catch any other local favorites.

While the year-end lists continue to trickle in, more and more North Texas acts are being showered with praise and that only adds to St. Vincent’s triumphant 2017. Annie Clark’s Masseduction has racked up Top 10 placements for Album of the Year lists by 18 different publications, including The New York Times, The A.V. Club, Entertainment Weekly, Fuse, Consequence of Sound, Uproxx, Noisey and more. And unsuprisingly Cardi B’s “Bodak Yellow” has been earning lots of Song of the Year nods and that bodes well for the Mesquite-residing producer J. White. Head over to see an aggregate of the incoming year-end lists.

Fresh off winning Loudwire’s Metal Song of the Year Power Trip is racking up placements, too but it was a placement on Fox News that got the thrash outfit heated last week. After “Executioner’s Tax” was played twice on Fox News’ The Five and word got back to the band they tweeted the following:

let’s get something straight: we wouldn’t be happy about being played on any major “news” network, but most especially Fox.

if you don’t like our stances, don’t support our band. it doesn’t make a single difference to us. we play on and you can’t stop us.

ultimately this band is about equality for anyone who’s been marginalized by the system – Fox News thrives on that schism. we don’t relate.

Vocalist Riley Gale also made this statement to Noisey: “I’ll say this: I would gladly go on air and explain the irony of that song being played, because it’s literally an allegory for taking the blue pill and buying into the big lie so that you can be more comfortable when the executioner comes for your head—and if it’s not you now, it will be.”

In a more formal interview, Post Malone is the latest artist to be featured by the Nardwuar Human Serviette. While the Los Angeles-residing artist, formerly of Grapevine, didn’t say anything to further put his foot in his mouth as he’s done over the past few weeks, there were a couple great shouts to Big Tuck and Dallas’ hip-hop mover-and shaker Bric Mason by Nardwuar.

Post Malone has a new album on the horizon titled Beerbongs & Bentleys but a release date hasn’t been confirmed. Country star Kacey Musgraves announced today that she has an album of her own on the way titled Golden Hour, which proves 2018 will be a big year for the artist as she also has tours planned with Harry Styles and Little Big Town. Read about the details of the new album here.

While touring in support of her last album Pageant Material, it seems that Musgraves was a big inspiration to the new Vampire Weekend album that will be out in 2018. Frontman Ezra Koenig told Entertainment Weekly that when he went to see Musgraves at the Greek Theater in LA in 2016, the clarity of her vocals and storytelling over the music inspired the band’s direction of LP4.

We’re not sure who inspired this but Will Johnson of Centro-Matic has a new project underway with Peter Kinkel-Schuster called Marie/Lepanto. The duo premiered its first song on NoDepression last week. The album will be released January 26 and is titled Tenkiller.

To close out this week’s column we’ll leave you with a new release by psychedelic rock band Slim Lemon.