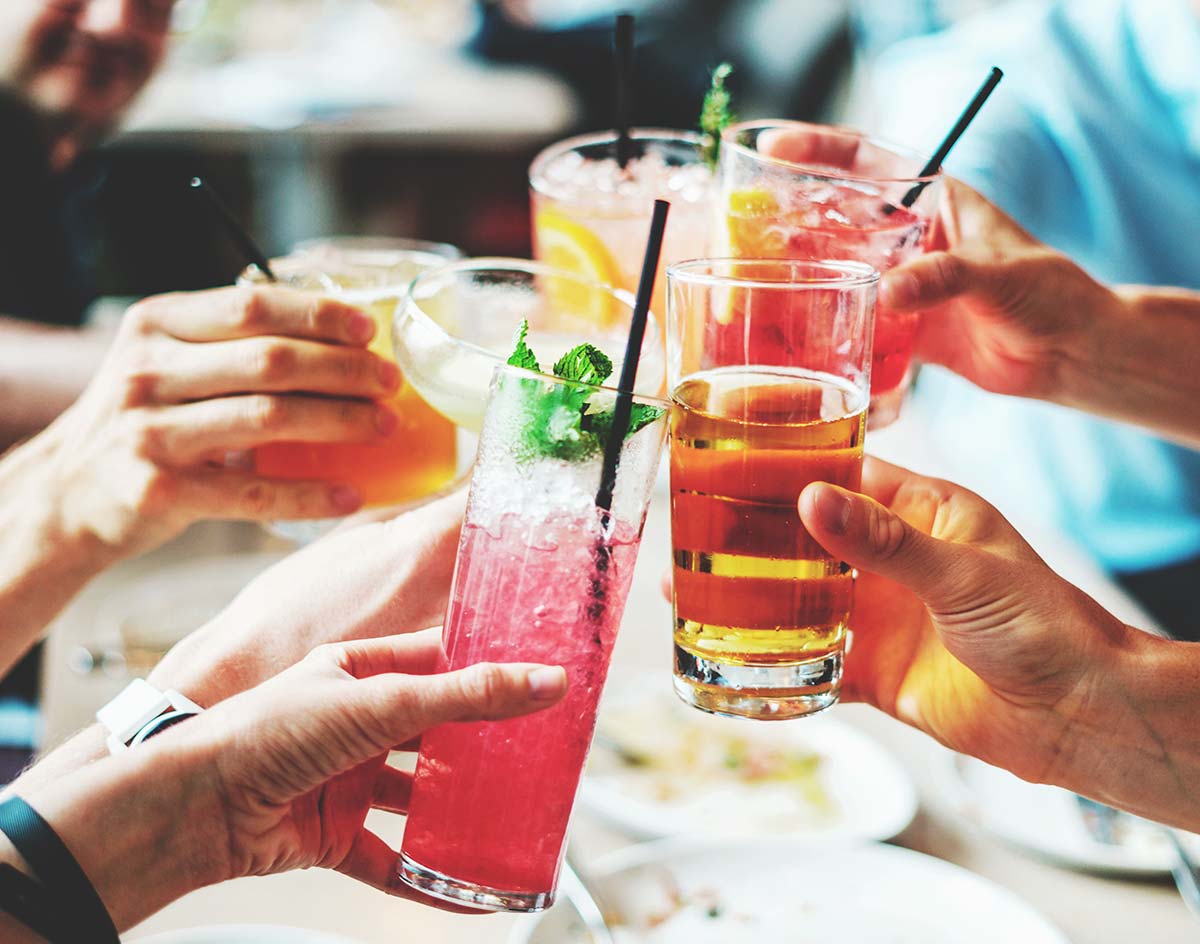 From The Latest Arcade Bar To Enter The Fray To The Freshest Craft Cocktail Joints Around, These New Dallas Watering Holes Should Already Be On Your Radar.

We know good and well at this point that Dallasites enjoy themselves a drink every now and then. Actually, that might be an understatement: In 2017, an average of $65 million was spent on booze in Dallas bars, restaurants, clubs, venues and hotels per month.

So, yeah, it’s big business. And, in turn, it’s no shocker that new spots pop up on the regular, aiming to get their own slice of this bountiful pie.

It can, however, be tough to keep tab on all these latest entries into the scene. Fortunately, we have your back in that regard.

Here, we’ll run down seven of the hottest new drinking spots around town. And, for one reason or another, we can confidently say that each of these new bars is worth your consideration. How so? Well, let’s explain.

This Deep Ellum spot once known as The Pharmacy was forced to re-brand after a lawsuit with the State of Texas took issue with its using the term “pharmacy” in its name. Seems only spots that are legally allowed to dole out prescriptions are allowed to use that term as part of their business. Instead just changing its name, though, this Elm Street spot changed up its whole vibe. As its name implies, Select Start boasts a much more arcade-oriented vibe. Still around are the boozy milkshake cocktails that served as The Pharmacy’s bread and butter; now, you’ll just have to make your way past the line of people waiting to play Galaga to order one. Oh, and like the nearby High & Tight, this spot serves vaporized alcohol, which might be a sham, but is worth trying at least once.

After the closing of Top Knot, the bar and restaurant initially situated above the Uptown sushi restaurant Uchi, its home was renovated and re-concepted as the more on-brand Uchiba. Still a fewer-frills version of the downstairs Japanese restaurant, this part-sushi bar, part-cocktail lounge is now specifically designed to accommodate the happy hour and pre-dinner crowds rather than compete with dinner rush below. “We’ve noticed how our guests love to meet at the bar at Uchi, have drinks and share a few small dishes,” owner Tyson Cole explained to Eater on the occasion of the format switch. That sums up Uchiba well; it’s like Uchi, but without the formalities, and with fewer people hovering behind you as they await being seated at their tables.

Another new spot with a heavy emphasis on competition, Scout is located on the first floor of the back-in-business Downtown Dallas hotel The Statler. A cavernous, open concept room, Scout’s rectangular bar is surrounded by ping pong, foosball and billiards tables, as well as an inviting dance floor and a even a couple full-sized bowling lanes up over against its back wall. Come to win, or head to one of the other killer new Statler joints.

This concept in the newly opened Statler requires an elevator ride all the way up to the 19th floor. But the rooftop bar is worth. Just past the well-stocked bar, this spot turns into an open-air concept armed with some cozy booths and a gorgeous infinity pool overlooking one of the best views that exists of the Dallas skyline. It helps, of course, that it’s kind of in the skyline. In other words: It doesn’t matter whether you come here during the daytime or after dark, you’re probably going to be posting to Instagram while you sip on your drink.

The third jewel in The Statler’s crown is its basement speakeasy, which, while physically lower than its counterparts, is the highest-brow offering in this Mad Men-styled hotel‘s portfolio. Here, you’re drinking to impress, encouraged along the way by a bar staff that expects your orders to be a little more adventurous. Though less intimidating than other similar concepts found around the Downtown Dallas hotel bar landscape, you should still take your Jack & Coke orders elsewhere and let those capable hands behind the bar guide your way.

Though she may be little, this intimate pan-Asian inspired lounge on Hall Street is fierce. One of the newer offerings from This & That, Alice boasts a flirty energy; she’s classic but eccentric, sophisticated enough for a chandelier but trashy enough for a disco ball. Head here with friends, or maybe even a date: A  share small plates and sample the drink menu’s quirky deviations from traditional cocktails, then lose yourself in conversation.

Finished with brunch but not done drinking? Come see us at 2pm for post-brunch drink and film fest hang outs.

Another small wonder from This & That, this Oak Cliff cocktail joint is small in size, but largely appealing. Only 40 people can fit inside the space at a time — a few more can fit on the patio — but the cocktail list more than makes up for an inadequacies with big flavors. Thanks 15-year service industry and bar veteran Ryan Payne for that. He’s in charge of running this joint, and he’s coached up his team on a cocktail menu that tackles your usual cocktail bar fare alongside what Payne considers “future classics,” such as the mezcal-based, smokey refresher called Mezcaling. But this place pays homage to Dallas’ mixology past, too. The menu boasts a few nods to some familiar offerings from the late, great Victor Tango, where Payne used to work once upon a time.

Celebrating National Rosé Day with us tomorrow will not be a pour decision! Enjoy half off bottles of Vine Huggers Rosé all day long! 🎀💕🌸

Long a favored spot up in Plano, this pizzeria — one of a handful of newer pie joints you need to check out — is perhaps more famous for its on-tap wine offerings as it is for its food. This recently opened Uptown Dallas location in Crescent Court is proof of that, what with its 40 or so wine varieties served from taps behind the bar. Here, the food pairs more with the wine than the other way around.