Can This Billboard Design Lure LeBron James To Dallas? 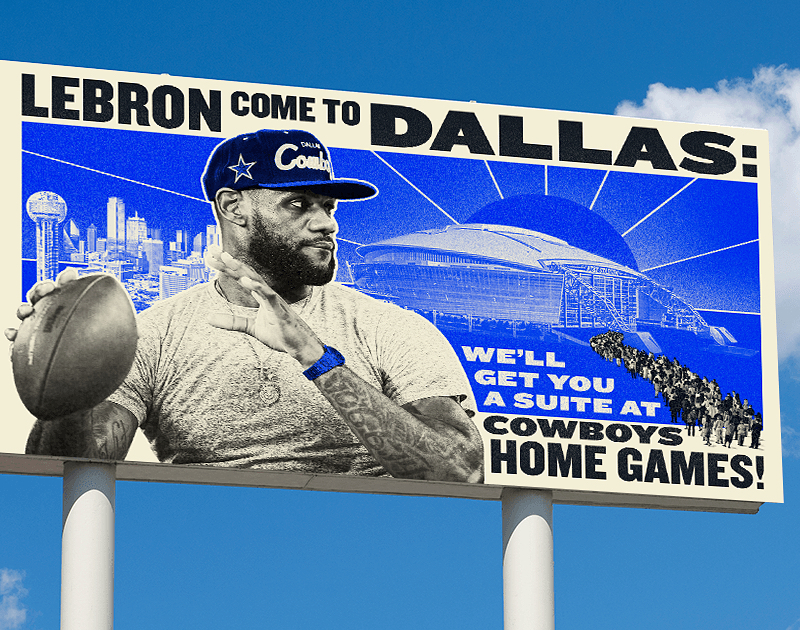 ESPN Tapped A Dallas Graphic Designer To Visualize What A Billboard Trying To Recruit LeBron James To The Dallas Mavericks Might Looks Like.

The NBA free agency market officially gets underway on July 1 and, once again, the big fish out there to be reeled in is perhaps the all-time biggest fish: LeBron James.

Where the best player in the game is going to wind up — should he make his anticipated exit from the Cleveland Cavaliers, anyway — is anyone’s guess, though. Still, a few frontrunners are already jockeying for position, even if our beloved Dallas Mavericks are, uh, not in that list, buddy.

SEE ALSO: IS LEBRON JAMES BUYING A HOUSE IN DALLAS? // Reports Say LeBron James Is Looking At A Buying A Massive Preston Hollow Mansion. But What Does This Mean For The Dallas Mavericks?

But, hey, that won’t stop us — or the fans of every other NBA team — from dreaming about the GOAT wearing our team’s laundry next season. Hence this neat ESPN feature that tapped graphic designers from every NBA city to dream up fantasy billboards to lure James to their respective teams. Here in Dallas, the Worldwide Leader in Sports leaned on the Dallas-based illustrator and designer John Mata to play on Bron-Bron’s widely known obsession with the Dallas Cowboys.

I did my part to try and court (see what I did there) LeBron to Dallas. I was one of 30 artists representing 30 NBA teams chosen by @espn See all the billboards, by all the talented artists by visiting the ESPN link in my bio. Thank you to AD @tipnottiff for the opportunity #espn #lebron #dallas #cowboys #mavericks #dallasmavericks #design #nba #graphicdesign #nbafreeagency

Turns out, though, the football angle wasn’t Mata’s only pitch. The designer tells us he initially wanted to go with a State Fair of Texas-themed design, but that idea went down in flames his editors at ESPN decided that folks outside of the area wouldn’t be hip to the humor.

“I wanted to use of LeBron as Big Tex but it got shot down,” Mata says. “They said people from outside Dallas don’t know who Big Tex is.”

No, they really have no idea.

Mata was cool enough to pass along his LeBron-As-Big-Tex concept over for us to share with our readers, though. Here’s an exclusive look at that design: 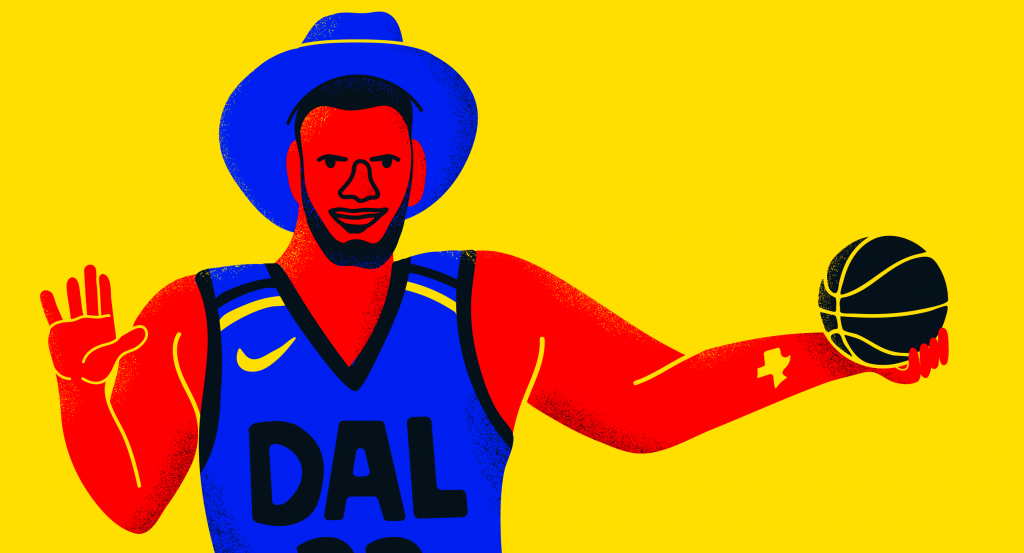 How ’bout that cowboy, eh? Impressive stuff. But impressive enough to have The GOAT say “Howdy!” to Dallas? We’ll see.