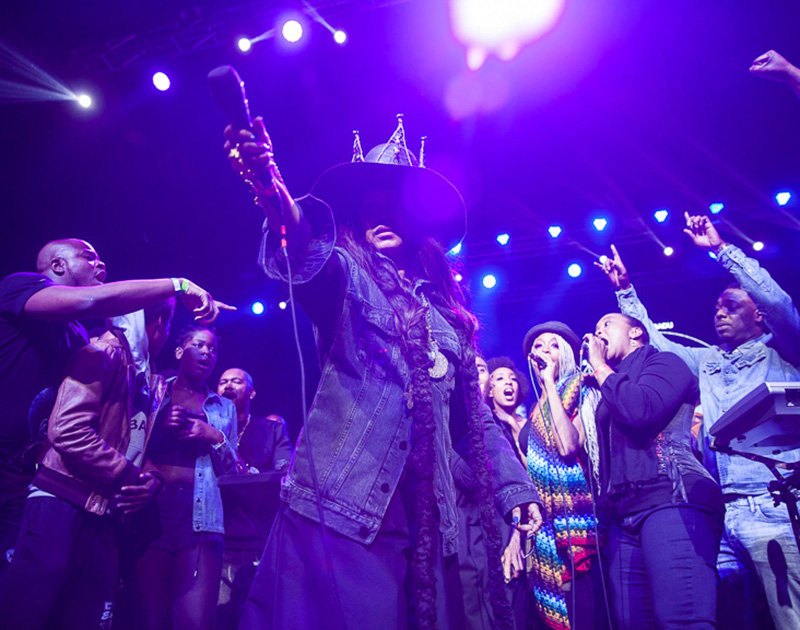 We’ve said it before and we’ll say it again: Erykah Badu isn’t just a Dallas treasure; she’s arguably Dallas’ greatest treasure. She’s had ample opportunity to leave town throughout the years, but she’s always staunchly stayed true to her Dallas roots, actively doing her part to better the city and shine a spotlight upon its many talented creatives. The influence she’s had on the city and upon those around her, as evidenced by this stellar recent profile on her by Zac Crain for D Magazine, is simply not to be discounted.

Badu, in no uncertain terms, is Dallas royalty. And, as is now annual tradition, she holds court at the Bomb Factory each year as he hosts a birthday celebration, during which she calls upon a number of her famous friends — both from in and out of the local market — to join in on the fun.

Last year, you many recall, that meant appearances from Andre 3000 and Freeway Rick Ross, along with a surprise performance of Radiohead’s “Creep” by Dave Chappelle and performances from a slew of locals.

So who will join Queen Badu in performing live on Sunday, February 26, at the Bomb Factory — an event for which there are rather inexplicably tickets still available — as she rings in her 46th rotation around the sun?

Well, after weeks of speculation we now know for sure who’ll be in attendance, offering up live sets before Bady herself takes the stage for a set backed by her live production crew The Cannabinoids — well, the openly announced people, anyway.

Again, these are just the announced guests. Given that this is, y’know, Badu, it’s possible — if not altogether likely — that others will be making surprise, unannounced appearances to pay their respects, too.