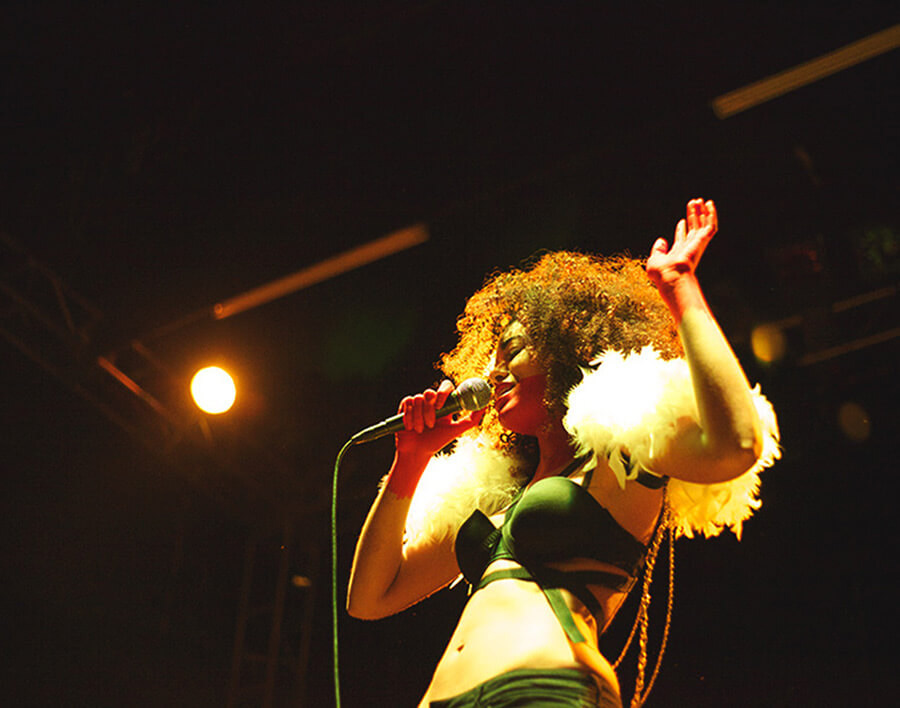 This Week, Sam Lao Showed Up Big Across The Spectrum.

For the sixth week in a row, a woman tops our North Texas music power rankings. But this time, following wins split among Kacey Musgraves, Maren Morris and Erykah Badu, it’s now Sam Lao’s turn to rock the crown.

Lao take the honors this week after topping our best Dallas-area albums of the year list, and after coming it a No. 3 on our top songs of the year countdown. The win also comes as the versatile performer is out on a quick tour around Texas.

Many of this week’s winners, in fact, charted because of strong finishes in year-end countdowns — including artists like rapper T.Y.E., country singer Maren Morris and country singer Paul Cauthen.

Cauthen, though, charts a little higher, thanks to the announcement that he’ll be performing at the Toyota Texas Music Revolution in March at Plano’s Oak Point Park & Amphitheater. Also appearing on this list thanks to getting booked to that deal are headliner Kacey Musgraves and support acts Zane Williams, The O’s, Eleven Hundred Springs and Vandoliers.

Some older names appear on the list for more mysterious reasons. Tripping Daisy, for one, has suddenly been active on its social channels, although there’s not yet word on why (but there will be very soon, we hear). And local man Dave Abbruzzese, the former Pearl Jam drummer, makes the list because no one’s quite certain why the Rock Hall isn’t including him in that band’s induction.

Other acts — like Ishi, Seryn, Raw Elementz, Toadies, Dezi 5 and Power Trip — are riding high thanks to big shows that just went down in the last seven days. And yet more — Bummer Vacation, Siamese and Dead Flowers — chart due to shows set to come in the next few days.

Elsewhere: Colton Carlyle’s Lights All Night footage of a marriage proposal gone wrong found the EDM producer dipping his toes into the viral video game; The Gorehounds are gearing up for a triumphant return; and Tony Schwa’s legendary Cool Out party is coming back for good. 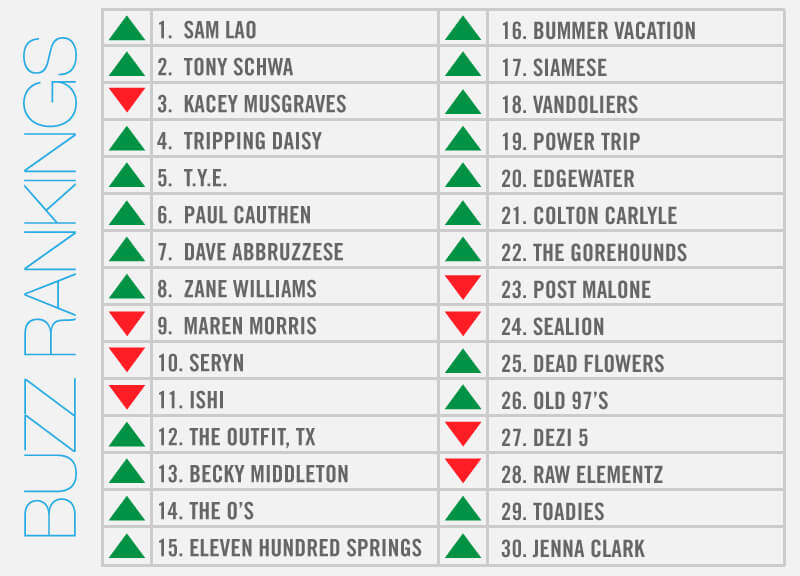