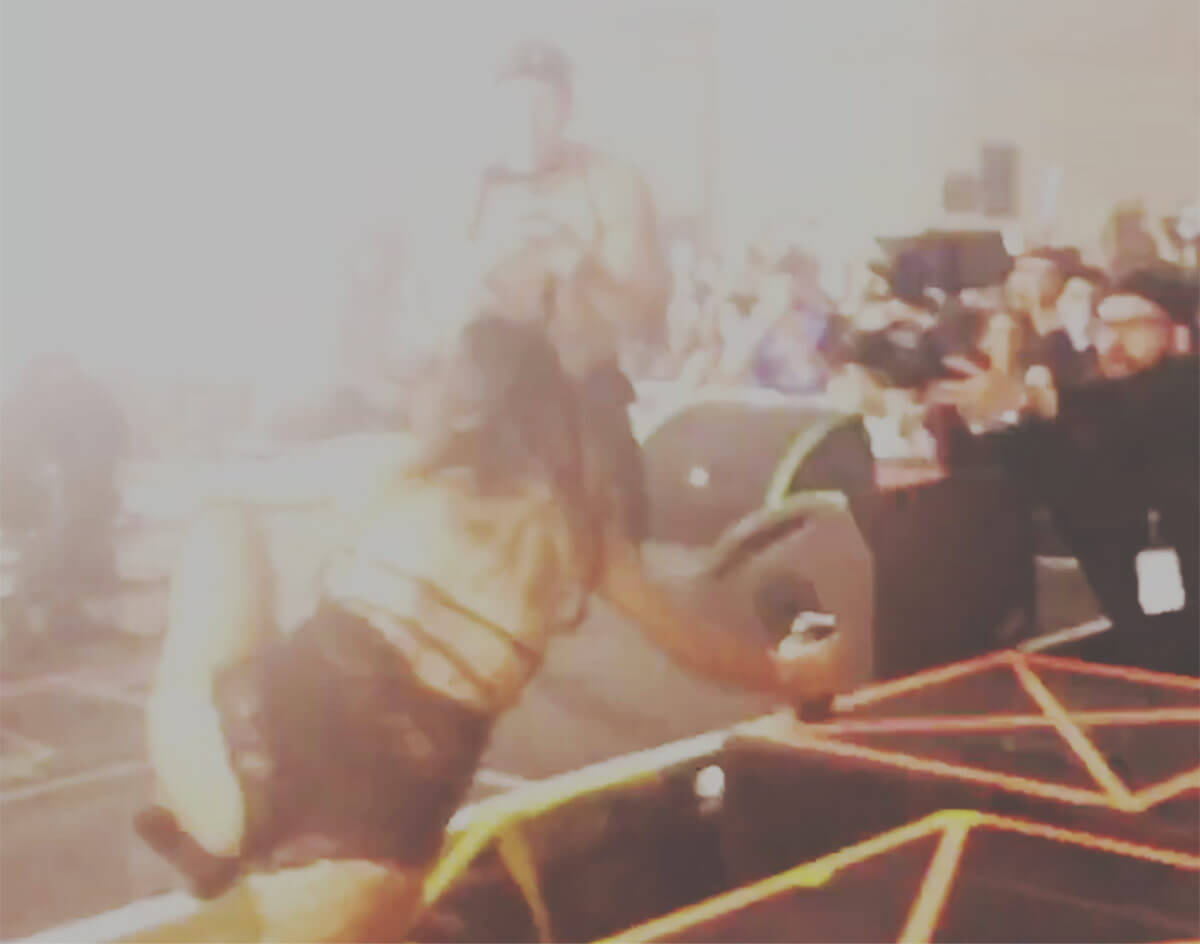 Watch As This Poor Girl Falls Off The Stage When Her Boyfriend Proposes To Her At Lights All Night.

If your Facebook feed is anything like mine, then it’s been wholly inundated with news of marriage engagements over these past few weeks.

But, sweet enough as that sort of news may be, none of those other life event notifications even approaches the greatness of this proposal that went down during Crizzly‘s set at the EDM-centric Lights All Night musical festival at Dallas Market Center this past Friday night.

Yeesh. Talk about a moment no woman could ever forget.

Fortunately, the would-be bride’s fall looks worse than it maybe was. Dallas EDM producer Colton Carlyle, who was standing side stage as the proposal went down and caught the above moment on camera, assures us that, just after he stopped filming, the young woman popped out of the hole in the stage to say yes to the proposal.

Seems only her ego got bruised — and maybe not even that. The story goes that these two met at Lights All Night a few years ago, hence the reasoning behind the boyfriend’s wanting to propose from the stage. So I guess you could say she fell for her boyfriend twice at Lights All Night, huh?

Thanks, I’ll be here all week.