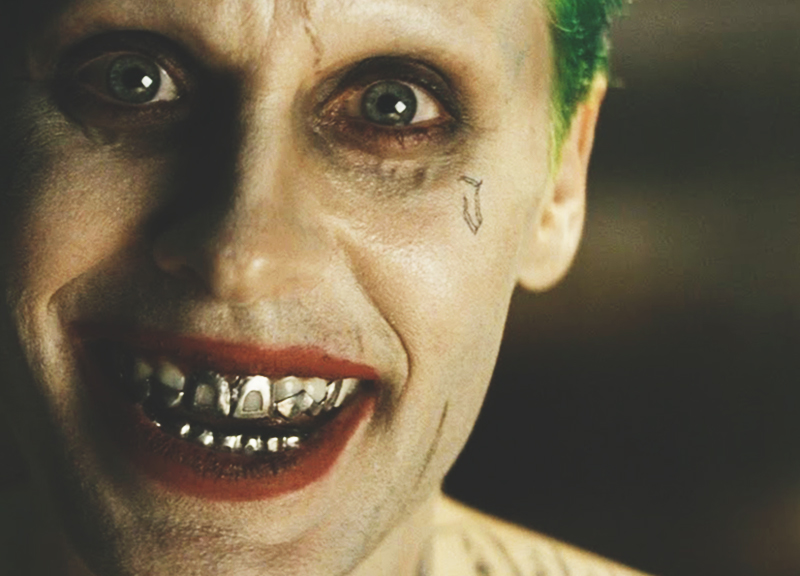 Our Film Critics Discuss The Summer Movies They’re Most Excited and Worried About.

Lo, another summer movie season is upon us — even if it doesn’t quite feel like it, since we’ve already had two huge blockbusters in theaters (Deadpool and Batman v Superman) and another (Captain America: Civil War) opening this weekend.

But, hey, there are still two more superhero showdowns on the way (X-Men: Apocalypse and Suicide Squad) along with giants (The BFGPopstar: Never Stop Never Stopping) and irritated fowl (The Angry Birds Movie). Even moreso than in past years, studios are operating on nostalgia this summer, hoping moviegoers will long to see something they’ve seen before — whether that’s a belated sequel (Independence Day: Resurgence and Finding Dory), a reboot (Ghostbusters) or a throwback to a style of movie they don’t make anymore (The Nice Guys).

So will there be any hidden gems among the smashy-smashy? Will any blockbusters actually remember to have fun? And, if there’s something strange in your multiplex, who are you gonna call? Our critics, we hope!

Here, our fearless film trio takes a look ahead at what’s coming to cinemas as the temperatures start to rise. — Kip Mooney

Kip Mooney: So, overall, what’s your most anticipated movie of the summer? Mine is The Nice Guys. This is the noir comedy from Shane Black, who wrote and directed Kiss Kiss Bang Bang. In my opinion, that’s one of the best movies of the ’00s, starring a pre-comeback Robert Downey, Jr. The Nice Guys is set in the ’70s and stars Russell Crowe and Ryan Gosling as two private detectives trying to find a missing woman. It’s pretty standard stuff, but Crowe and Gosling are underused as comedians, as both have great timing. And Black has a razor-sharp wit — as evidenced by his scripts for Lethal Weapon and the underrated The Long Kiss Goodnight. If the mystery is as engaging and the banter as hilarious as Black’s past work, then this will be one of my favorites not just of this year.

Javier Fuentes: Can I be completely honest? This summer season feels the least summer-y of recent summer seasons to me. We just had two big “event” movies with Batman v Superman and Captain America: Civil War. Where else do you go from there? If anything, with January being an unofficial horror month, this summer feels like it’s more about the smaller movies. But there’s one big movie’s that got my attention: Teenage Mutant Ninja Turtles: Out of the Shadows. I say this because, going off the trailers exclusively, it looks like the live-action Ninja Turtles movie that the ’90s couldn’t give us. The first one was too boring, but now we’ve got Krang, Bebop and Rocksteady, and THE FREAKING TECHNODROME!!! Even if it’s a ridiculously CGI-filled mess, at least it’ll have all of these classic elements. And speaking of CGI, is anyone else mildly intrigued about Independence Day: Resurgence? It could have potential, but everything about the trailers feels like it’s screaming: “Just like the original — but more XTREME!” What do y’all think?

Angela Jones: I hate to say it, but Independence Day is probably going to be awful. I feel like they’re going to try and make this one all dark and gritty — y’know, because that’s what we do with movies nowadays — whereas the first movie had some fun and silly aspects to it. And Kip: Ugh, Russell Crowe. Really?!?! The BFG at least looks like it could be fun, and a part of me is really excited for Popstar: Never Stop Stopping. But I agree: This summer seems rather mild in terms of the typical big blockbuster popcorn movies. I am curious about Ghostbusters, though. I like Paul Feig as a director, and all those ladies are quite funny. I’m sure that will be the think-piece movie of the year. And seeing Justin Lin’s take on Star Trek will be interesting too. I’m not sure it will make as much money as its predecessors — but maybe we’re in for some space-drifting! Oh, and don’t forget that the summer does end with Suicide Squad, which I’m most excited about.

Kip: I think you’re right, Ang: Blockbusters from 20 years ago — like Independence Day, Twister and The Phantom — weren’t ashamed of their silly sides. I miss that a lot. That’s what makes Suicide Squad such a big question mark from me. It looks like a wink on the far-too-dark DC universe. But if they try to make it too quippy, it’s just going to be a drag. But there must be something special there for Will Smith to be part of its ensemble, right? Keep in mind that he chose that over returning as the lead for the Independence Day sequel. I’m even less convinced about a Ghostbusters reboot, though. The original movie holds zero cultural cachet for me, so that’s not it. And I’ll concede that they’ve assembled a talented team of comediennes and that Paul Feig has made some great comedies as of late — especially last year’s underrated Spy. I just worry that all the good jokes will get lost in a sea of CGI. With all of the great things these amazing ladies could be doing, this is what we’re getting? My hope is that it’s extremely successful and allows them to make whatever they want. But if I’m dreading anything this summer, it’s definitely Alice Through the Looking Glass. You want to talk about a movie getting lost in a sea of CGI? Tim Burton’s 2010 Alice In Wonderland monstrosity is one of the worst movies to ever make more than a billion dollars. James Bobin, who directed Muppets Most Wanted and most episodes of Flight of the Conchords takes over here, and it still looks just as garish. Is there anything you’re dreading accidentally being dragged to or being assigned to review?

Angela: Well, there’s another Ice Age movie coming out. Not sure which one this is. 4th? 5th? 13th? These movies make so much money, but I haven’t seen one since the original. I get studios making movies for families, and maybe it will be fine, but I’ll pass. Also, I agree with Alice Through the Looking Glass. I was never interested in the first — and there’s now a sequel? Nope. I’m also completing passing on Ninja Turtles. Sorry, Javi, but I heard the first was awful, and seeing a sequel to something that was awful doesn’t sound good to me.

Javier: I’m honestly dreading all of the big animated movies coming up in the summer. I’ll only mention The Angry Birds Movie in passing (screw Josh Gad; he’s burned all of his good will, IMO). Beyond that, The Secret Life of Pets‘ entire premise is talking pets, which we’ve never seen before ever! (Giant eye roll.) And I too wish the Ice Age movies would go extinct. Then there’s Finding Dory, which just looks to be another callback and reference-heavy dilution of the original. It’s kind of a bummer really. But, c’mon, Ang! The last Ninja Turtles movie wasn’t bad! It was just dreadfully boring. I think this new one will be better. I have higher hopes for it than I do Suicide Squad. The DC characters have always been cooler to me, but between Man of Steel and Batman v Superman, I’m worried. What Will Smith will bring to the table as Deadshot/Floyd Lawton? Will Joker and Harley to steal the show? Is anyone a Jared Leto fan?

Angela: Finding Dorymight not be as bad as you think. The sequels to Toy Story were pretty great. They were nice callbacks to the original but could still stand on their own. I’m not the biggest fan of Finding Nemo in the first place, though, so I’m not as excited for it for that reason. But I don’t think it’ll be a “reference-heavy dilution” as you say.

Kip: I had to review the fourth Ice Age movie years ago and it was THE WORST. Drake and Nicki Minaj voiced wooly mammoths in that one. As for me, I’m keeping my fingers crossed for Finding Dory since I think Finding Nemo has a legit claim as the best Pixar movie — it’s Top 5, at least. To answer your questions, Javi: No, I don’t care for Jared Leto. His Oscar win for Dallas Buyers Club is legitimately one of the most baffling choices the Academy has made in recent years. I mean, Barkhad Abdi and Michael Fassbender were right there. But I’m curious why Josh Gad gets no love from you, Javi. He’s been pretty delightful in just about everything, even when the project itself isn’t great.

Javier: Did you see Pixels or anything else that he’s done since Frozen? Dude is just grating AF!

Kip: To each his own, I guess. Final question: What movie, big or small, do you hope does well? I’m hoping The Founder is a big hit and gets a slew of Oscar nominations. Why would I hope a movie about McDonald’s gets that much attention? For starters, it’s got my man Michael Keaton as Ray Kroc, plus Nick Offerman and John Carroll Lynch as the McDonald brothers. But it’s also been drawing comparisons to my favorite movie of the decade so far, The Social Network. It would be nice to see a (hopefully) well-crafted movie for adults that’s not based on a comic book or video game have a little success.

Javier: As far as indies go, I’m rooting for The Lobster. Although it stars Colin Farrell and Rachel Weisz, it stands as Greek director Yorgos Lanthimos’ first stateside effort. The premise is weird — single people are sent to a retreat to find a partner, otherwise they’re turned into animals. Farrell’s dog is actually his brother. The movie feels like it’s dark but romantic at the same time — like a more depressing Eternal Sunshine of the Spotless Mind. How about you, Jonesy?

Angela: Both of those sound awesome! Indies are fun to see in the summer when the bigger films begin to wear you out. I’m not sure if these really count as independent films, but I’m kinda looking forward to a few of the scary movies coming out this summer. The Conjuring 2 looks promising. The first one was really well done and super creepy. Yes, there were the typical jump-scares, but I felt more invested in the characters than I do in other horror movies. Also, Lights Out looks like it might keep people up at night. Of course, part of the fun of the “scary” movies is seeing them in the theater with a jumpy crowd. That always makes for a fun night.

Kip: Also, let’s not forget to mention some of the fantastic repertory screenings taking place this summer — including the re-score of Alien that we’re hosting! The Texas Theatre is also showing a John Carpenter retrospective leading up to his performance at the Majestic on June 24. And that legendary venue will also host a marathon of the original Star Wars trilogy in August. So the good news here is that, if the new stuff is at all lacking, we can always rely on the trusty standbys.